We just took a gander at the platform highlights for Android 3.0 and came away a bit impressed. It’s a shame that this version of Android is only available for tablets starting out. (Though we’re sure some of you XDA-bred folks will cook some interesting things up nonetheless with the SDK that is now available.)

For starters, the UI is overhauled. We knew that before. They’re calling the new look a “holographic” design – it looks and works just as futuristic as they describe it here. The notification bar is now know as a “system” bar, where you’ll have a central location for status messages and notifications, navigation buttons (for buttonless tablets), and phone status.

An “Action Bar” is a contextual dynamic bar that changes depending on what application you’re in. Think of it as the top bar in Mac OSX – most application settings will present themselves here, as well as other information defined by developers. Sounds awesome.

Then there’s the new multi-tasking: it’s ALMOST like the Pre-style system you guys have been waiting for. Instead of getting an icon and an application name for recent apps, you’re also given a visual look of the state you last left the application in.

They detail a redesigned keyboard and a new text editing system – something that was already introduced with Android 2.3. All of the standard sets of apps – such as YouTube, Gmail, Contacts, Email, the Gallery, and the browser – have all been updated and takes great advantage of the screen real estate you’d get from a tablet. 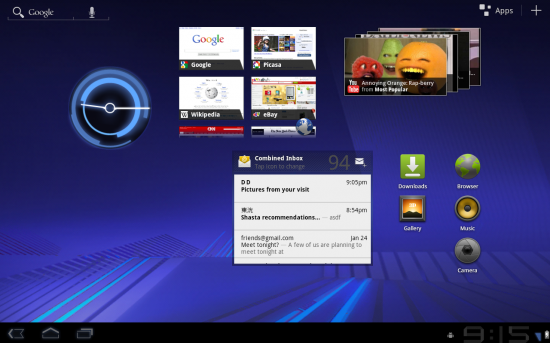 For developers, taking advantage of all that stuff is as simple as it can be with the updated SDK. You’ll be able to take advantage of high-quality, great-looking and functioning widget systems, the action bar, richer notifications, and more. 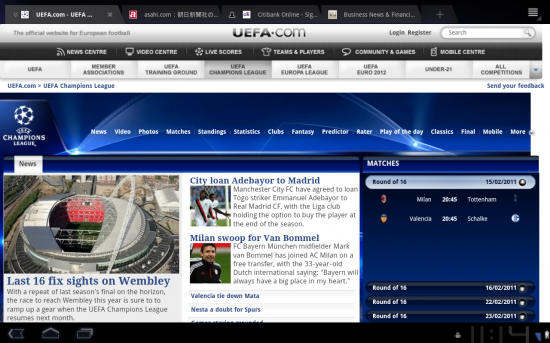 Developers will be able to create their applications to be mindful of a multicore architecture, as well – something that will be a godsend for many of you once the industry inevitably moves toward dual and quad core architectures.

I didn’t get extrmeely deep with everything here, but that’s what the Android-Developers site is for. Go ahead and check out the new highlights for yourself, and for you developers, new versions of the SDK, the NDK, and Android Development Tools are all available to help you get started. 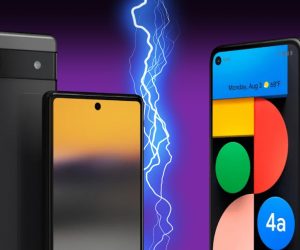