HTC Announces the HTC Gratia — An Android 2.2 Aria for Europe 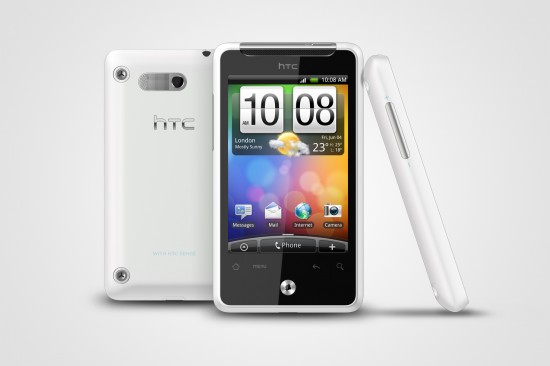 What do you get when you take an HTC Aria, slap on Android 2.2 and some new color schemes and announce it by a different name? The HTC Gratia, a familiar face to join the smorgasbord of handsets from the Taiwanese manufacturer headed to Europe. The Gratia rounds out a lineup of phones that includes the upcoming HTC Desire Z and Desire HD, both of which offer Android 2.2 with a new iteration of the HTC Sense UI. That new Sense won’t be making its way to the Gratia, which retains an older version of the interface overlay.

For those unfamiliar, the Gratia offers a compact and lightweight mid-range Android smartphone. The phone hovers right around four inches in size and four ounces in weight, and features a five megapixel camera. It will be available in charcoal black, forest green, and pearl white color options when it lands on European carriers this November.

Combining style and functionality, the sleek and compact HTC Gratia features a seamless wrap-around soft-cover that eliminates hard edges and a five megapixel colour camera with auto focus. At just over four inches in length and weighing 4.06 ounces, it packs power thanks to Android 2.2 – the latest version of Android.

HTC Gratia also embodies the acclaimed HTC Sense™ experience, which places you at the centre, by making your phone work in a more personal and natural way, while providing unexpected features that put a smile on your face. It also offers you more ways to stay connected with Friend Stream – an application that brings all of your Facebook, Twitter and Flickr updates into a single, organized flow of updates – making keeping in touch with friends on social networks even easier.

“HTC’s mantra is to provide a unique mix of experience and choice to people using our phones,” said Florian Seiche, President of HTC Europe, Middle East and Africa. “HTC Gratia offers something completely different. Its compact size, beautiful design and power with Android 2.2, combined with its personalised experience through HTC Sense, is uniquely compelling. We can’t wait to bring HTC Gratia to our customers in Europe.”

Availability
The HTC Gratia will be available through mobile operators and retailers across major European markets from November 2010.

About HTC
HTC Corporation (HTC) is one of the fastest growing companies in the mobile phone industry. By putting people at the center of everything it does, HTC creates innovative smartphones that better serve the lives and needs of individuals. The company is listed on the Taiwan Stock Exchange under ticker 2498. For more information about HTC, please visit www.htc.com.