We’re getting close, guys. Rovio promised a release of Angry Birds would be up in the Android market by the end of this week. While we’re not sure about the status of that window, we do know that they are very close to a final release. They’ve given us the opportunity to take an early look at the game ahead of launch, and it’s mind blowing. Angry Birds is still Angry Birds, of course, but the amount of content to be had here is insane. Perhaps I’m just used to games on Android not coming with much substance, but there’s enough here to keep me busy for a lot longer than I’d like.

They made a few changes to the main user interface – notably on the start and level select screens. While the old interface was nowhere near bad by any means, things look a lot more polished here. For instance, instead of putting all of the Twitter, Facebook, Youtube, and other buttons on the bottom, everything is grouped into two collapsible buttons for easy access. It isn’t the biggest change in the world, but it makes for a cleaner look and feel.

Going beyond that menu gives us the level select screen where you can find three sets of levels. In the first set – dubbed Poached Eggs – you can get a possible 189 stars out of 63 levels.

There’s also another menu called Golden Eggs. As I’m not familiar with the iPhone version, I’m not sure what this menu is for. I’ll do a bit more digging around later, but for now just know it’s there. Other notable additions include better multitask support compared to the beta version. This is the reason the game was delayed in the first place, and I’m so grateful they’ve taken the time to add it. It was so annoying to leave the game before as you’d have to start from scratch every time. Now, you’ll be taken back to wherever you left off (the game simply pauses if you’re in the middle of launching one of those angry feathered fellows.) 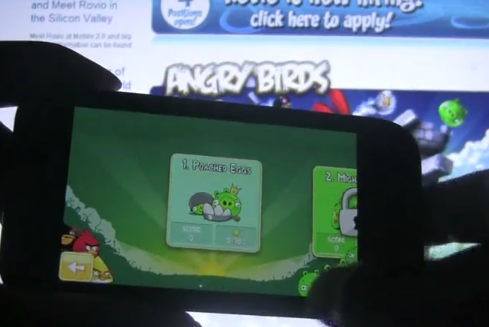 Look out for the full version of Angry Birds to hit the Android market sometime this week, and we’ll be back with a better look at the game after we’ve had some more time to play with it. For now, go ahead and download the beta if you haven’t already by searching for “Angry Birds” in the Android market.

[Update]: As another commenter pointed out, I mistakenly counted an extra three levels for the Poached Eggs set. After correcting my mistake, the number of possible attainable stars do match up.

[Update]: After doing a bit more research – as any ill-informed person should – I’ve learned that the Golden Eggs are basically easter eggs. You simply find special eggs hidden throughout the game to unlock them in that menu. Awesome. Now I’m off to actually play this game thoroughly. 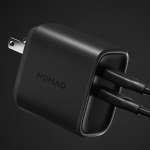 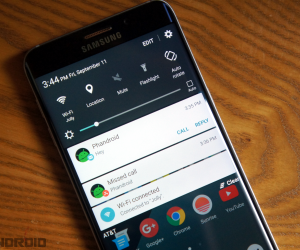