The Numbers No One Wants to Talk About in the Android vs. iPhone Sales Battle 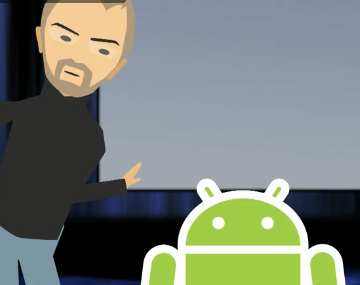 For all of those shocked and awed by the Apple’s announcement that as of last Friday they had sold 3 million iPhone 4 handsets, I’d like to take a moment to direct everyone’s attention over to John Battelle’s Searchblog. In his post he takes a rather bold stance, one much of the blogosphere hasn’t even entertained the idea of since Steve Jobs used the smoke and mirrors sales figure to distract our tech reporting peers from what has been dubbed “antennagate.” Kind of like shaking some shiny keys in front of a bunch of spoiled babies or dangling a ball on a string in front of a kitten. I can’t really put it any better than Mr. Battelle did, so take a gander at this excerpt from the full post that delves into a bit of simple arithmetic to show that the 3 million figure might not be that impressive after all:

“3 million phones in 23 days – that’s a pretty strong clip, the fastest sales of an Apple phone to date, Mashable reports. If I do the math, that’s more than 130,000 phones a day.

But did anyone in the press notice Google’s little announcement, the day before Apple launched its iPhone 4? This one? The one where Google said, and I quote: ‘Every day 160,000 Android-powered devices are activated — that’s nearly two devices every second.’

Yep, that’d be 30K MORE phones a day than Apple. And my guess is that Android’s pace is accelerating, while the iPhone 4 is probably sliding downward, given how many folks bought it at launch (Mashable reports that 1.7 million were sold in first three days, so 1.3 million the next 20 days). In fact, if you do THAT math, and divide 1.3 million by 20 days, you get 65,000 iPhone 4s sold each day, which is nearly 100,000 less, PER DAY, than Android phones.”

Granted, there is no denying that for a single handset a sales number of 3 million is beyond astounding, but we’d also venture to say that if iOS was dropping on the same number of smartphones as Android and at the same frequency the figure would be spread out quite a bit more — just as is the case with Google’s platform. If anyone should be scared about the number of phones flying off the shelves it certainly shouldn’t be Google in this case.

Will Android ever topple the iPhone? There will at least come a time where the two are no longer separated by as wide a gap in market share. A time when Google’s platform sits at the same level. Only true innovation and the continued release of simply killer Android phones will prove if Google has what it takes to become the top dog in the handset world.

[thanks to Rob Isakson for sending this in!]