The theme of the announcement was that Froyo was built with 5 “pillars” in mind.

Performance & speed: The new Dalvik JIT compiler in Android 2.2 delivers between a 2-5X performance improvement in CPU-bound code vs. Android 2.1 according to various benchmarks.
New enterprise capabilities: We’ve added Exchange capabilities such as account auto-discovery and calendar sync. Device policy management APIs allow developers to write applications that can control security features of the device such as the remote wipe, minimum password, lockscreen timeout etc.
Faster, more powerful browser: We have brought the V8 JavaScript engine to the Android browser as part of 2.2. This has resulted in a 2-3X improvement in JavaScript performance vs. 2.1.
Rich set of new APIs and services: New data backup APIs enable apps to participate in data backup and restore, allowing an application’s last data to be restored when installed on a new or a reset device. Apps can utilize Android Cloud to Device Messaging to enable mobile alert, send to phone, and two-way push sync functionality. Developers can now declare whether their app should be installed on internal memory or an SD card. They can also let the system automatically determine the install location. On the native side, a new API now gives access to Skia bitmaps.
Additions to Android Market: Android Market provides Android Application Error Reports, a new bug reporting feature, giving developers access to crash and freeze reports from users. Developers will be able to access these reports via their account on the Android Market publisher website.

We saw all of these things in action at the keynote (as I’m sure you have if you were watching the live stream), and everything looked too delicious to resist. The V8 engine really does make a remarkable difference in javascript performance as the Nexus One used to demo Froyo 2.2 smoked the iPad in comparison.

They also confirmed that Froyo would be getting the JIT compiler that was hinted at a little while ago from an Adobe developer. In the demo they used to demonstrate this, the 2.1 Nexus One lagged terribly in comparison to the 2.2-enabled one. If you thought your Nexus One was already fast, then you really haven’t seen anything yet.

Google’s embracing their enterprise users. There was always a stigma that Android wasn’t “ready” for the business scene. If you still believe that, then you can throw all of that out of the window thanks to Android 2.2. Enhanced Exchange support gives you native account auto-discovery, calendar and contact sync, and other features that will be attractive to security buffs such as remote data wiping, minimum password characters, and more.

One of the most exciting things we saw pertained to how Google’s treating app data and storage. You’ll soon be able to move to any other Froyo/2.2 device and not lose any of your app data when your apps are brought along with it. The developers need to implement this functionality themselves on an app-by-app basis, but I’m sure no one will have a problem adapting to that sort of standard when a huge gripe of the community has been the need to re-setup all of your data and settings upon reinstalling something.

Developers are even being given the option to allow their applications to be installed completely to the SD card. I would like to see some functionality to facilitate this that doesn’t rely on the developers implementing it, but it’s still a very exciting feature that I’m sure will become a fan favorite as time goes on. With widespread support and use of installation of your apps to an SD card, Google will essentially (and eventually) solve the problem of limited storage to install apps. I stress eventually because we still have to bank on most of the Android nation getting updated to Froyo 2.2 sometime in the future.

Another very cool API they’ve introduced is called Cloud to Device Messaging. This means that – using Android’s “intent” call – you get real-time, two-way synching between your phone and any web-app that would take advantage of it. One huge feature that showed this off was the ability to browse apps on a web-based Android market and send them straight to your phone: you can install apps without even having to look at your phone. Note that while this feature will be supported in Froyo, the sight may not be launched with Froyo: that’s still a bit down the timeline.

Google’s pandering to the developers a bit more with new market features, as well, such as giving users the ability to send bug reports upon an application’s crashing. You’re able to give your own comment with the log report and send it off. The developer can then access any bug reports they’ve gotten via their dashboard in the Market back-end. This streamlines a VERY important process in making sure that buggy and crashy apps get taken care of as soon as humanly possible.

Other market features include the ability for the user to update all of their applications in one click, as well as the option of allowing applications to auto-update on a one-by-one basis. With this and the aforementioned crash support, Google’s making sure you spend more time in the market exploring new apps than dealing with the ones you already have installed. It’s also just great for everyone’s sanity (I’m not the only one that dreads having to update even just 10 apps at a time. I can’t imagine those with 40+.)

Other great additions were shown off at the keynote, too, such as Android’s HTML5 support that will enable your browser to access your phone’s sensors. One obvious use-case for this has always been accessing location features using GPS, but now you can look forward to full camera and accelerometer support, as well. They weren’t clear on whether or not this would be ready for Froyo 2.2, but it was pretty cool to see the browser version of Google maps rotate based on the direction you turned your phone in and I hope we’ll see some very innovative uses for this enhanced support soon.

Google also confirmed that tethering and WiFi hotspots would be officially supported in Android. It will give you the usual round of options such as setting your SSID, your encryption type and password, and will be just as easy as connecting like you would any traditional wireless router. Something strange to note: they specifically noted you could do this to connect a Windows or Linux PC, but didn’t mention Mac OS. I would bet my money that this works with the Mac OS, however, as they joked at the keynote that you could use this to connect your data-less iPad while you’re on the move.

Let’s not forgot one of the biggest reasons why Adobe and Google are now best friends: Flash 10.1 Mobile will be introduced in Froyo. They demonstrated a use-case where Vic’s daughter wanted to play her favorite game at Nick.com on his iPad, but couldn’t thanks to the iPad’s lack of flash. Introduce the Nexus One, Android 2.2, and Adobe Flash. Everything worked just as smoothly as we believed it would. There were no noticeable hiccups to be found in the implementation they showed off, but the demo was running for a short period of time.

Other than all of that, all we’re missing is a date for Froyo. As of now, the SDK and Preview is available to developers for download (we know Steve Kondik/Cyanogen was watching the source tree for AOSP closely before the event) but a public release for installation has yet to be determined (the only timeframe we’ve gotten has been “within the coming weeks”.) As for device availability? We expect Froyo will be available for a couple of “pure” Android devices, starting out, such as the Nexus One and Motorola Droid, but HTC has noted that you most likely will be getting Android 2.2 if your phone was made in 2010 (sorry, Droid Eris users, you just missed the bill).

Did you watch the keynote for yourself? Were you following us on Twitter for the latest and greatest in updates? What did you think of everything that was announced today? And will you need a napkin after you’re done foaming at the mouth thanks to all of this juicy info? 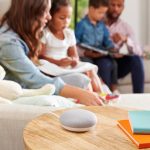