A legislator in Maine wants to make cell phone packaging come with a distinct warning message that they can cause brain cancer. Some countries do have these warnings but they aren’t required anywhere in the United States and since no scientific consensus has been reached, it’ll probably be a difficult bill to have passed. The issue at hand is electromagnetic radiation and when the devices is placed directly next to your head during calls… I’m sure you get the idea.

Whether you agree with Andrea Boland (the representative behind the initiative) or not, I think you would find it hard to disagree with the following:

While there’s little agreement about the health hazards, Boland said Maine’s roughly 950,000 cell phone users among its 1.3 million residents “do not know what the risks are.”

This isn’t directly Android related but I think this is an important issue that needs to be addressed – much like texting while driving. Much like people have no clue how a car actually works – they just put in gas and it goes – the same is true of technology. We just turn on our phones and they make calls but seldom do we think about what actually transpires to make that possible. 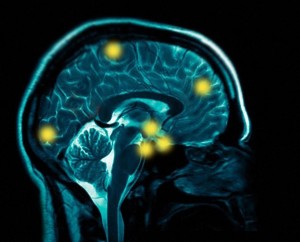 Think about it: your cell phone and wi-fi signals are powerful enough to go through houses, walls, and barriers of all sorts. At any given time there are signals from dozens of different sources flying through the air and invisibly bouncing off objects and emitting some type of signal. If these signals can go through walls… don’t you think they can probably go through your body?

These various technologies haven’t been around for too long in the grand scheme of things. But now it would be hard for you to go somewhere in public without seeing a cell phone or being within reach of a Wi-Fi network of some sort. A few decades down the road will we be realizing the negative impact our technologies have had on us? Hundreds of years down the line, will this have a hand in the evolution of mankind and the human body?

Sure, it’s just a cell phone… but I think its fair and necessary to think about the larger and long-term implications that could potentially be caused by our immediate need for convenience, communication and entertainment. Let’s hear from you – whaddaya think?

After doing out usual smartphone camera test with the new OnePlus Nord, we’ve transitioned into our camera comparison phase to see how the dual-camera setup on the back and dual-camera on the front of the Nord compare to other smartphones.