This morning we decided to search the webs high and low for stuff in the happenings that we may have missed or simply popped up over night – in case ya missed it elsewhere.  Rather than spit out several articles for each one we’re going to save RSS readers everywhere a very minimal amount of work and consolidate it all into one for ya. 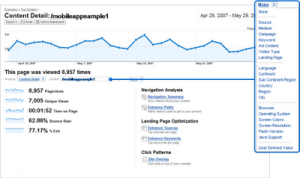 “Last week, we introduced expanded mobile reporting features in Google Analytics. To help developers, this launch includes features that make it easy to see how people are using specific parts of their iPhone and Android applications. The same Google Analytics reports that provide insights into website traffic and engagement are now available for mobile apps.”

Gearlog is reporting VZW has told them tethering will become available for the Droid come 2010 using a “Broadband Access Connect” plan. Expect a $15 a month charge and 5GB/mo limit.

I first heard saw this a couple days ago, and a couple more times yesterday, but only now have I noticed a little more details being provided – and it’s coming from the guys over at AndroidandMe.

BGR posted the next Droid Commercial. Check it out: 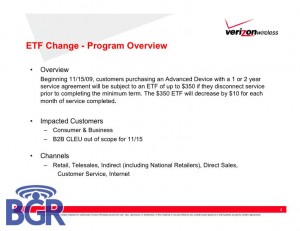 “Here’s what Big Red is working with: they’ve offered up a BOGO sale on all new BlackBerrys for the holiday buying season, and where some see a great deal, others see a great opportunity. Why not play a game of Flip My BlackBerry? Why not open a second line, get a brand new Tour or Storm 2, pay the cancellation fee on the new line of $175, and sell the device on eBay for $300 or more? Well it looks like Verizon has finally caught onto our the little game. A new connect has emerged with a few documents and it looks like starting on November 15th Verizon will be charging up to $350 as an early termination fee on “advanced devices.” This new “improved” fee does have a minute silver lining (if you can even say that): for every month of service completed, the $350 sum will decrease by $10. No word yet on what an “advanced device” constitutes but we can use our imaginations to figure it out. What do you think? Anyone considering abandoning plans to buy the DROID after hearing this news, or are you just going to get yours before November 15th? Or will you actually be an honest person and actually honor the contract you sign?”

LG and Rogers Launch the Ultimate Smartphone for Social Networking 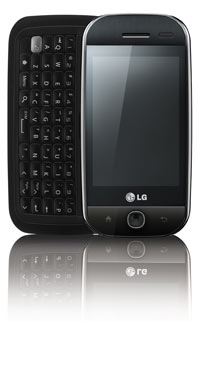 Some of the key features:

Threaded SMS, which groups SMS texts by sender and displays them like a message board for easy-to-follow reading

– A 3D gallery for viewing and sorting photos, with the ability to quickly and easily find photos by tagging favourites or using the filtering tool to sort photos by tags, face recognition or date

– Advanced Video Recording and Playback, which allows a user to play videos or make their own videos using built-in editing tools, which can then be uploaded onto social networking sites or sent to friends via email. 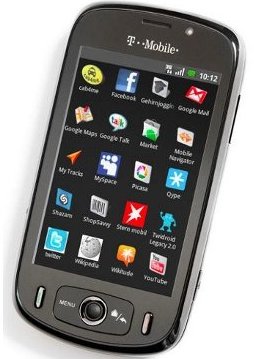 Huawei will release a “series” of Android handsets in Europe, the Asia Pacific and Latin America, the spokeswoman said in an e-mail, declining to give details. One Android phone from the company, the Huawei Pulse, is already sold by T-Mobile in the U.K.

Huawei has used low prices gained from its base in China to quickly build its main business in networking equipment, and the vendor has similarly pitched the Pulse as an Android phone for lower-end customers. Huawei called the handset the world’s first Android smartphone available on a pay-as-you-go scheme.

So there you have it guys. The roundup. Enjoy!