You know that pesky “apps can’t install to SD card” problem you’re having to root your way around?

“At the android-platform group, we’ve been hashing out a scheme for adding in official apps-to-sd support to AOSP. We have a couple of google engineers following along/helping out and are now at a state where the initial testing implementation (we’re using an incremental development approach) steps are defined in a fairly simple manner and we are ready to start at it from an actual implementation details/start coding perspective.

Basically, if implemented, it will do the following;
1) totally obsolete current hacker apps2sd approaches by allowing actual sdcard removal from device.
2) ultimately ship with devices stock (when in a state where it is easy to use, stable, and at least as secure for non-root users as internal storage currently is).
3) keep application data on the same device as the actual application with no side-effects (like internal apps being broken while waiting for second partition to mount).
4) allow MULTIPLE sdcards containing apps to be swapped on the same device.
5) allow sdcard containing apps to be swapped between DIFFERENT devices.

Note: 4 and 5 are not in the initial implementation, first proof of concept and working system, then enhancement with additional features. 4 and 5 are not requirements for inclusion in AOSP, but they are cool features that ultimately should be implemented.

What we need:
Several good developers, web storage w/source/patch management, etc.
Anyone interested, please read the thread to get an idea of the current state of thought, and please don’t pollute that thread with nonsense. There is a current state of organization, and though not set in stone, it should be considered as NOT open for major architectural changes (i.e., the google engineers don’t have any major problems with the proposal that we can’t work through). Minor glitches and implementation details will be handled along the way. If you must pollute a thread with nonsense, use this one.” 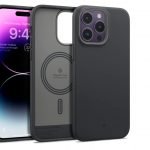