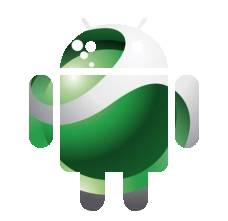 T-Mobile USA’s summer lineup along with release dates has been leaked by what TMOnews calls a “trusted tipster” spurring new speculation about an upcoming Sony Ericsson Android phone. The list of release dates featured the T-Mobile G2 (aka HTC Magic) but notes the date as TBD. What’s more interesting is a device listed as “Sony Ericsson CS8” with the following note: “(8mp camera? Is this the Android device they’ve been talking about?)”

The CS likely stands for Sony Ericsson’s Cyber-Shot product line which consist of camera-centric phones with that “8” likely standing for the number of megapixels the phone is packing. So how does this tie into the possibility of the Sony Ericsson CS8 running Android?

That Android note TMOnews makes links back to our own article published in early December 2008 about Sony Ericsson launching a high end Android handset in the Summer of 2009. Right now any Android device in the United States is going to launch on T-Mobile or Sprint and this is (reportedly/rumored) T-Mobile’s full Summer 2009 lineup. So if Sony Ericsson is still on track for a Summer 2009 launch and this list of leaked launch dates is accurate, it isn’t a ridiculous presumption to make.

At this point we’re making presumptions and not assumptions because when launch dates in the mobile world are concerned, even the most trustworthy rumors hold limited weight. Especially considering it is Android we’re talking about, there is no telling if the Sony Ericsson CS8 is an Android Phone or not. But we’re going to try to will its way to truth.

And this isn’t just us Phandroids gushing haphazardly over the possibilities, check out the others who are drawing the same straight line. There are others like PhoneArena and SEMCBlog making the same connection… but WAIT!

The SEMCBlog also dug up 2 different WAP profiles on the Sony Ericsson site:

Both of these devices list the screen size as 240×320 and no sign of Android can be found. If anything can be learned from Kogan its that these devices are unlikely to run on Android OS. So we have another question mark in our T-Mo/SE summer stew.

How do all of these pieces of evidence come together in the grand scheme of things? Will the Sony Ericsson CS8 be based on Android and will Sony Ericsson even have an Android phone ready in time for this summer? What do you think? 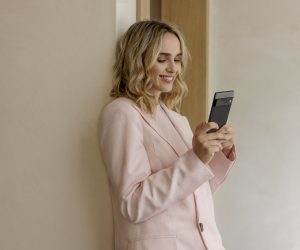 Now that Android 12 has hit AOSP, we’re beginning to see more and more smartphone makers provide schedules for when their phones will be updated. The latest of which comes from Oppo, who shared its plans for the ColorOS 12 beta program.Oppo has already started rolling out the ColorOS 12 beta to Find X3 Pro …