I just read an article on jkontherun that is a “farewell to CES” kind of post and the theme of the article is, “Where Was Android?” There is a nervous tone in the piece as if the absence of Android might signal something. Exactly what it might signal is anyone’s guess. 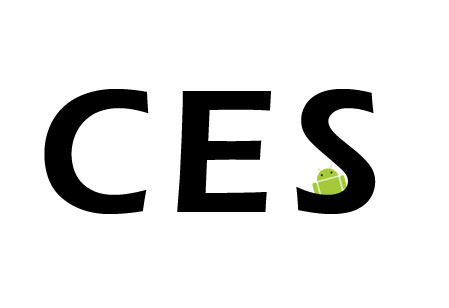 The jkontherun article mirrored many people’s sentiments – not much happened in terms of the mobile world at CES outside of Palm’s Pre/WebOS. They failed to mention the LG Watch Phone which I think was a bright spot, but that’s beside the point. Android DID appear in the form of netbooks and parallel hardware but that’s not what people were looking for. They noticed that Android was absent on the mobile side of things and I’ve heard several people voice their nervousness.

The entire economy is struggling. This includes Motorola who might not see the end of the year if Android can’t help save it. And while Motorola has been reeling since the Razr, its the emphasis on ENTIRE economy. A Reuters article published today painted a gloomy picture of a slowing economy and stagnating innovation which technology execs seemed to reluctantly support.

Asked when the electronics industry was likely to recover from the downturn, Shutoku Watanabe, executive vice president of Hitachi Ltd’s consumer business group, said: “I wish you could tell me.”

“We’d probably better mentally prepare ourselves for two more years of this,” he told Reuters in an interview, in which he said Hitachi was likely to miss its annual LCD TV sales target by as much as 10 percent.

Mobile phones aren’t alone. The simple fact is that people are spending their money on food, rent, gas, electricity and the basic necessities with less left over for discretionary purchases. There are MORE mobile phone companies competing for LESS dollars in 2009, which leads to our 2nd reason for Android’s absence.

#2 – Android Is Open, Imitation is Easier

Android is free. Manufacturers and carriers can put Android on their devices without having to pay any kind of fees or price from licensing or any of that nonsense. Google’s Android is an incredibly powerful OS that trumps the capabilities of most mobile phones on the market now. The key to beating your competitors is differentiation but with Android, half of the product (the software) is neutralized.

Now all that’s left is the hardware and integration. So why display your upcoming Android Phone for the world to see well before it goes on sale? You’re basically providing free Research & Development for your competitors who can learn what critics and analysts said about the device, improve upon it and launch an improved version with the same exact software!

With the economy being so bad, why risk it? Just keep the information internal until you’re ready to blow the roof off the house with sales.

I realize there is a huge “easier said than done” element here but I think the concept stands. I think the economy and the open nature of Android are making for an incredibly secretive development process where manufacturers and carriers do not want to reveal their plans and goals in hopes of protecting every single dollar they can.

At the beginning of this article I said these are my thoughts… but its really anybody’s guess. We’d love to hear your guesses in the comments…