Samsung Wallet is Coming to More Regions, Expanding its User Base

A while back, Samsung introduced its revamped version of its “Wallet” software feature, will let Samsung Galaxy users organize their digital keys, boarding passes, and more through a single application, working in a similar manner to Apple Pay and Google Pay. With that said, the company has announced that the service is coming to more regions soon.

More specifically, Samsung users in Australia, Brazil, Canada, Hong Kong, India, Malaysia, Singapore and Taiwan will soon be able to use the service, around the end of January this year. Samsung Wallet integrates Samsung Knox security, support for Samsung Blockchain Wallet, and even integration with SmartThings for smart home apps and hardware. Jeanie Han, EVP and Head of Digital Wallet Team at Mobile eXperience Business states:

“When Samsung launched Samsung Wallet last year, we committed to building the experience through open partnerships with our business and service providers and ensuring access to the platform for as many people as possible. Over the past several months, we’ve worked hard to rapidly expand the availability of Samsung Wallet, bringing the platform to more potential users. We look forward to sharing exciting new developments in the year ahead.”

Previously, the service was made available in 21 other countries, including China, Denmark, Finland, France, Germany, Italy, Qatar, South Africa, Spain, the United States, and United Kingdom, to name a few. 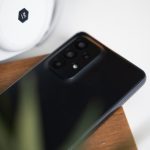 Samsung Wallet combines all your cards into one app. 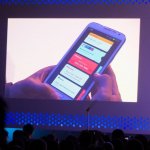