For the past few years, Google has been releasing “A” versions of its Pixel phones which are basically a more budget-friendly version of the previous year’s Pixel. This means that with the Pixel 6 having launched last year, there is a good chance that we could see the Pixel 6a launch this year.

In fact, back in November 2021 we already started seeing leaks of the phone, and more recently it was suggested that the handset could actually launch at I/O in May. Now it looks like we have the best evidence possible that the handset does exist and it is thanks to Google themselves. 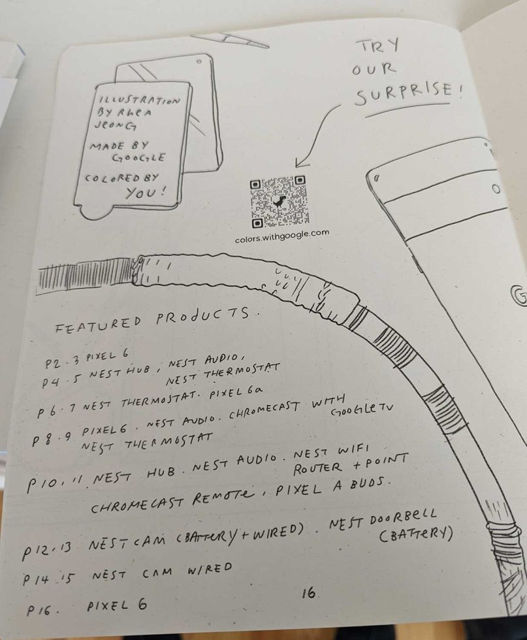 According to a report from Droid-Life, it seems that the Pixel 6a was outed in a coloring book that Google had sent to its Pixel Superfans. In one of the pages of the book, it casually mentions the “Pixel 6a” name. This is about as close as we can get to confirmation that the phone does exist, but to play devil’s advocate, there’s always a chance that it was a typo.

But like we said before, Google has been releasing the “A” series of Pixel phones for the past few years, so we don’t see why they would suddenly stop this year. At the moment, not much is known about the upcoming handset apart from some basic specs like its 6.2-inch OLED display, an in-display fingerprint sensor, and a dual camera setup on the back.

It is unclear at this point in time if Google could create a variant of its Tensor chipset to be used in the Pixel 6a, or if it could end up being powered by a chipset made by Qualcomm. Until we get the official confirmation, it’s probably best to take it with a grain of salt for now.