While Google Chat stands as its own app, it’s also been integrated into the Gmail app. Many of us have likely taken to turning off the Chat functionality from the Gmail app, but this latest update might have you changing your mind.

Earlier this week, Google announced that video and audio calls can now be started right from the Chat tab in the Gmail app. The feature was originally introduced earlier in the year, but according to The Verge and a subsequent post on the Google Workspace Blog, these features are rolling out to users everywhere. Arguably the best part about this is that the feature is coming to everyone, regardless of whether you are using it with Google Workspace or just your personal Google account. 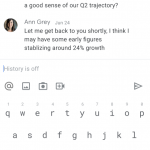 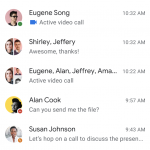 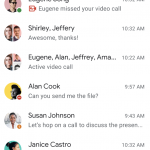 In order to start up a call, just head over to the Chat tab, select a contact, and then tap either the phone or video icons in the top toolbar. The only current limitation is that you are only able to start a video or audio call with a single person. This means that you’ll need to continue using the dedicated Google Chat app if you want to start a group call of any kind.

If you leave the main calling screen, a blue bar will appear at the top that can be tapped and will take you back into the call. In the event that you have a missed call, a red indicator will appear next to the message in your list of messages. Google also states the following, which might be a source of frustration for some:

While you can select “Join a call” from the Google Chat app, you will be redirected to the Gmail app, where the call will take place. If you do not have the Gmail app on your device, you’ll be prompted to download it via Google Play store or the App Store. We’ll provide an update on the Google Workspace Updates Blog when this feature becomes available for the Google Chat mobile app.

Nevertheless, the latest update that includes this functionality is rolling out to Gmail and Chat users everywhere starting today. It should arrive in the coming days, if it’s not already available.