Considering how difficult it was to actually place a pre-order for the Pixel 6 and Pixel 6 Pro, chances are these devices are going to be a hot commodity for the next year. This is a good thing in the fact that we should see many different case options made available, and that’s already coming to fruition following the official announcement. We’ve rounded up even more Pixel 6 & 6 Pro cases that you should consider. 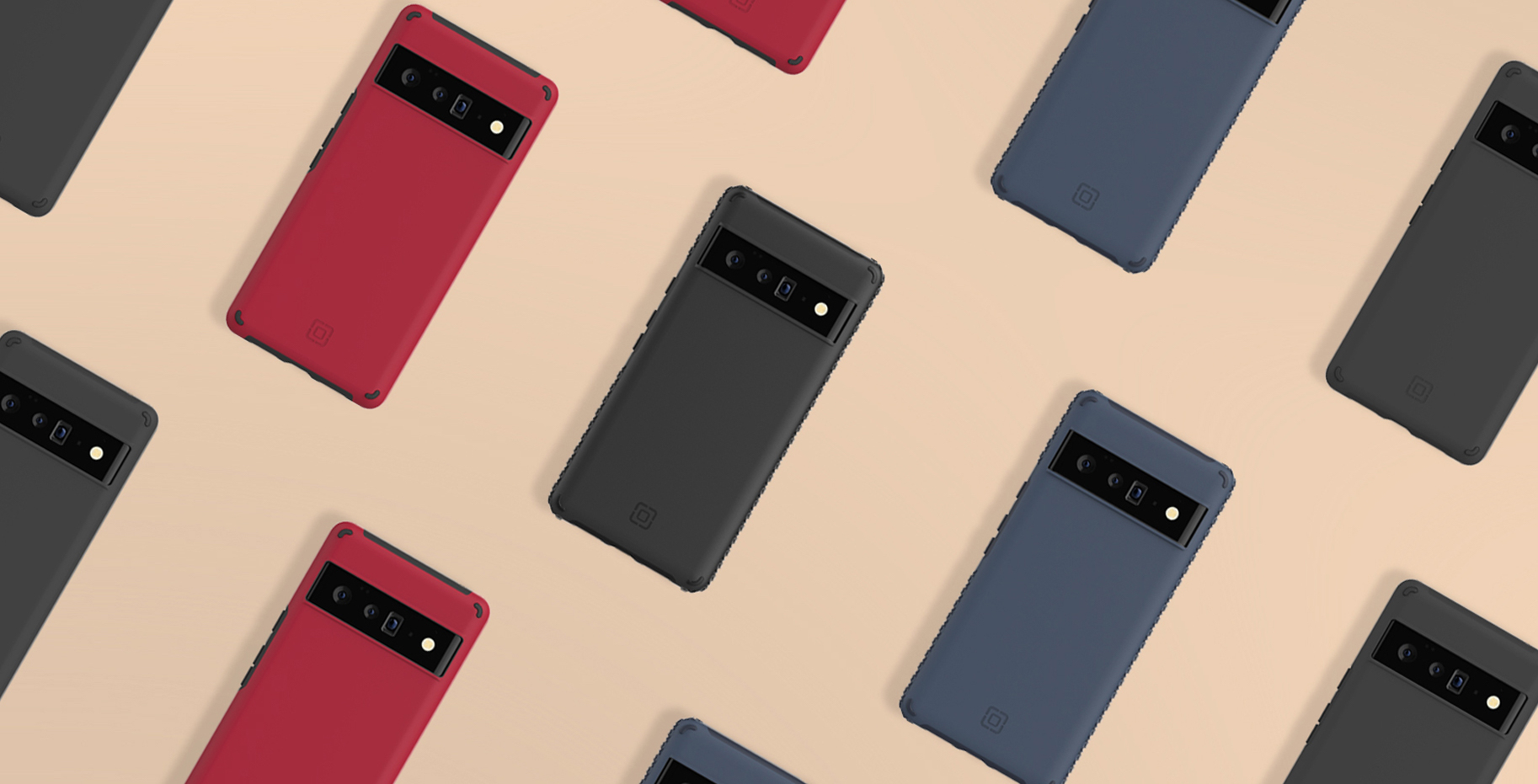 Incipio is one of the most well-known accessory brands, regardless of what kind of device or product you’re looking to protect. The company has released three different case options for the Pixel 6 and 6 Pro with the Grip, Duo, and Kate spade Defensive Hardshell.

With the Grip, you’ll enjoy up to 14-feet of drop protection, along with multi-direction grips along the edges. As for the Duo, this is a more rugged option comprised of a hard polycarbonate backplate and a soft TPU inner shell. And if you want to add a bit of flair to your Pixel 6, the Defensive Hardshell is the way to go as its both shock-absorbing and feature3s a unique flower pattern design. 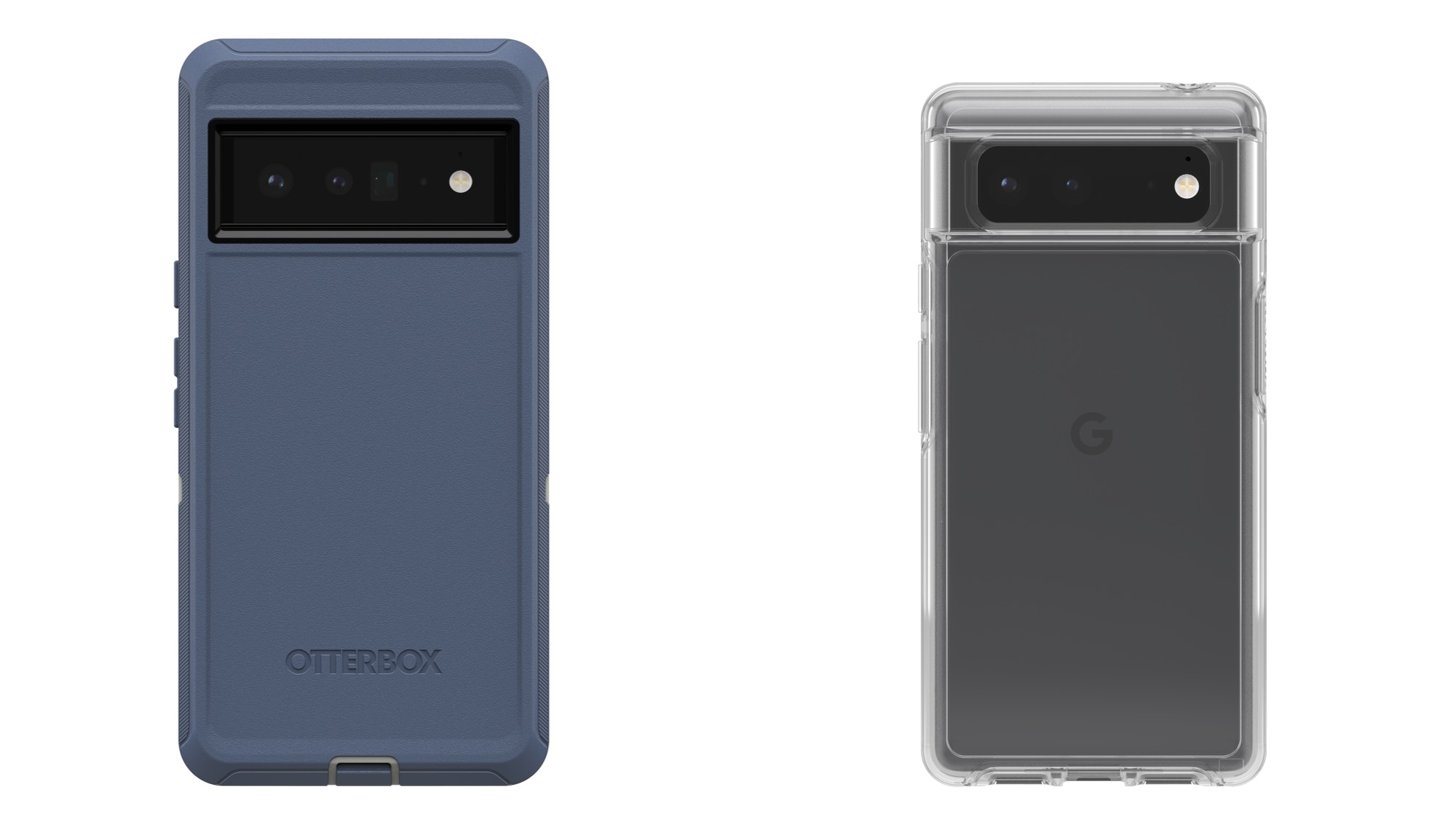 When it comes to the best protection for a smartphone, few can match the durability and reliability of Otterbox. The company has released three cases of its own, all of which we’ve seen before with other phone releases. The Symmetry offers the “entry-level” amount of protection, while the Defender and Defender Pro turn things up a notch or two. 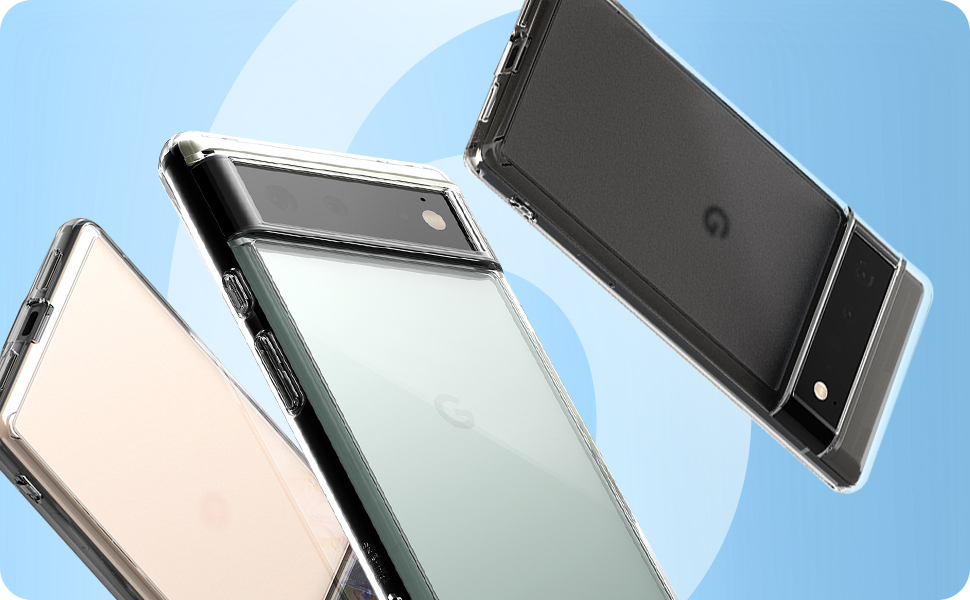 The nice thing about the Ringke Fusion is not only are you able to still show off the device since the case itself is clear, but it also includes a lanyard hole and raised lips around the display and camera module. Plus, Ringke has “fused” the TPU and polycarbonate materials to provide as much protection as possible without making the case bigger than it needs to be. 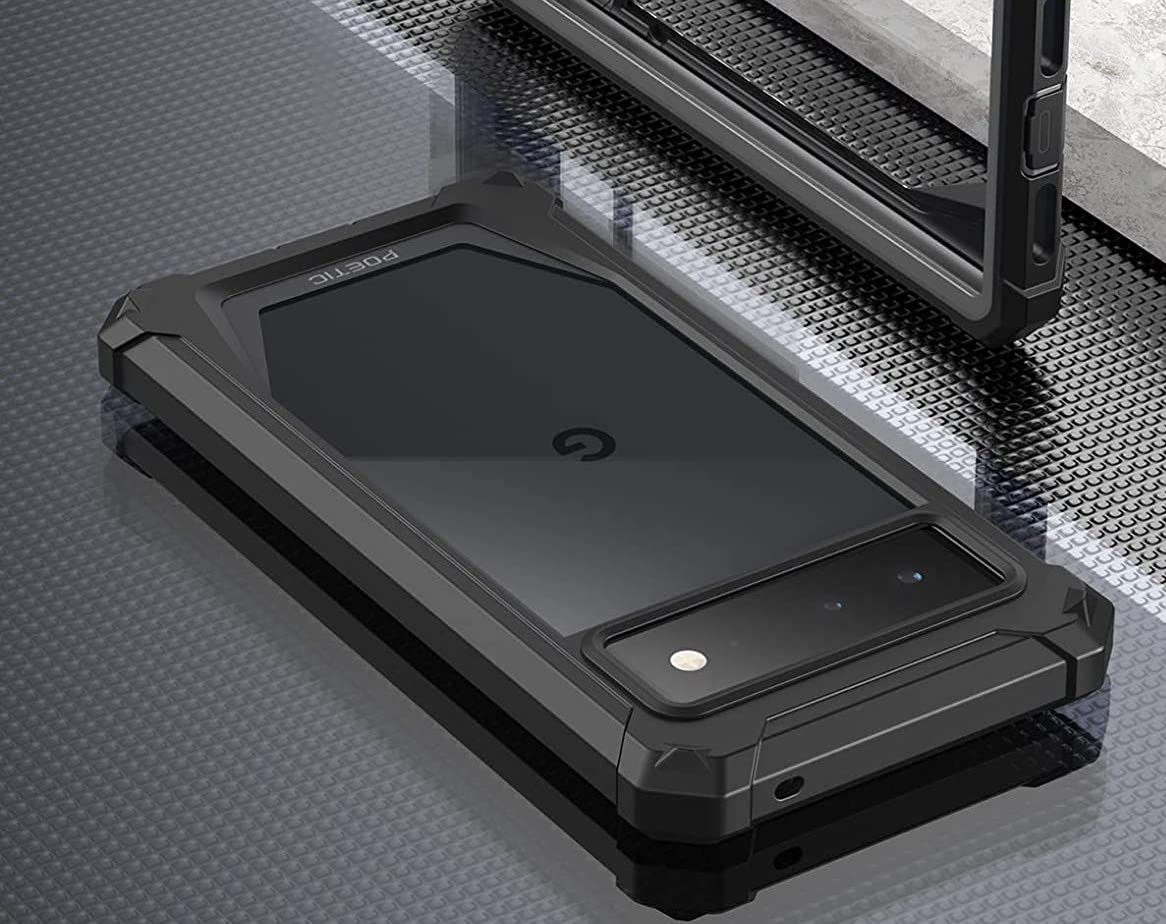 Poetic is right up there with Otterbox when it comes to ultra-protective smartphone cases, and that’s clearly evidenced by the Guardian lineup. This case offers a built-in screen protector that still allows your in-display fingerprint scanner to work flawlessly. It also combines polycarbonate and TPU materials to provide excellent shock absorption, and the company even includes an extra front frame if you would rather not use a screen protector. 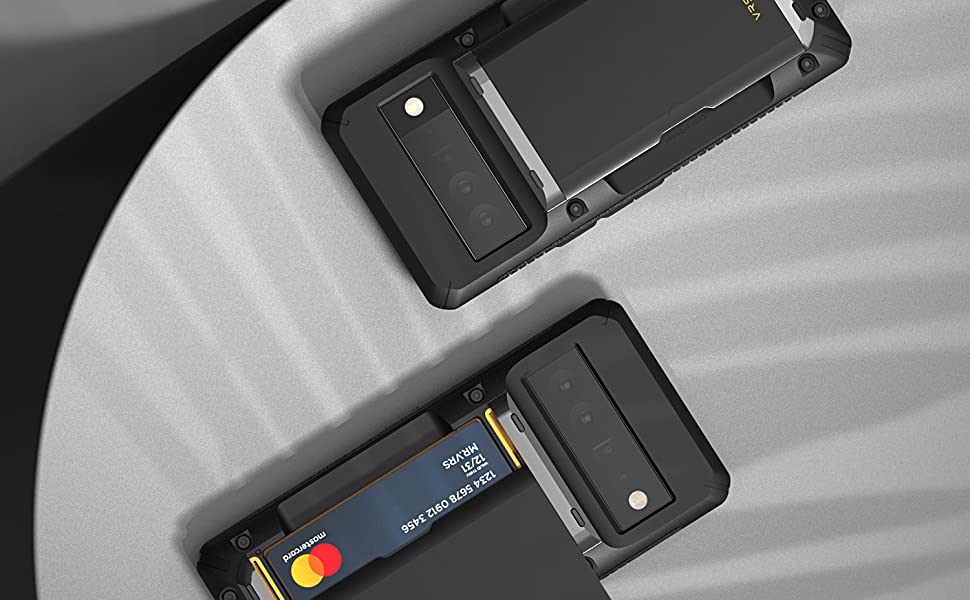 Being able to use your phone to pay for things at the store is a really nifty and useful thing to have. But you’ll still need to carry around an ID and at least another card or two while you’re out and about. Instead of throwing a wallet in your pocket, you can just grab the VRS Design Damda Glide Pro and leave everything else behind. 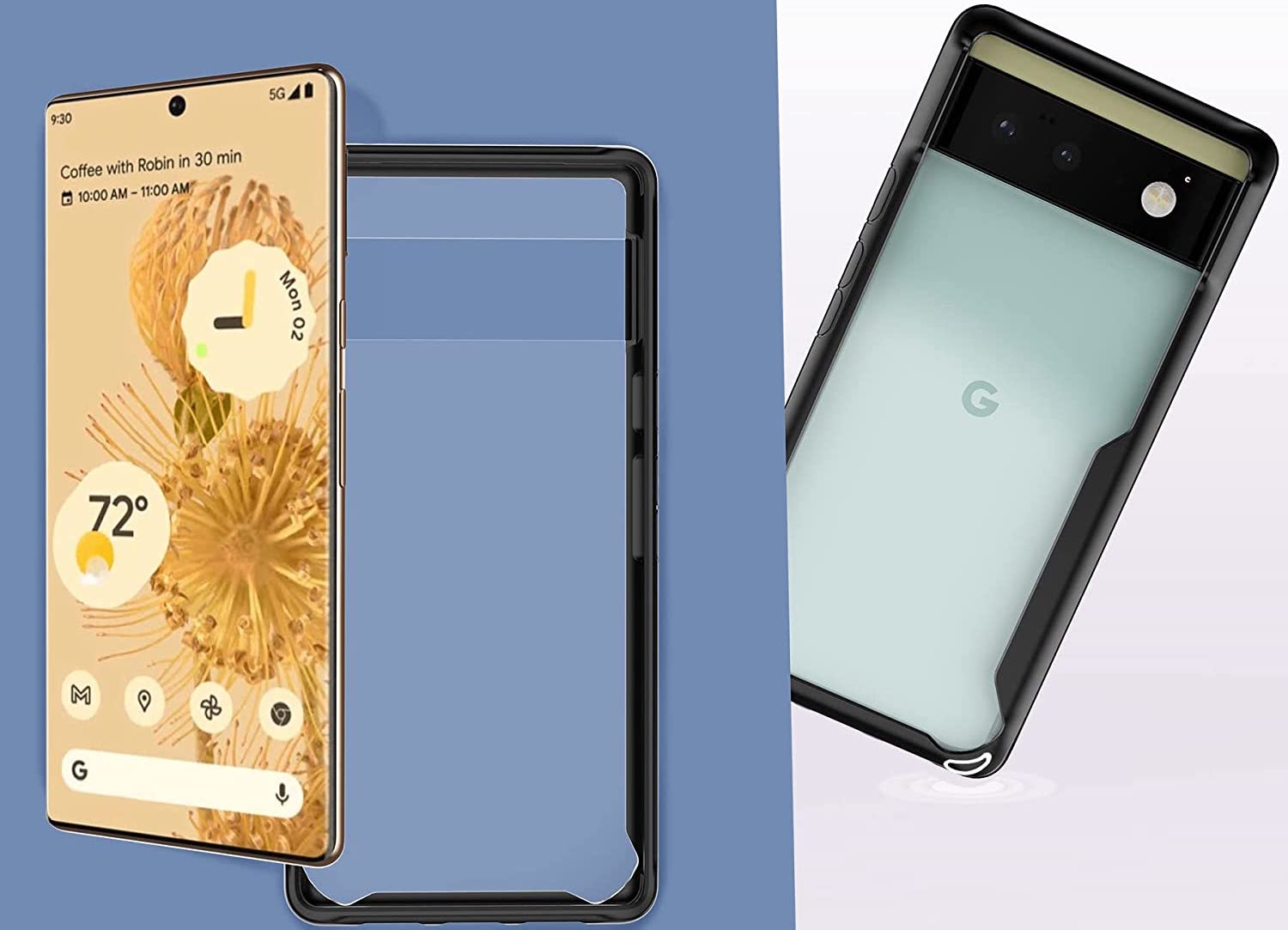 This Bumper Cover from Foluu is rather unique in its design, as it provides all of the protection that you could want, while still making it easy to show off your new Pixel 6. The sides of the case ensure that the phone won’t slip out of your hand, and the company will replace the case for free if there’s something wrong with it. 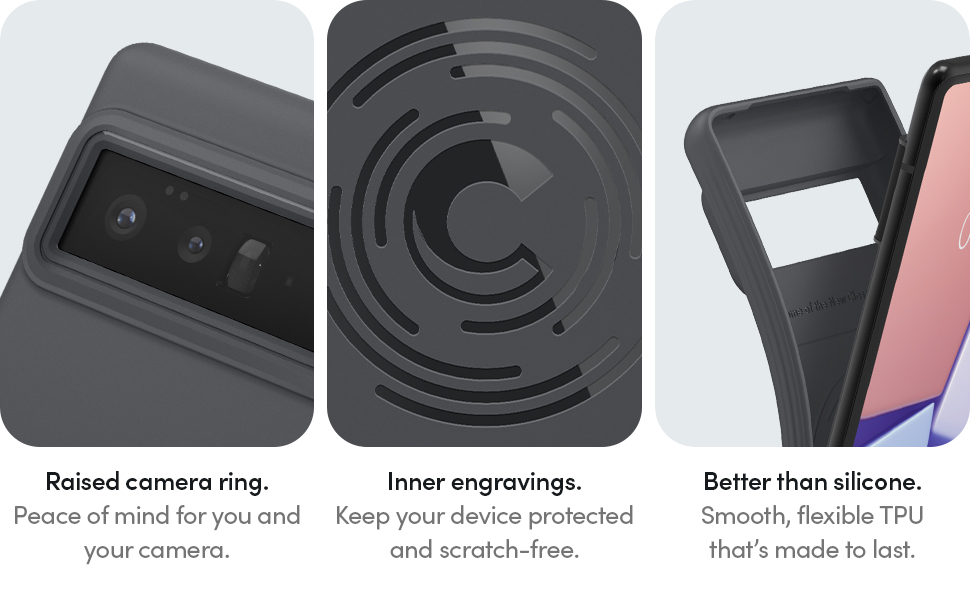 A lot of TPU cases are the same, with relatively boring designs and nothing that really stands out. CYRILL tries to take a different approach with its Stone Case, as the case not only look fantastic and comes in two different colors, but also offers engraved edges for better grip and button cutouts that aren’t mushy. 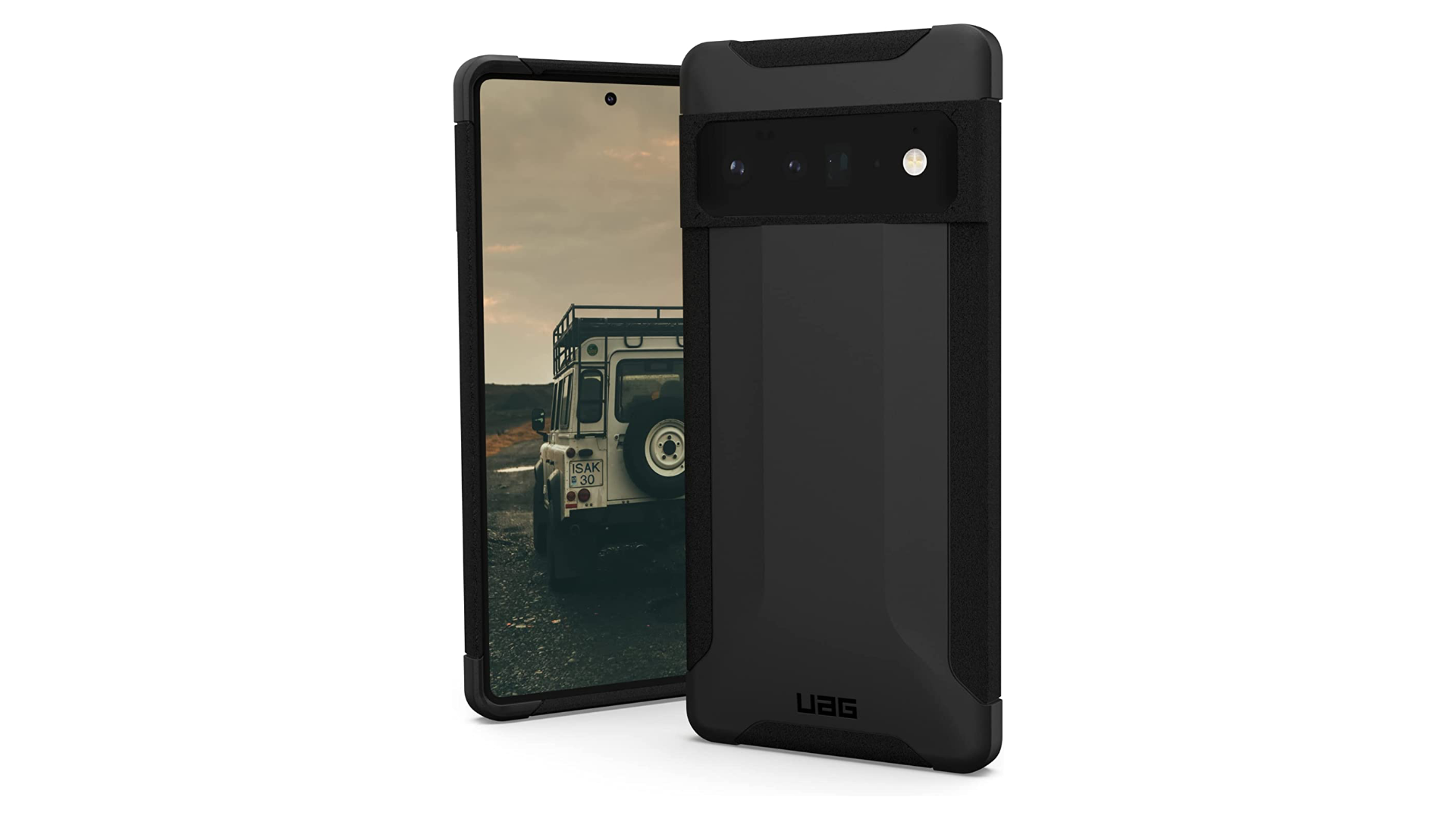 Outside of Otterbox and Poetic, UAG is another one of those companies that put protection at the forefront of its cases. You won’t find any flashy designs with the UAG Scout, but instead, just a plain-jane case with two layers of protection. The edges are made from TPU, offering extra grip, and the polycarbonate backplate snaps into place to keep the TPU inner shell in place.