With all of the focus currently landing on Google and its release of the Pixel 6, we have another smartphone coming soon that could give the Pixel 6 a run for its money in the camera department. The Sony Xperia PRO-I has just been unveiled, bringing with it a steep price tag and an incredible camera system.

On the spec front, the Xperia Pro-I looks just like your run-of-the-mill flagship in 2021. It’s equipped with a 6.5-inch OLED display with a 120Hz refresh rate and a supported resolution of 3840 x 1644. Powering the device is the Snapdragon 888 paired with 12GB of RAM and 512GB of expandable storage (via microSD).

Battery life comes in at 4,500mAH, and Sony even included 30W wired fast charging capabilities. There’s a side-mounted fingerprint scanner, and an IP68 water resistance rating, covering all of the basics that you would expect from a 2021 flagship. 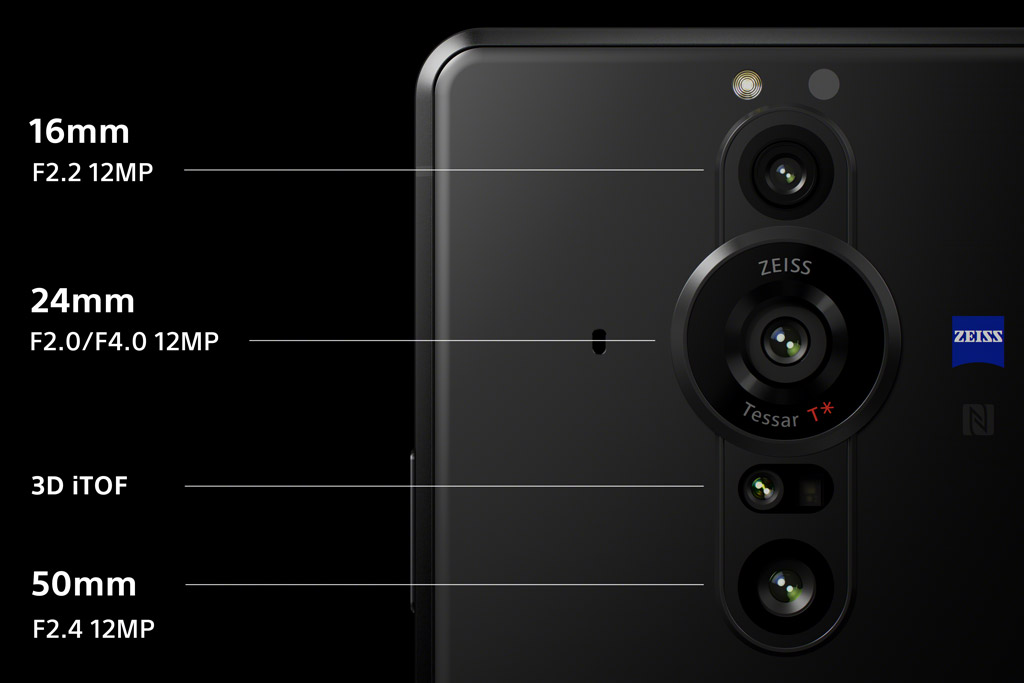 But the real “power” of the Xperia Pro-I comes via the camera system. The primary camera is a one-inch 12MP sensor, which was actually taken from Sony’s popular RX100 VII camera. Surprisingly Sony doesn’t actually make use of the entire sensor, simply due to its size, while producing 12MP images with 2.4µm microns. For comparison, this matches the Xperia Pro-I up with the likes of the Galaxy S21 Ultra in terms of pixel size, but is 20% larger than what you’ll find in the iPhone 13 Pro Max.

If that wasn’t impressive enough, Sony has implemented a 24mm lens that offers a variable aperture ranging between f/2.0 and f/4.0. Paired with this primary camera is a 12MP ultrawide lens that sits above the main camera, along with a 12MP telephoto camera at the bottom of the array. And in between the telephoto sensor and main camera is a 3D iTOF sensor. 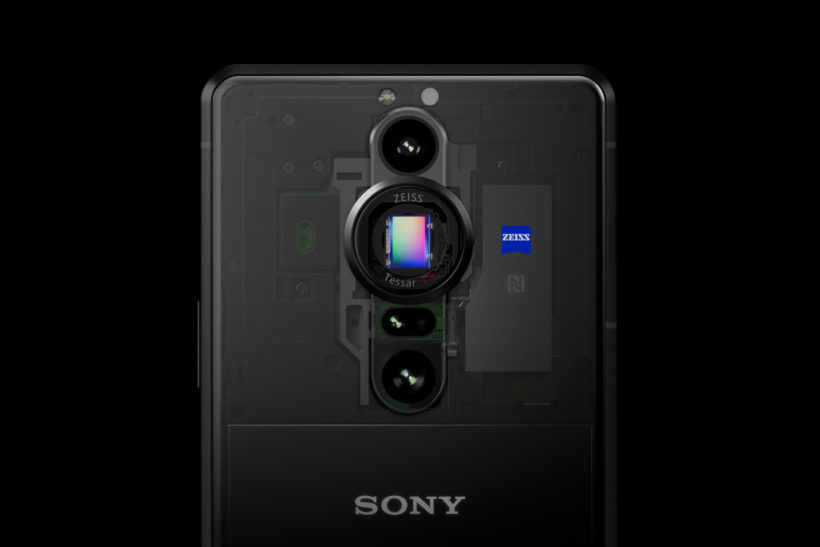 Since this was made with photographers and videographers in mind, Sony actually includes two physical camera controls. The first is a two-stage shutter key that offers a textured surface so you can just feel for it and snap your picture. The other button is a shortcut that takes you to the Sony Videography Pro app on the phone.

Speaking of video, since the RX100 VII is such a popular camera for vloggers, Sony is also releasing a Vlog Monitor. This provides a 3.5-inch display that attaches to your Xperia Pro-I via USB-C and allows you to use the main 1-inch sensor for selfies or vlogs while being able to ensure that the shot is properly lined up. 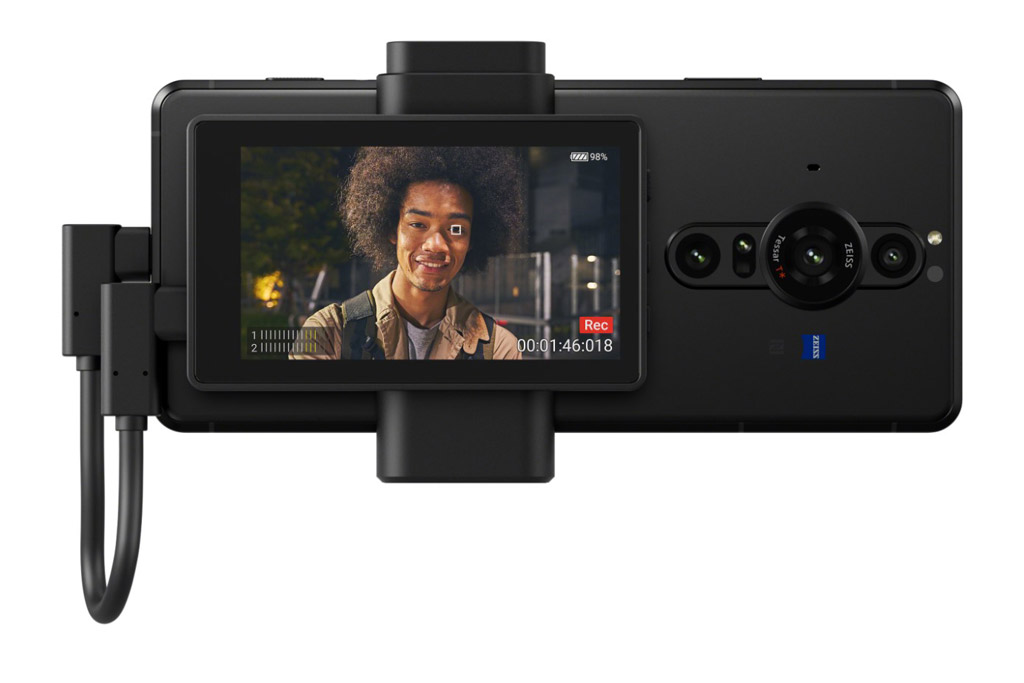 Sony has come out swinging for the fences here, but it definitely comes at a cost. The Sony Xperia Pro-I is priced at $1799, and pre-orders are set to commence on October 28th. There’s a button to be notified when the device actually does become available if you want to try and get your hands on one. As for the additional accessories, the aforementioned Vlog Monitor will come later this year for $199, and a leather cover is also being released, priced at $90.