For many, this may not come as much of a surprise coming from me, but Android tablets suck. Arguably, you get a better experience with DeX Mode on the Galaxy Z Fold 3 than you do even with the best Samsung tablets. And I’m not here to talk about things like Apple’s odd (and likely bogus) claims that the iPad (2021) with its two-year-old A13 Bionic chip is supposedly faster than the “best selling Chromebook” or the “best selling Android tablet”. While that’s probably true, my focus today is going to be more on the new iPad mini (2021).

Apple has been rumored to be working on a new version of the iPad mini for years, ditching the old design that the standard iPad retains in favor of something modern. But after numerous Apple events with no announcements, Apple finally delivered. 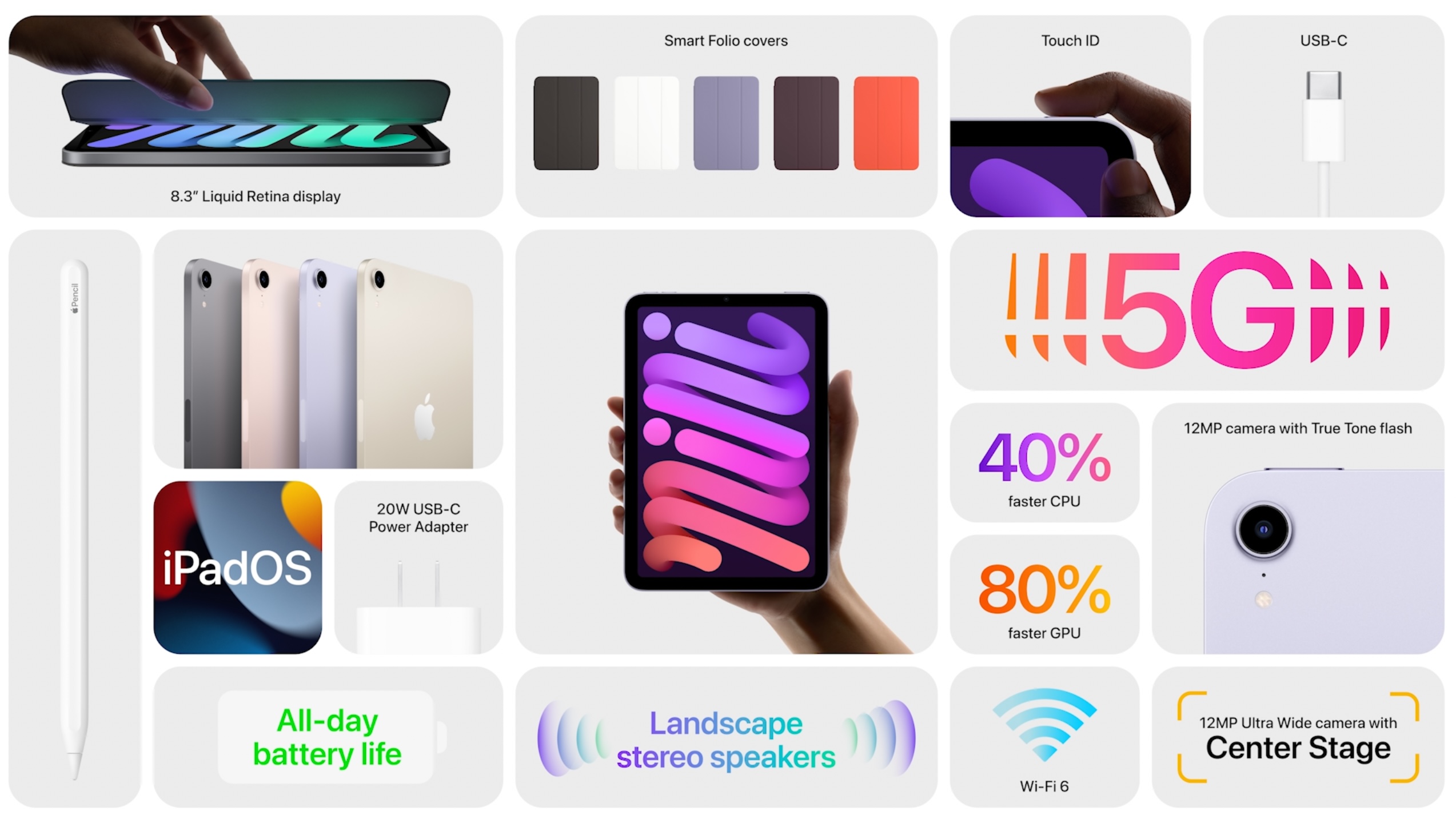 The design differences between the iPad mini and Galaxy Tab S7 aren’t all that different. Flat edges, slim bezels, embedded fingerprint scanner, improved speakers, etc. But Apple’s bread and butter is what iPadOS has to offer, along with the Apple Pencil 2.

Apple’s tablet experience has been refined so much over the years, that having an option smaller than the 10.2-inch iPad just made sense. It just didn’t make sense to do so continuing to re-use the same design from the old days.

Not only are we getting an all-new design, but the iPad mini is also using the same Apple A15 Bionic chip that is found in the iPhone 13 series that was also announced today. Between the A15 Bionic and its 16-core neural engine, you can use features such as Live Text that can pull the text out of a picture and then use that for whatever you want, including creating a contact, or just sharing information with someone else. But the text can even be translated, right from the iPad mini, and in real-time without needing to fire up a different app to do so. 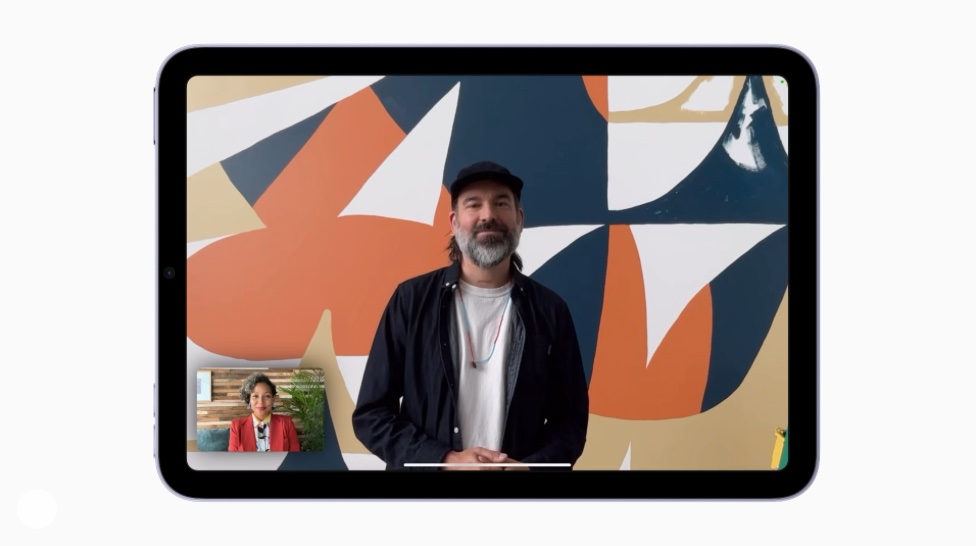 Another neat feature that you might not expect in the iPad mini is Center Stage. This was introduced earlier this year with the iPad Pro 2021 lineup, and comes courtesy of the new 12MP ultra wide selfie camera. When you’re on a video chat, Center Stage will make sure that the camera stays focused on you. And if others jump into the frame with you, the camera zooms out to try and make sure everyone is in the frame. And all of this is done without needing to fiddle with any settings or trying to manually zoom in or out.

The next “surprise” came via the price, as the iPad mini starts at just $499. The Galaxy Tab S7 has not been updated in about a year, so it’s featuring an outdated chipset already. At retail price, the Tab S7 starts at $699.99 which is $200 more than the iPad mini. And yes, it includes the S Pen in the box, but even an iPad mini plus an Apple Pencil 2 would still come in below the retail price of the Tab S7. 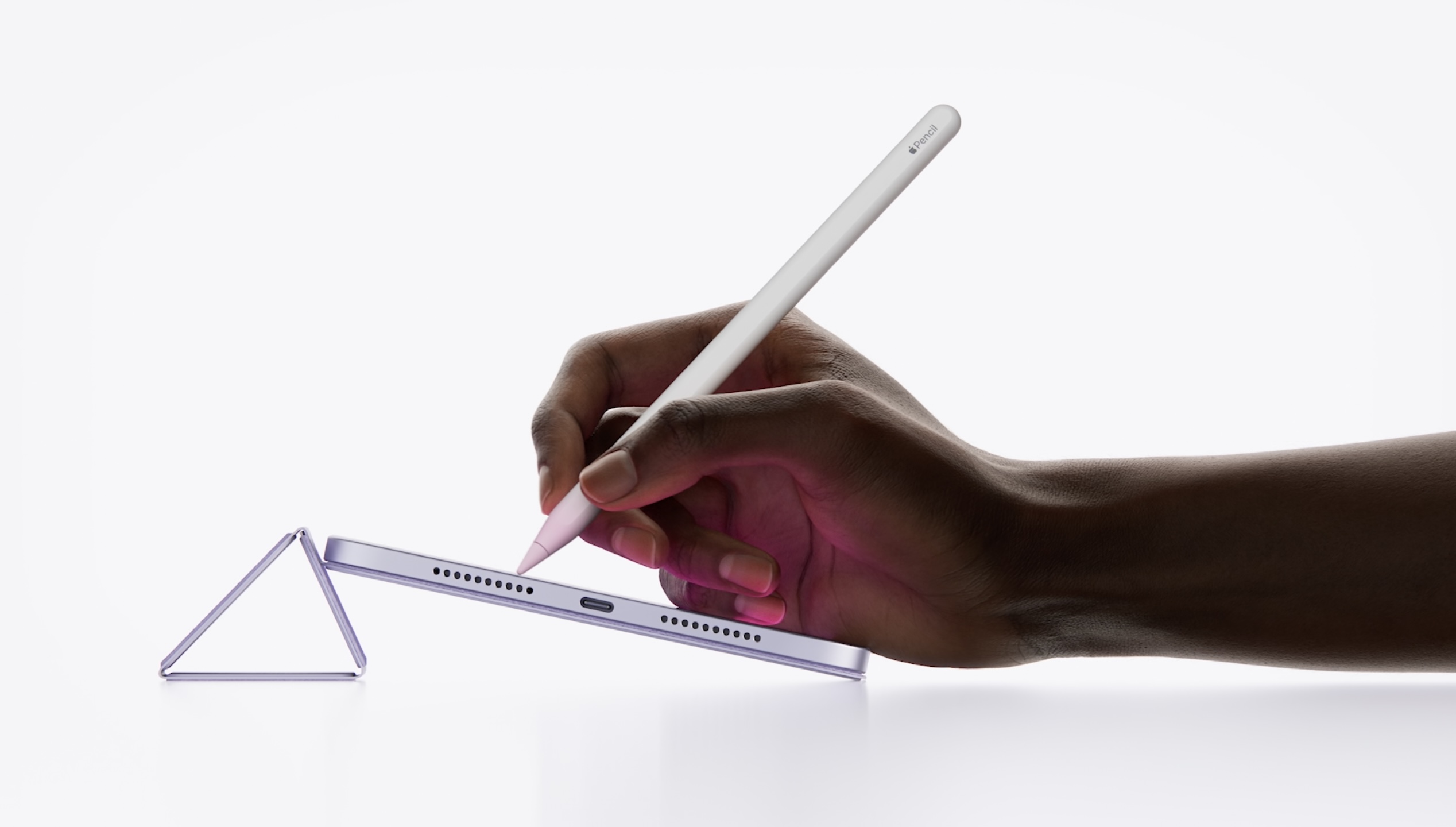 If you’re wondering why I’m using the Tab S7 to compare to the iPad mini, it’s because trying to use anything else would just be an unfair comparison. The Android tablet market is pathetic, and that’s the point. With this update, Apple has an iPad for every use-case at almost every price point except for the sub-$300 market. Android tablets have the same, but you won’t get the same experience across all of those devices, even if you go into Samsung’s array of tablets.

Maybe if Samsung, or any other Android tablet manufacturer for that matter, tried to model itself after the iPad, then the conversation would be different. But truthfully, Google doesn’t even care much about tablets, which is why Samsung was forced into adding DeX Mode to the Galaxy Tab series anyways.

I’m hoping that something will change at some point in time, but it’s not looking great. Perhaps Samsung has been waiting until after today’s announcement to blow us away. But honestly, I’m not holding my breath, and neither should you. Just grab an iPad mini, throw all of Google’s apps on it, and enjoy the best tablet on the market. 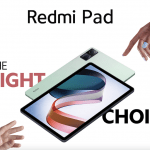 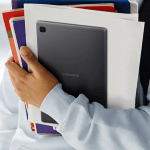