When we think about the Google Pixel, we think about some of the best cameras available in a smartphone. However, Google has kind of fallen to the way-side, at least in terms of camera hardware, allowing the competition to catch up.

That’s all expected to change with the Pixel 6, but since we don’t know exactly what Google has in store for us just yet, all we can really do is look around. Today, the iPhone 13 series was introduced, showing us that Apple is continuing to push the envelope of what a smartphone can do.

Ignoring the design and the “ProMotion” display, the camera system even for the standard iPhone 13 should put Google on notice. This dual camera system is comprised of a 12MP wide angle sensor along with a 12MP ultra wide lens. But instead of just using newer sensors, there are some actual useful features coming to iPhone 13 owners. 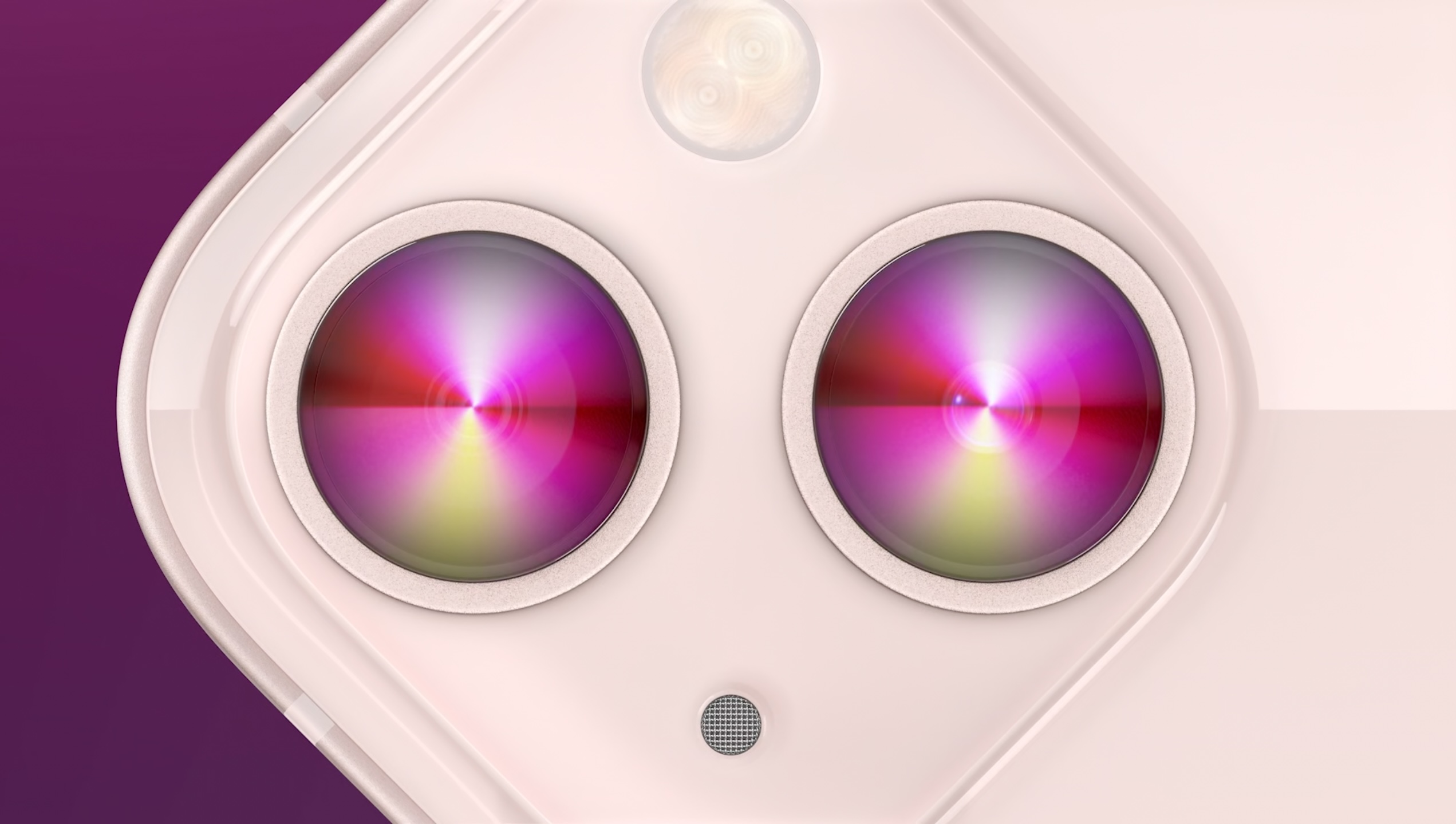 The 12MP main wide-angle camera features a pixel size of 1.7 µm. Ignoring some of Apple’s “over-the-moon” self-branding, this is still a rather impressive camera sensor in its own right. Naturally, Apple largely only offers comparisons to its own devices, but the wide-angle lens is said to be “capable of gathering 47 percent more light”. Not only will this mean there will be less noise in those pictures, but it also means that low-light photography could finally surpass Google’s Pixel cameras.

Sensor Shift sounds like one of those “gimmicky” features designed by Apple to make headlines, but it’s much more than that in practice. It’s why many photographers and videographers still carry an iPhone 12 Pro Max even if Android is their preferred device. With Sensor Shift, the camera lens itself uses optical image stabilization, instead of the entire camera system. 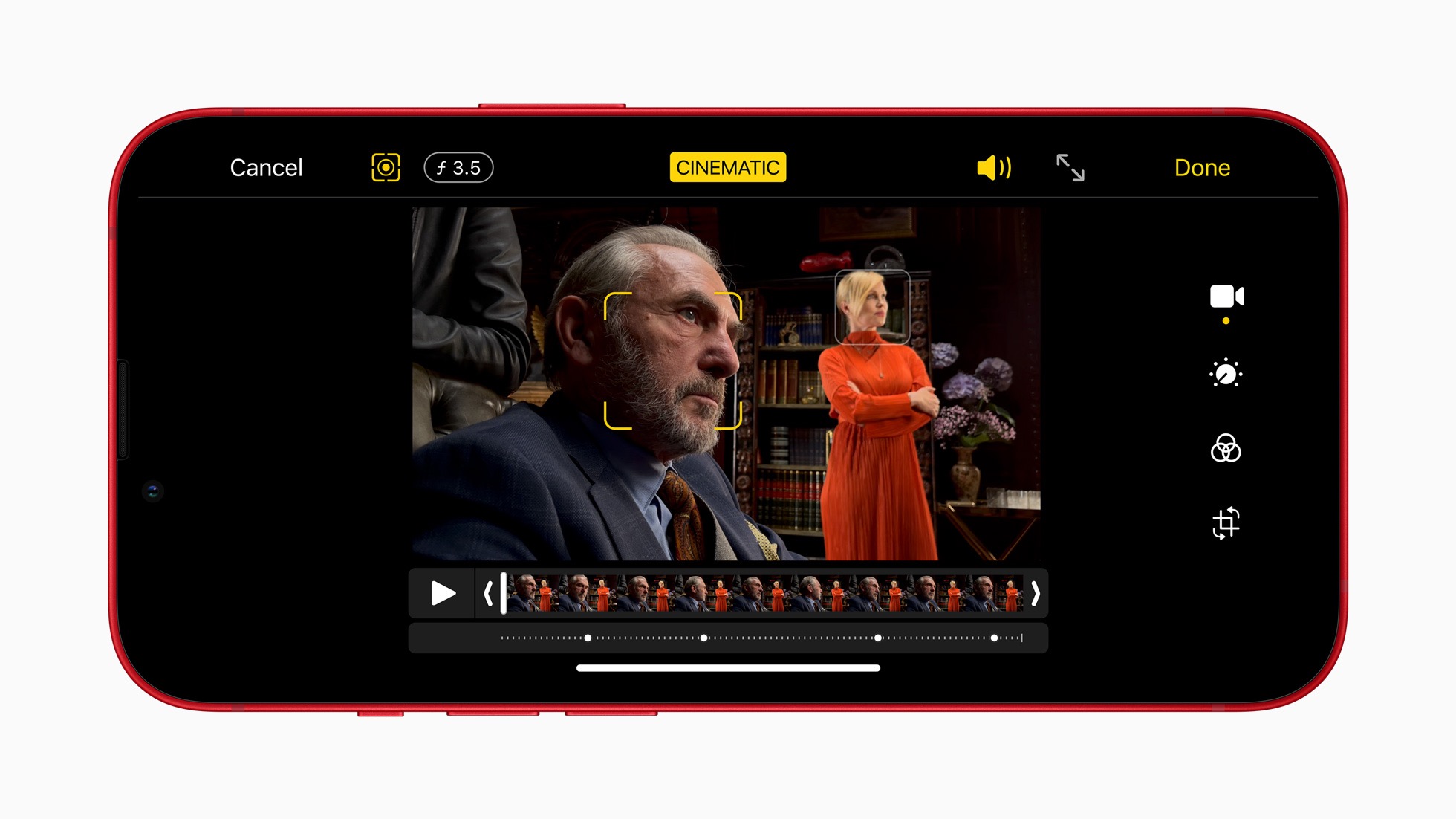 Then we have the software features that are touted as also being hardware features, but we’ll leave that for you to decide. For videographers out there, Cinematic Mode looks absolutely bonkers. As your iPhone records video, it will automatically adjust the focus based on what’s happening through the camera lens. You can manually adjust the bokeh effects while recording, or just take it into the Photos app or iMovie on your iPhone and make bokeh changes after the fact. This paired with the ability to record video in Dolby Vision HDR and 4K at up to 60fps for a phone that’s priced at $799 is just pretty impressive.

Apple didn’t stop at just improving the videography, as the iPhone 13 now introduces Photographic styles and Smart HDR 4. The former allows users to use their own specific preferences when capturing photos, and applies those across different images. The latter, offers “improved coloor, cntrast, and lighting for each subject”. And Night Mode has been improved, but we’re reserving any judgement until we can get the iPhone 13 in hand to actually put it to the test. 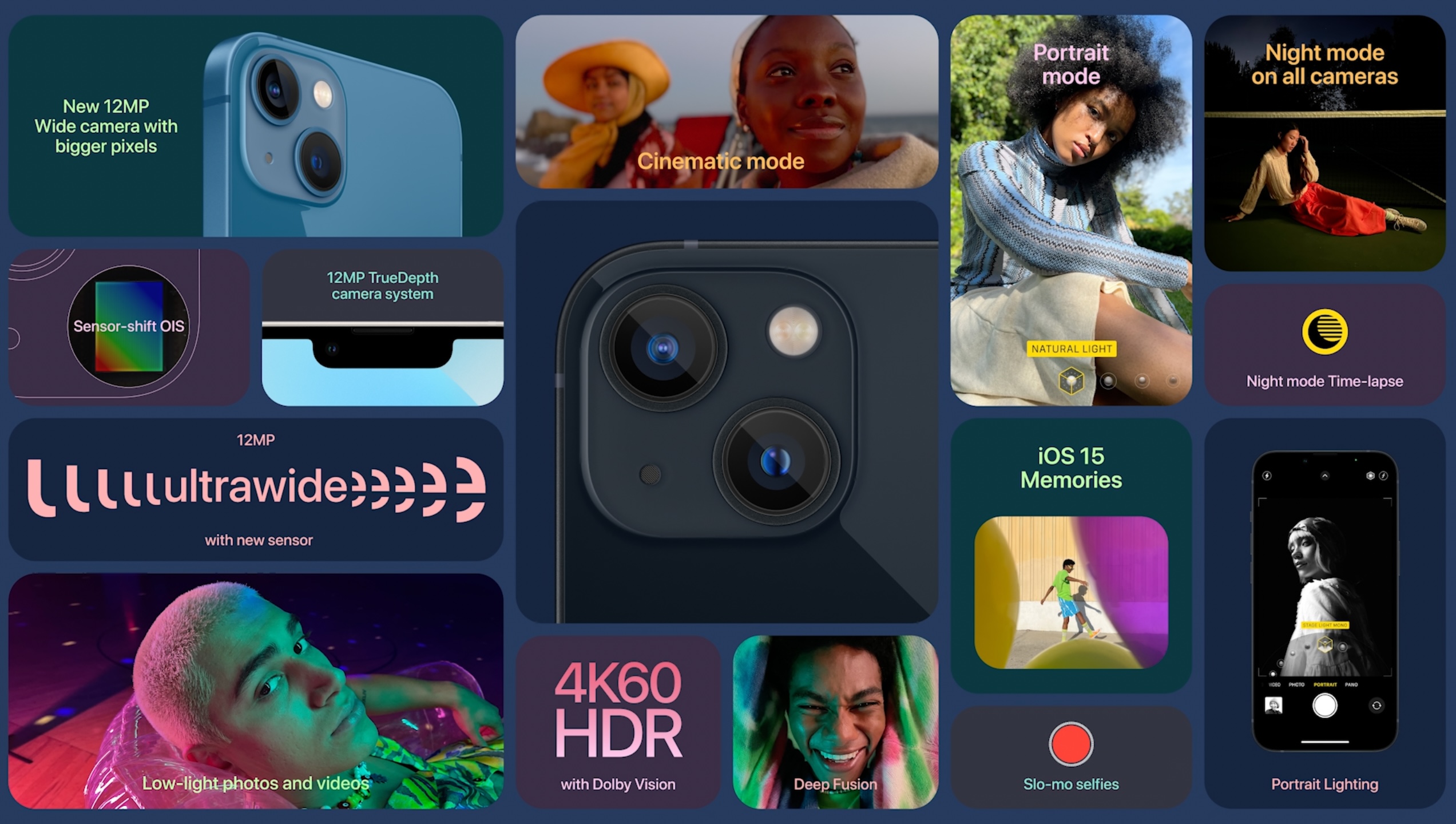 With the Pixel 6 not rumored to land until sometime next month, that’s plenty of time for people to “forget” about all of the features announced by Apple today. But the proof will need to be in the pudding if Google is going to make any meaningful impact on the smartphone market. 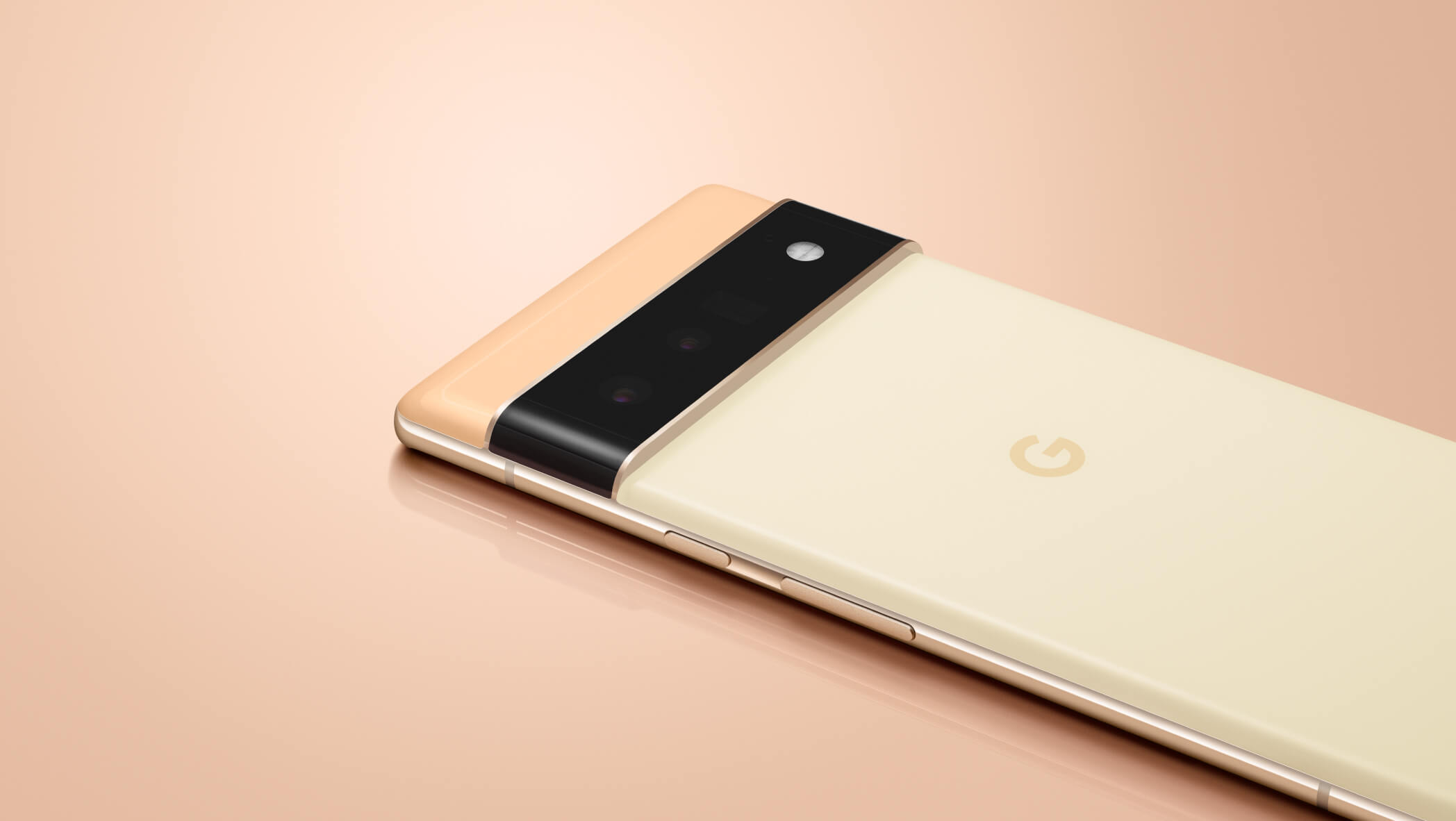 The problem isn’t so much with the image processing, as that’s already been proven to be superior to just about every other smartphone out there. It’s why some of us would rather use a ported GCam app instead of whatever is included by the manufacturer. But Google has made some odd and questionable decisions in the past couple of years.

For one, it removed the dedicated SoC that was designed to make image processing even faster after it was introduced with the Pixel 4. Google opted to ditch it on the Pixel 5, likely to bring costs down, but it’s one of those things that is noticeable when you have to wait for an image to processed. 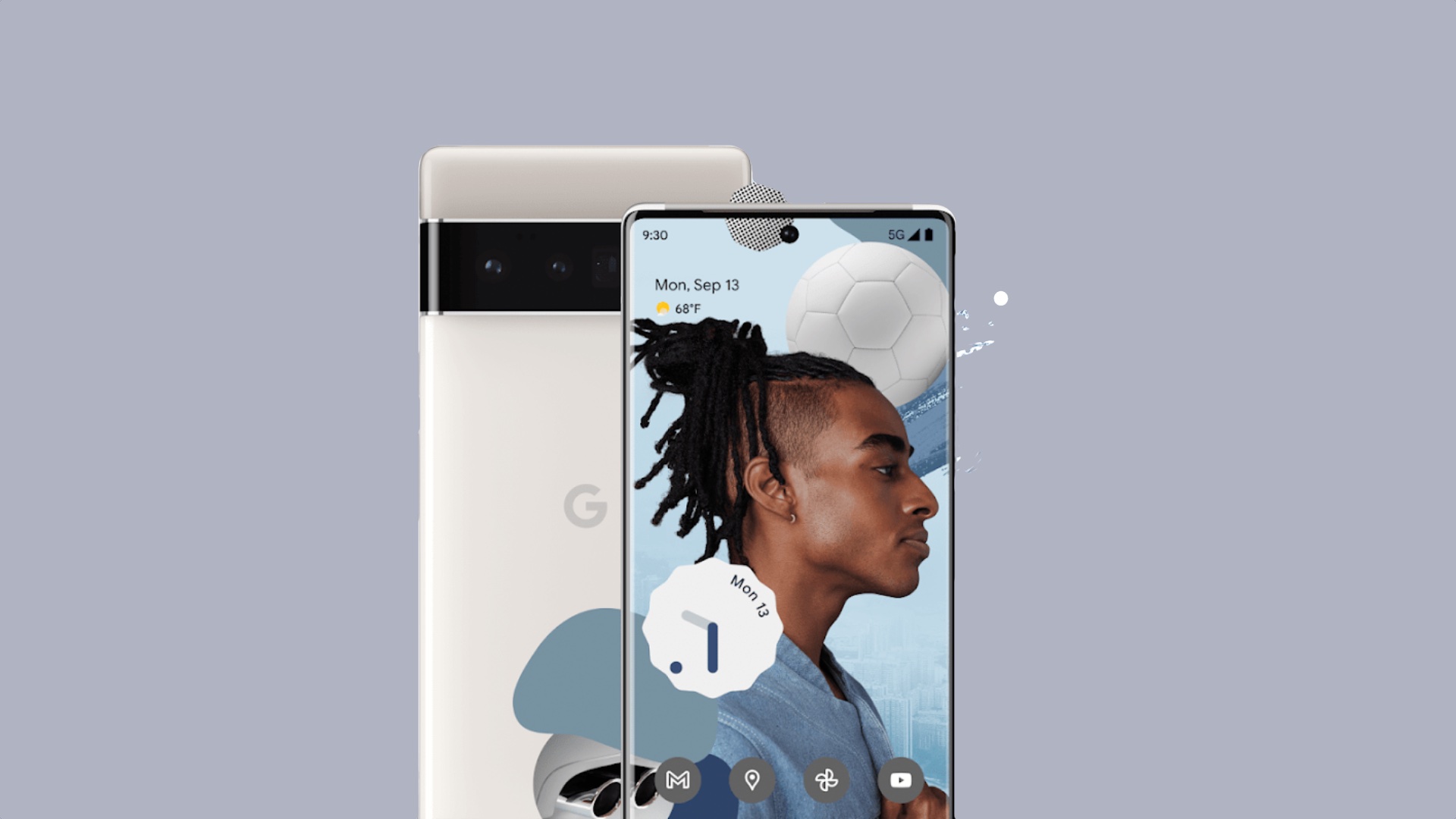 Secondly, this is the first time in years that Google is making any substantial changes to the camera hardware and sensors. Using different hardware means different calculations need to be made in order to match up with what the camera is capable of producing. And we know that the iPhone 13 Pro and Pro Max are a thing, but this is just our take on the entry-level models for both Apple and Google.

It would also be helpful for Google to introduce some type of “defining” camera feature, much like it did with its Night Mode on the Pixel 4. There are a lot of changes coming with the Pixel 6, but that doesn’t mean that Google should take a chance at ignoring opportunities to take a bite out of Apple.

Watch out for this Pixel 6 bug that rejects c