Robot vacuum cleaners are becoming increasingly common these days as many manufacturers are now making them. They come in at various price points and come with unique features of their own, and it looks like Xiaomi-backed ROIDMI has also decided to toss their hat into the ring with the ROIDMI Eve Plus. So, how does it hold up? 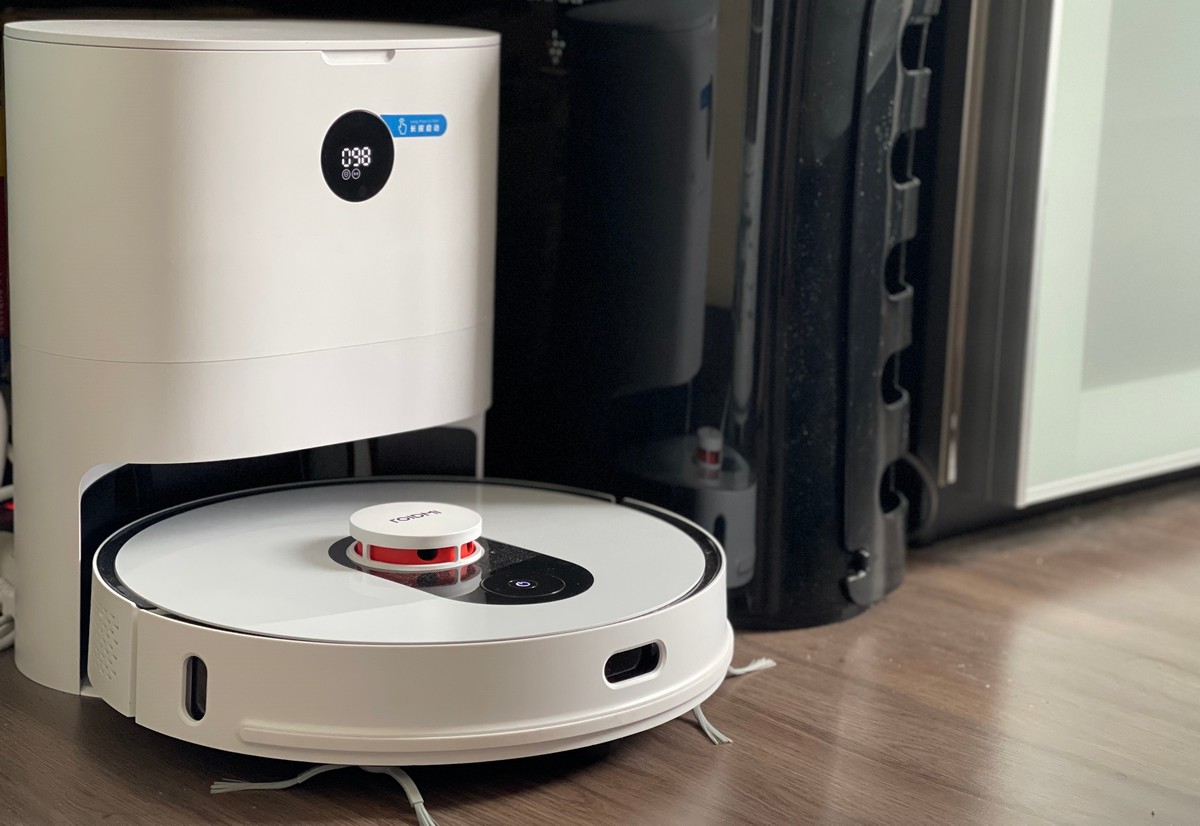 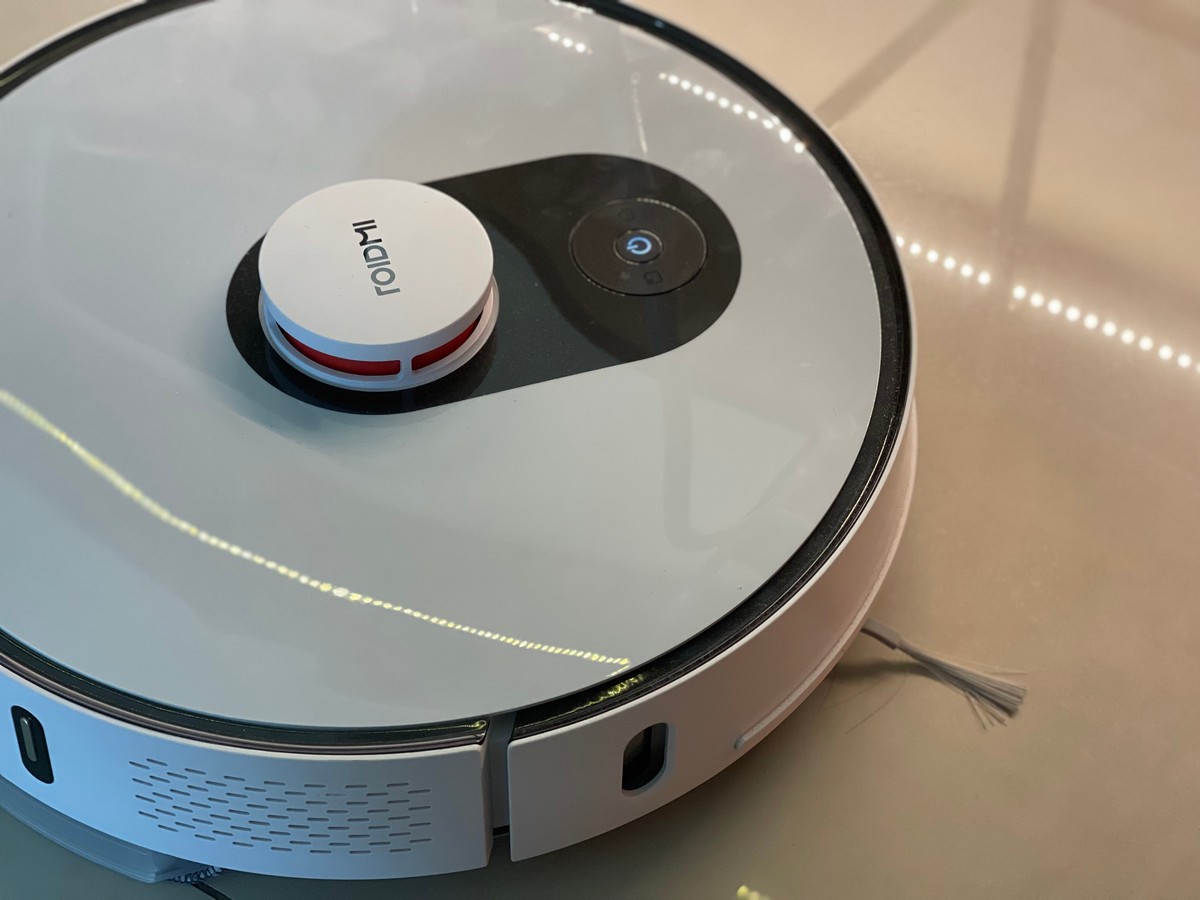 As a first-time owner of a robot vacuum cleaner, I have to say I was surprised at how big and heavy it was. I was already thinking to myself that no way was this robot able to get around our home furniture easily, slide under tables, or navigate tight corners, but I was proven wrong (more on that later).

The actual design of the ROIDMI Eve Plus is pretty simple. The clean look and white finish helps create a very sleek look and it will have no problems blending into your home or being tucked away in a corner, which I have done.

The dust-collection state is rather simple in appearance as well, with a small display on the front that shows you the battery status of the vacuum cleaner while it charges, and a lid at the top that houses the dust bag. There is also a tiny brush clipped inside that you can use to clean the sweepers of the vacuum cleaner.

I have to admit that I really like this feature, because if there’s one annoying thing about accessories is that they can be easily lost or misplaced, so having a dedicated slot like this is something I can appreciate.

The actual robot vacuum cleaner itself comes with two motorized wheels on the underside that helps drive it forwards or backward, and at the front, there’s another wheel that spins 360-degrees that helps the robot turn and spin around. The Eve Plus robot comes with two sweepers with three brushes each that help push and sweep debris towards the main vacuum where it’s picked up and stored.

Setting up the Eve Plus wasn’t that difficult. The instruction manual and setup card that came in the box was pretty straightforward and easy to follow, although I did run into issues using the ROIDMI app, but thankfully it also plays nicely with the Xiaomi Mi Home app so after switching over, I was up and running in minutes.

The nice thing about the Mi Home app is that if you own other Xiaomi products and gadgets like its smart lighting system, you can control it via the Mi Home app as well. A centralized system is a good thing.

Once the app and the Eve Plus were paired, it was good to go. You can use the app to monitor the progress of the robot, pause the cleaning process, check on battery life, and also make adjustments to the cleaning mode. The app is also where you get to see a “map” of your home and then create no-go areas or create virtual walls that act as boundaries for the Eve Plus.

You can also use the app to set schedules so that the Eve Plus can automatically start cleaning without you having to manually start it. 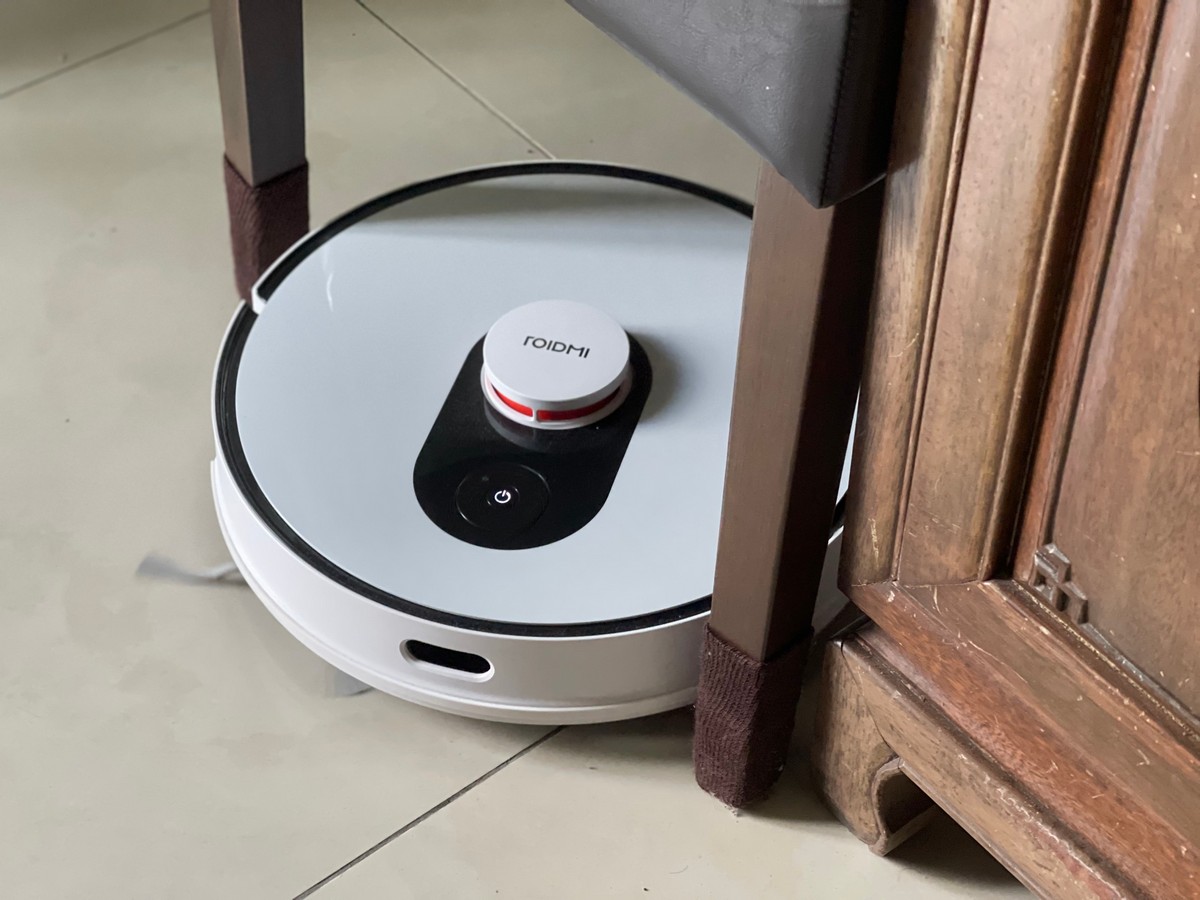 As I said, this would be the first time experiencing a robot vacuum cleaner so I wasn’t sure what to expect. I’ll admit that the size of the Eve Plus made me a bit skeptical when I first unboxed it as I wasn’t sure it would be able to go around corners, clean the edges of walls, or fit under my sofa or coffee table, but you know what, I was pleasantly mistaken.

The Eve Plus had no problems navigating its way around my home. It was actually rather exciting to see it learn where furniture was, instead of straight-up bumping into things to figure out where it was. You could see it speed up and slow down when it approached obstacles that its sensors had detected.

The anti-fall feature was also put to the test where the Eve Plus moved right to the edge of my bathroom door, which has a small step and stopped. It then went back and forth a few times before it figured out that this was a step and subsequent cleaning sessions took all of this into account.

I did run into some issues with wires and cables on the ground, which would get tangled up by the Eve Plus during the cleaning process. In some instances, it ended up tripping the robot and I had to go over and extract it. This wasn’t really a huge deal as I later rearranged the cables so that they weren’t lying on the ground.

The mopping feature was the feature I was most looking forward to. If you’ve ever had to clean your house, you know that sometimes sweeping isn’t enough and that you need to mop it to get it extra clean. The 2-in-1 vacuum and mopping process was actually rather effective and efficient and my floors were left pretty clean after.

Maybe it can’t compare to good old elbow grease, but given that you don’t actually need to lift a finger, it’s hard to complain. 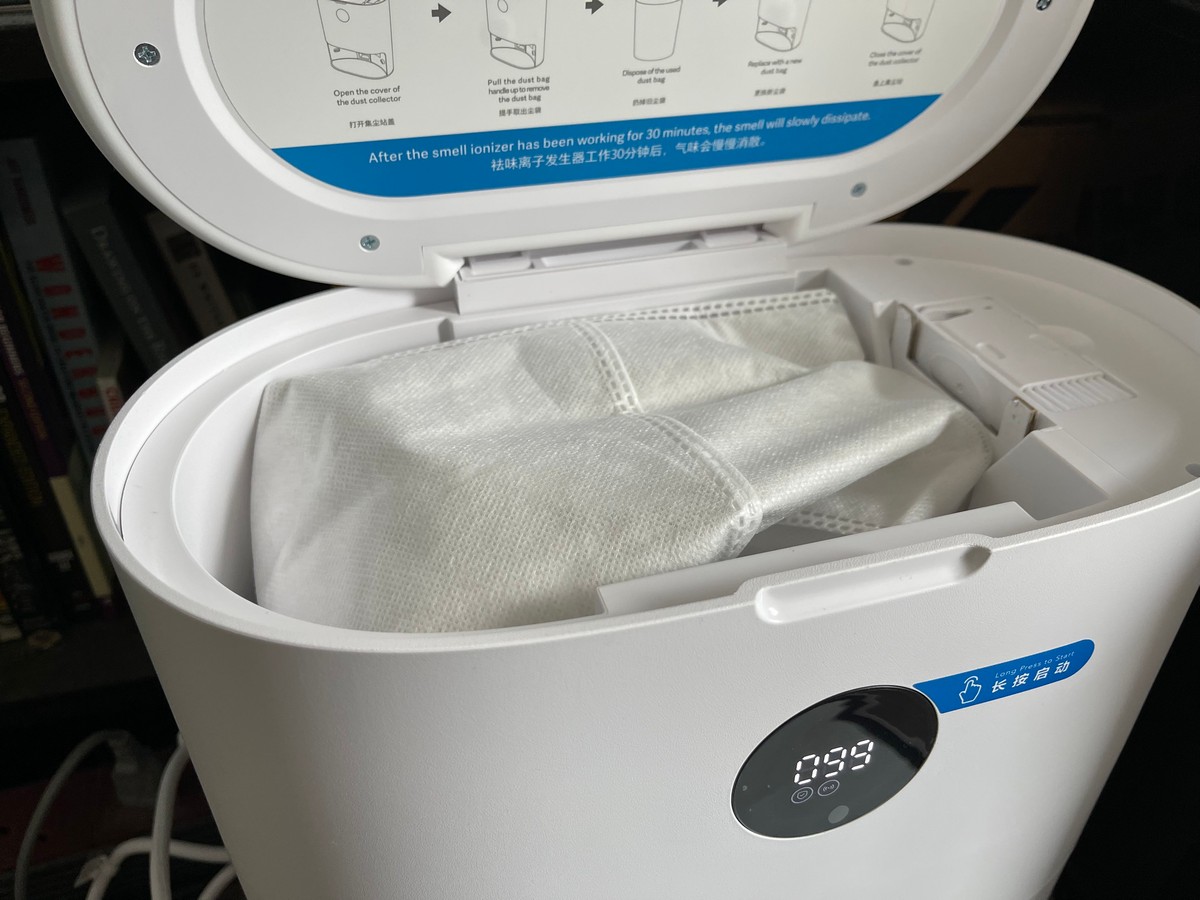 ROIDMI claims that they use sterilizing deodorizing ions to help “clean” it to prevent mold from growing inside of the bag as well as to prevent smells. The bag itself is pretty big and it should last you a while. It should be noted that the dust bags are disposable and fitting in a replacement bag is actually rather easy.

If you use the mop attachment, you will also have to empty out the water tank and also dry off the mop.

The vacuum cleaner itself also has a dust box/dust filter that you can clean off and reuse again, but like most filters, it will eventually lose its effectiveness and will have to be changed.

In terms of battery life, the Eve Plus actually lasts quite long. The company claims that its 5,200mAh battery should be enough to clean a 250m2 home on a single charge. While my home isn’t that big, there was still quite a bit of battery life even after it had cleaned and mopped my entire home.

The fact that it can mop as well as a vacuum is also a huge bonus for those who are too busy but still want to maintain a clean home. It has all the smarts you might expect from a robot vacuum cleaner, plus with the addition of HEPA filters and sterilizing and deodorizing ions, that’s just the cherry on top.

A robot vacuum cleaner that offers a solid performance at a fraction of the price of the competition.