Amazfit PowerBuds Pro Review: Packed to the gills with features

The first thing that comes to mind when you hear Amazfit is likely the company’s vast array of smartwatches and fitness trackers. Amazfit makes some of the best wearables in the business, despite relying on RTOS instead of something like Wear OS. But recently, Amazfit saw an opportunity to release some new earbuds that could prove to be some of the best of the year.

The Amazfit PowerBuds Pro were announced in July. Instead of trying to do something fancy with the design, Amazfit opted to pack these with features and a sub-$150 price tag. 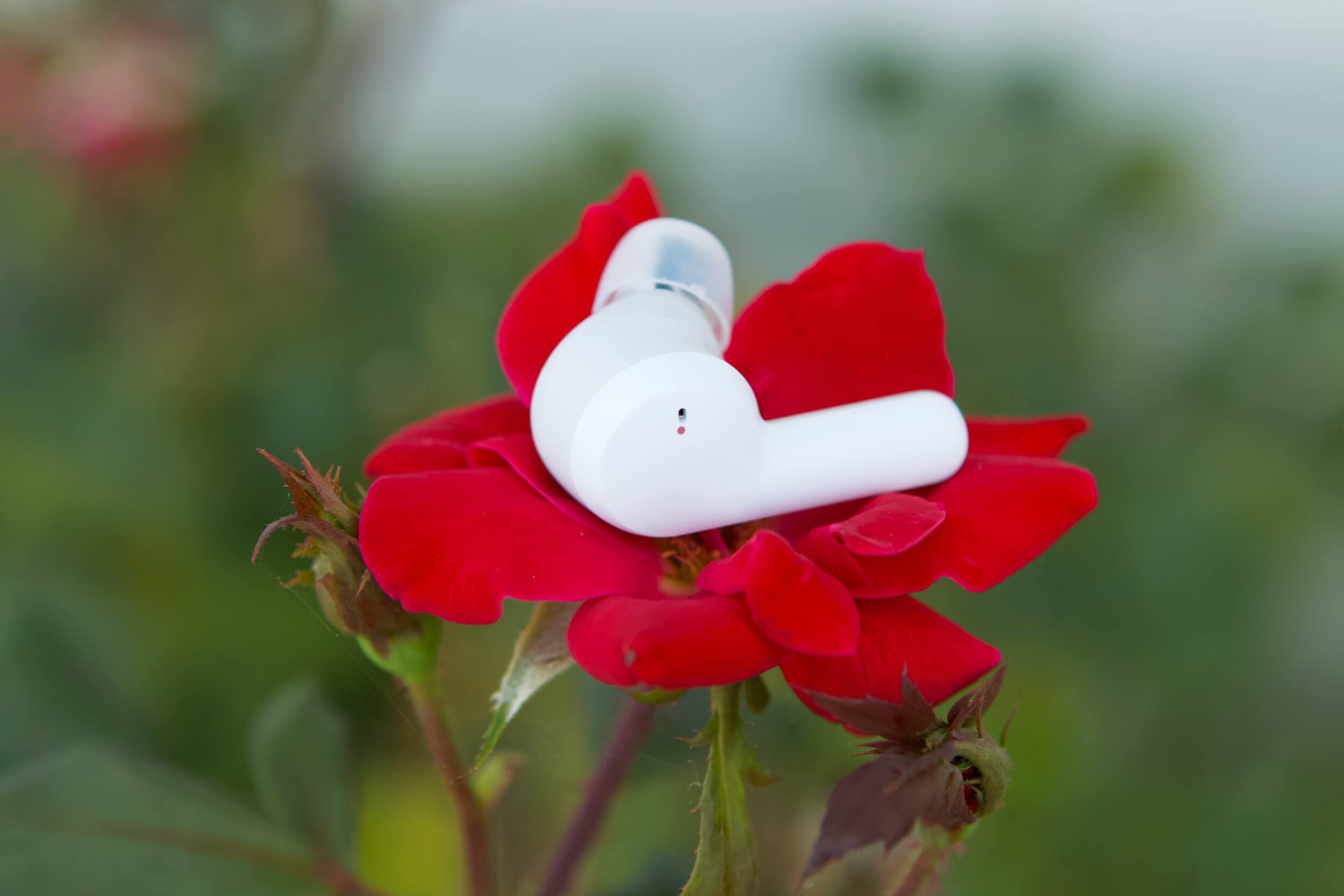 Let’s just get this out of the way really quick. On more than one occasion, I would have my AirPods Pro and the PowerBuds Pro cases next to each other. If it weren’t for the matte finish on the PowerBuds Pro case, I wouldn’t be able to tell them apart. This isn’t a bad thing, by any means, but it’s clear where Amazfit derived the inspiration for the design.

That story continues when you take the earbuds out of the case, but again, we have a matte finish along the edge, along with clear rubber ear-tips. Amazfit includes a total of four in the package, with the Medium size being pre-installed. This brings us to my first gripe with the PowerBuds Pro, and that’s the fit. 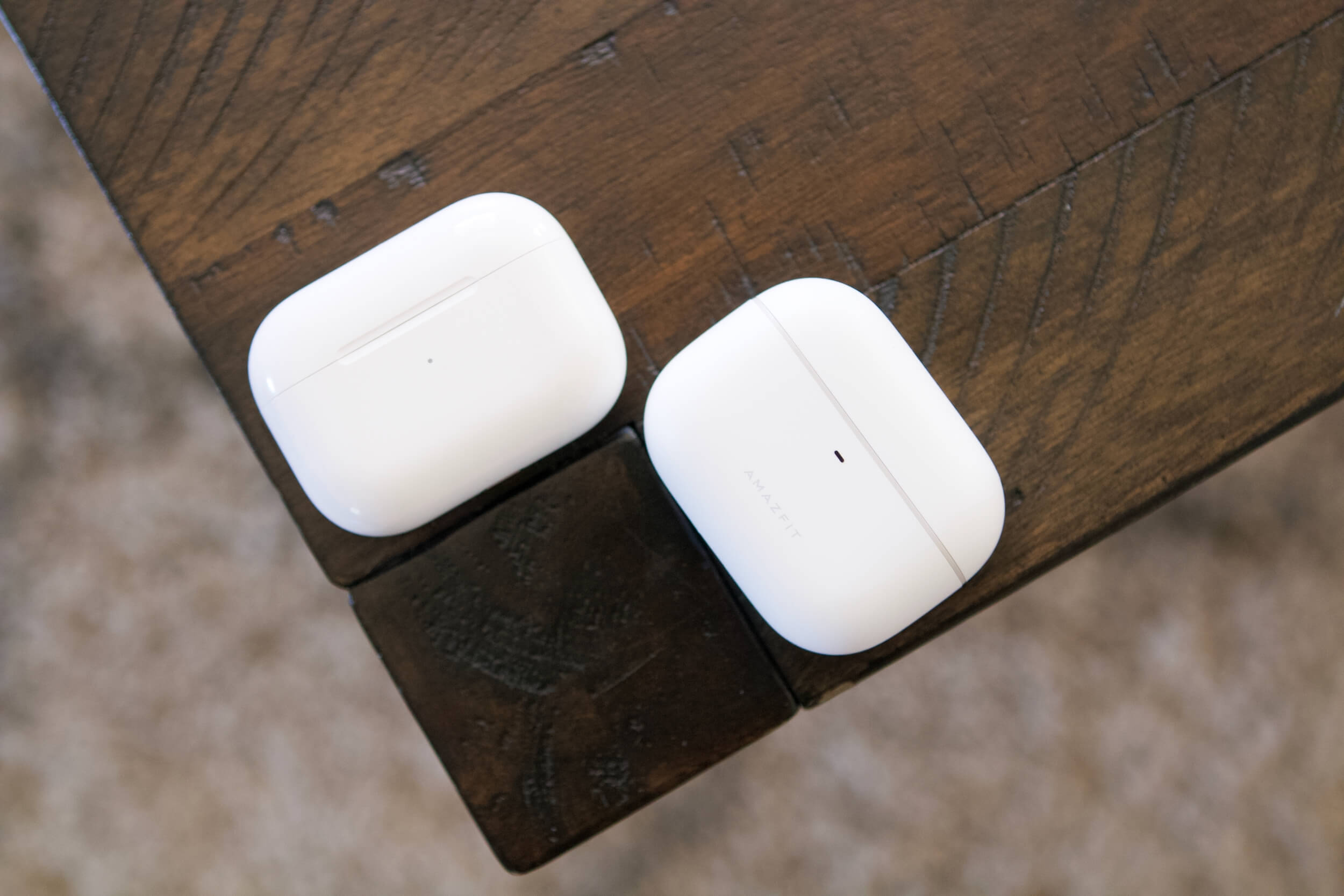 While the earbuds never actually came out of my ears (except for one time when I fell down a couple of steps), they never really felt snug. Maybe I have weird ears, but it’s a problem that I’ve only ever experienced earbuds that don’t have ear-tips like the Galaxy Buds Live or original AirPods. Your mileage definitely may vary, but it’s definitely something to be aware of.

What we would have liked to see is for Amazfit to include some Comply foam ear-tips in the box. Or even foam tips from any of the other companies like Dekoni. Perhaps we’ll see Amazfit introduce some foam tips in the future, but you can’t get them now. 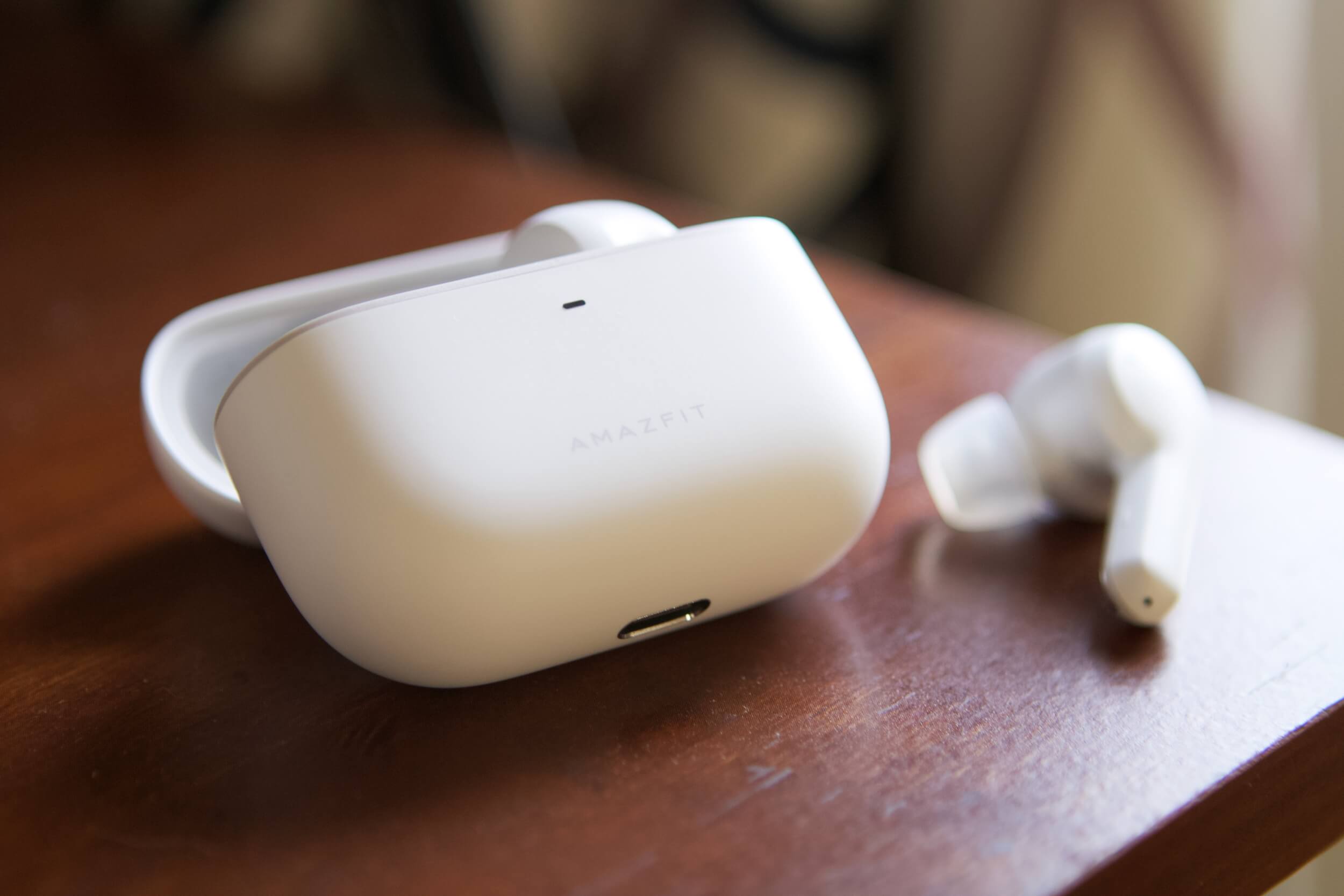 For the past two weeks, the first thing that I’ve been doing (after grabbing some coffee) is throwing the PowerBuds Pro in my ears. While you can pair them just like any other set of Bluetooth earbuds, you’ll want to download the Zepp app to get the full experience. From here, you can customize a wide variety of features, including the EQ levels and enabling ANC or Thru Mode.

It’s here where you’ll see a couple of options that you won’t really find elsewhere. For one, there’s a ‘Hearing Health’ section that will let you know if you’re listening to music or media at unsafe levels. Then there’s the ‘Cervical Protection’ feature that uses the built-in sensors to analyze how much pressure is being put on your neck and spine. Basically, the PowerBuds Pro can tell you if you’re slouching too much and will remind you to sit up straight. There’s even a “relax prompt” to tell you to take a break if you’ve been sitting for too long.

Another nifty feature is the built-in heart rate sensor, similar to the one included with the various smartwatches and fitness trackers. The sensor is only in the right earbud, which is why finding a snug fit is so important. If your earbuds notice that your heart rate is too high, you’ll hear a tone letting you know.

Seriously, who would have thought to include all of these features in a set of wireless earbuds. And if you were to ask me a year ago who would be the first, I would have said Samsung or Apple, not Amazfit. So kudos to the company for that. Even though the PowerBuds Pro are modestly priced at $150, coming in above the Pixel Buds A-Series and Nothing Ear (1), and below the Galaxy Buds Pro and AirPods Pro, I wasn’t really sure what to expect. Sound quality is pretty solid, but you’ll definitely want to tinker with the EQ before jumping into your favorite playlist.

Active Noise Cancellation is around the same levels as the Beats Studio Buds that are currently sitting on my desk. It cancels out a lot of the noises around me, but there are still things that make their way through to my ears. I feel that some of this has to do with the aforementioned fit of the earbuds, but it’s something that I can’t really pinpoint to remedy.

Another area that Amazfit got right with the PowerBuds Pro is in the gestures. Instead of having to tap the side of your ear, effectively pushing the earbuds deeper into your ear canal, gestures are performed via the stem on either ear. You can customize these gestures, including the ability to activate Google Assistant with a triple press. Performing a long press on either stem will result in cycling through the different listening modes.

Out of the box, Amazfit rates the PowerBuds Pro for up to 5.5-hours with ANC turned on, but these never actually hit that mark. Instead, the earbuds consistently lasted for about five hours or so, before telling me they needed some more juice.

This is around the same level as offered by other, more expensive, truly wireless earbuds. The only semi-disappointment is that you won’t find any quick charge capabilities here. Instead, you’ll need to just wait for the PowerBuds Pro to recharge and then just pick them up whenever you think there’s enough juice. But truthfully, these should last you for as long as you need them.

Amazfit really offers a unique package in an effort to stand out from the crowd. Not only do you get ANC and a transparency mode, but there are more features packed into these earbuds than you could imagine. For $149, you get a great overall experience, some health features to keep your back and neck straight, along with features found elsewhere.

The PowerBuds Pro are really an easy recommendation, even with the Galaxy Buds 2, Nothing Ear (1), and OnePlus Buds Pro looming on the horizon. We’ll have to await the official arrival of those headphones, but for the time being, the PowerBuds Pro have become one of my favorite sets of headphones for the year.

The Amazfit PowerBuds Pro are feature-packed, offering ANC and plenty of health features, all for a decent price.