Finding a smartphone for around $500 with a decent overall experience isn’t that hard these days if you know where to look. While Samsung’s Galaxy A52 and the Pixel 4a 5G from Google are two phone’s worth considering, the TCL 20 Pro 5G has just entered the race, offering a sleek all-glass body, wireless charging, and a few other options that the competition can’t seem to match at this price point.

A lot of people get obsessed over flagship devices, but the mid-range segment, specifically phones that sell for $500, is what most people should be paying close attention to. You don’t get all the latest and greatest tech, but these phones offer incredible value and that’s exactly what the TCL 20 Pro 5G delivers. 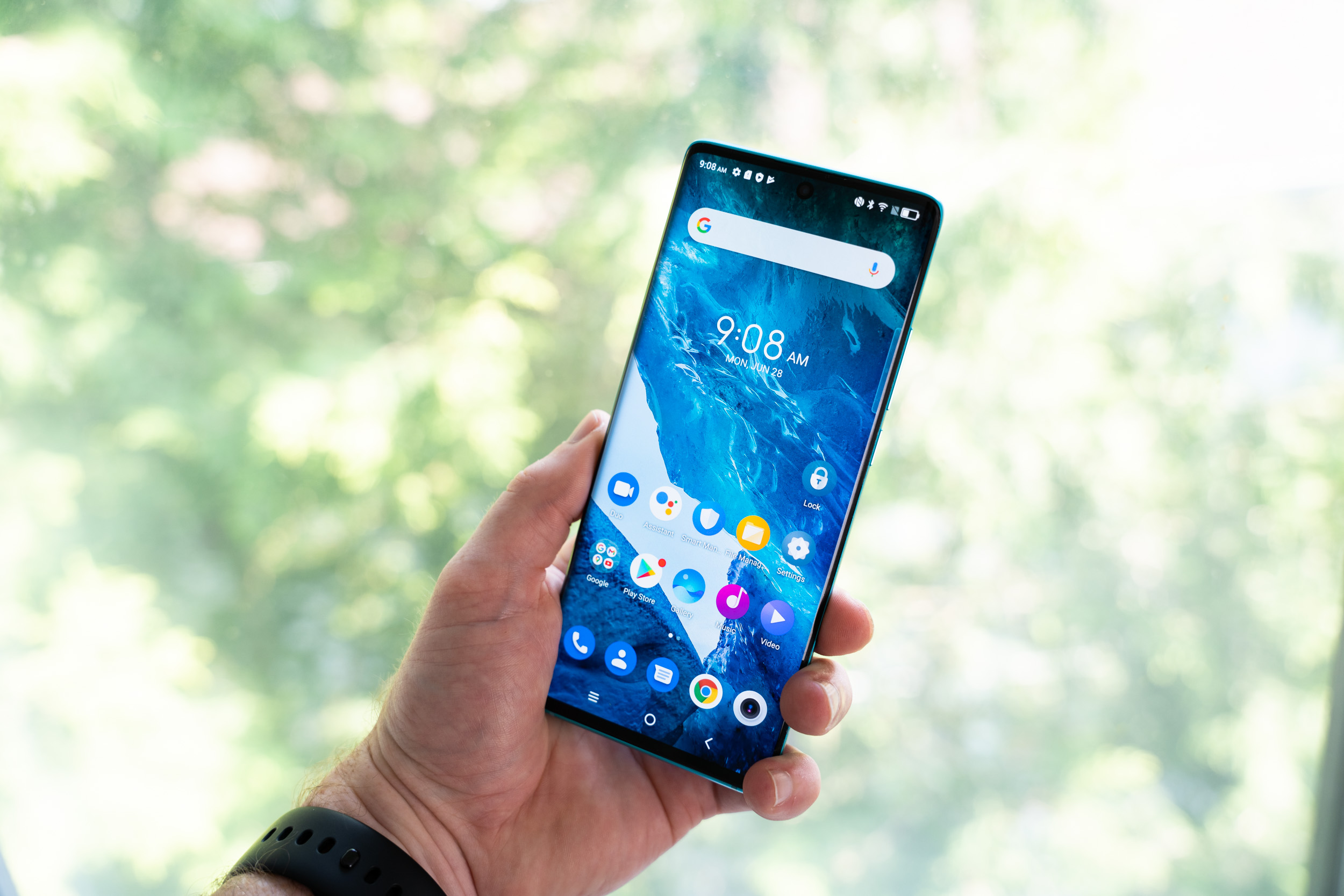 Last year’s TCL 10 Pro wasn’t a huge hit since they chose not to give it the 5G treatment, but that’s been remedied this year with the use of Qualcomm’s Snapdragon 750G. By now, you’re probably well-versed with this chipset’s performance. It’s snappy enough to deliver a smooth user experience throughout the UI, loading up apps pretty quickly and the phone’s 6GB of RAM is adequate for some light multi-tasking. You’ll notice an occasional app drop out of memory, but it’s nothing to be concerned about.

The 750G isn’t built specifically for gaming, but it can handle its own, even pushing 30fps in Genshin Impact and Call of Duty Mobile on medium to high settings. That’s more than acceptable for casual gamers. Since games are getting larger and larger by the day, this phone’s 256GB of storage is truly a standout feature in the category, with double the storage than its closest competitors and that’s before you factor in the microSD expandable storage you get as well.

Just for fun, I installed more than two dozen of my favorite games on the phone and still had more than 200GB of storage remaining. 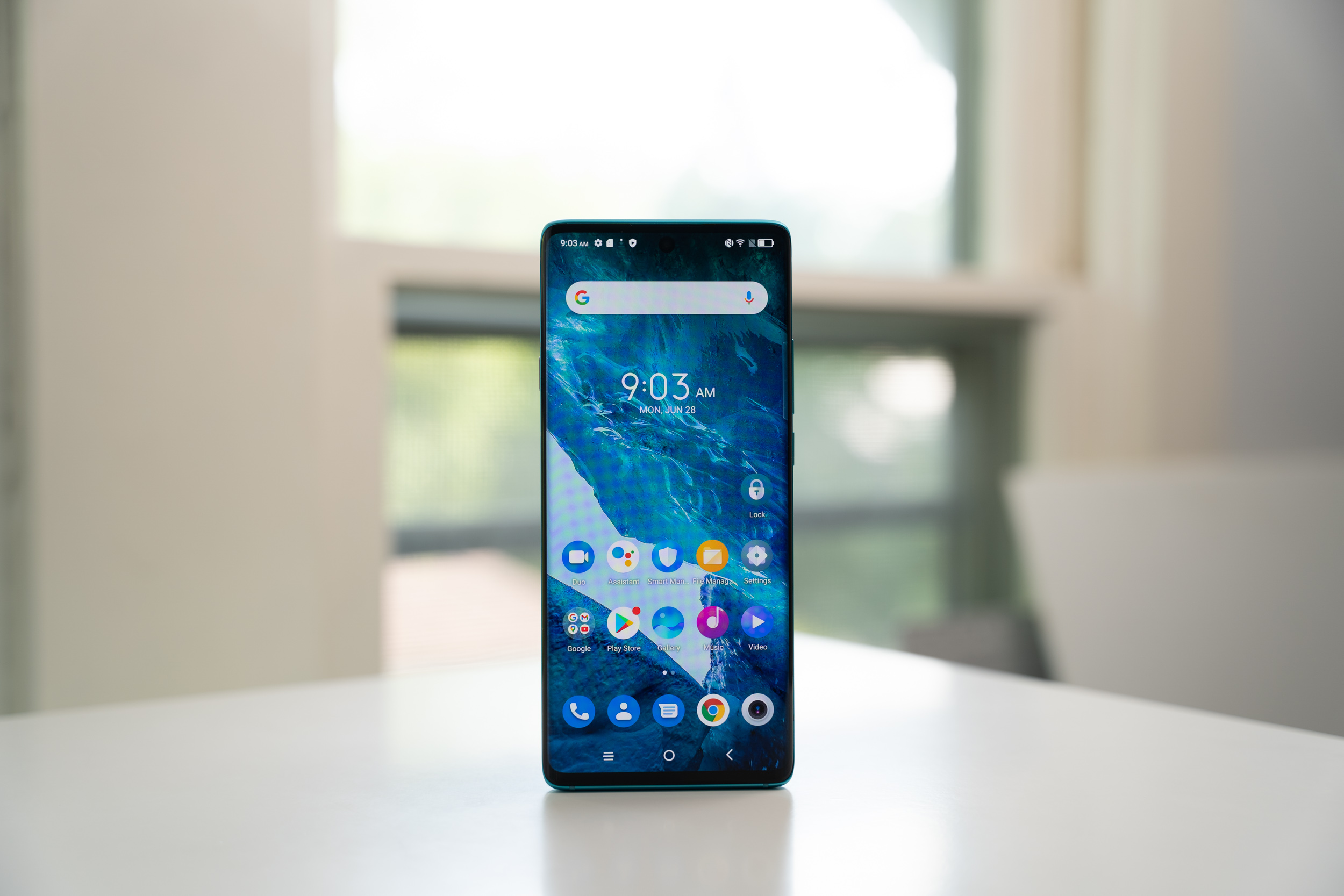 Unlike a lot of other brands out there, TCL actually makes its own displays. This means the panel’s been perfectly tuned for this device with the expertise the company has from years of building some of the most popular TVs on the planet. The 6.67-inch FHD+ “waterfall” panel curves over the edges of the phone. While I typically prefer flat displays, the curve is minimal, but it still adds a bit of unnecessary glare and the occasional miss-tap when typing.

TCL’s already gotten a bit of flak since there are a handful of cheaper devices with 90Hz displays, but all of those are using LCD panels. At 60Hz, this display is gorgeous. With TCL’s NXTVISION 2 engine and the built-in Pixelworks i6 chip, the display can automatically adjust what’s displayed on the screen for more true-to-life colors. It’s also capable of converting standard video to HDR for improved contrast and an overall improved viewing experience.

My only complaint is that the display could be a bit brighter for better visibility in direct sunlight. 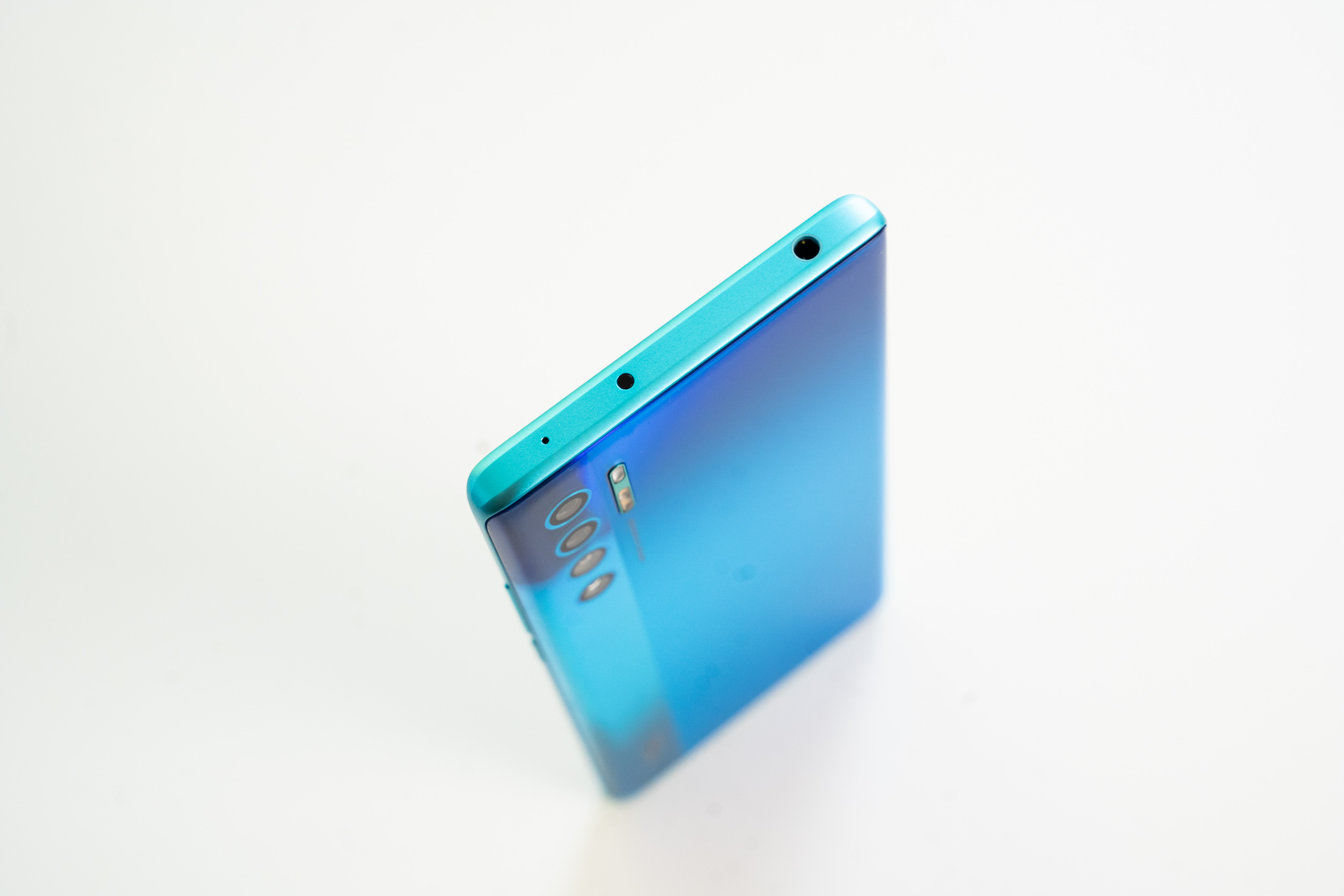 One of the standout features of the TCL 20 Pro 5G is its design. That’s typically not something I say when reviewing $500 smartphones. Most devices in the category sport plastic unibody shells or feature glossy plastic frames and back panels that try to fool you into thinking that they are metal and glass. Seeing as this is TCL’s most expensive device, they went all out with an aluminum frame around the edges and a dual-finish glass panel on the back. The majority of the back has a fingerprint-resistant matte coating with a glossy finish along the left side, highlighting the TCL logo and the phone’s four cameras.

Like last year’s 10 Pro, TCL has managed to give us a phone without those unsightly camera bumps. It’s honestly a bit odd at this point, but it’s nice to have a phone that can lay perfectly flat on a table and not rattle around when tapping its display.

The left and right edges taper off to give the phone a sleek profile, but the top and bottom edges of the phone have been flattened. If you want, you can stand the phone up on its own, though I don’t recommend doing so if you want to keep the glass on the front and back crack-free for as long as possible.

Since we are talking about a mid-range device, you still get a 3.5mm headphone jack, and as mentioned before, a microSD card slot as well. TCL has also thrown in an IR blaster if you want to use your phone as a remote for your TV and you get stereo speakers, an in-display fingerprint sensor as well. You also get a programmable smart key that can be customized with single, double and long presses. I have to say, it’s pretty nice to have a hardware key for changing settings or turning on the LED flash at night.

Overall, the fit and finish of the phone is much better than what we typically see from other $500 devices. You’d typically have to spend at least $700 to find a device as nice as this. 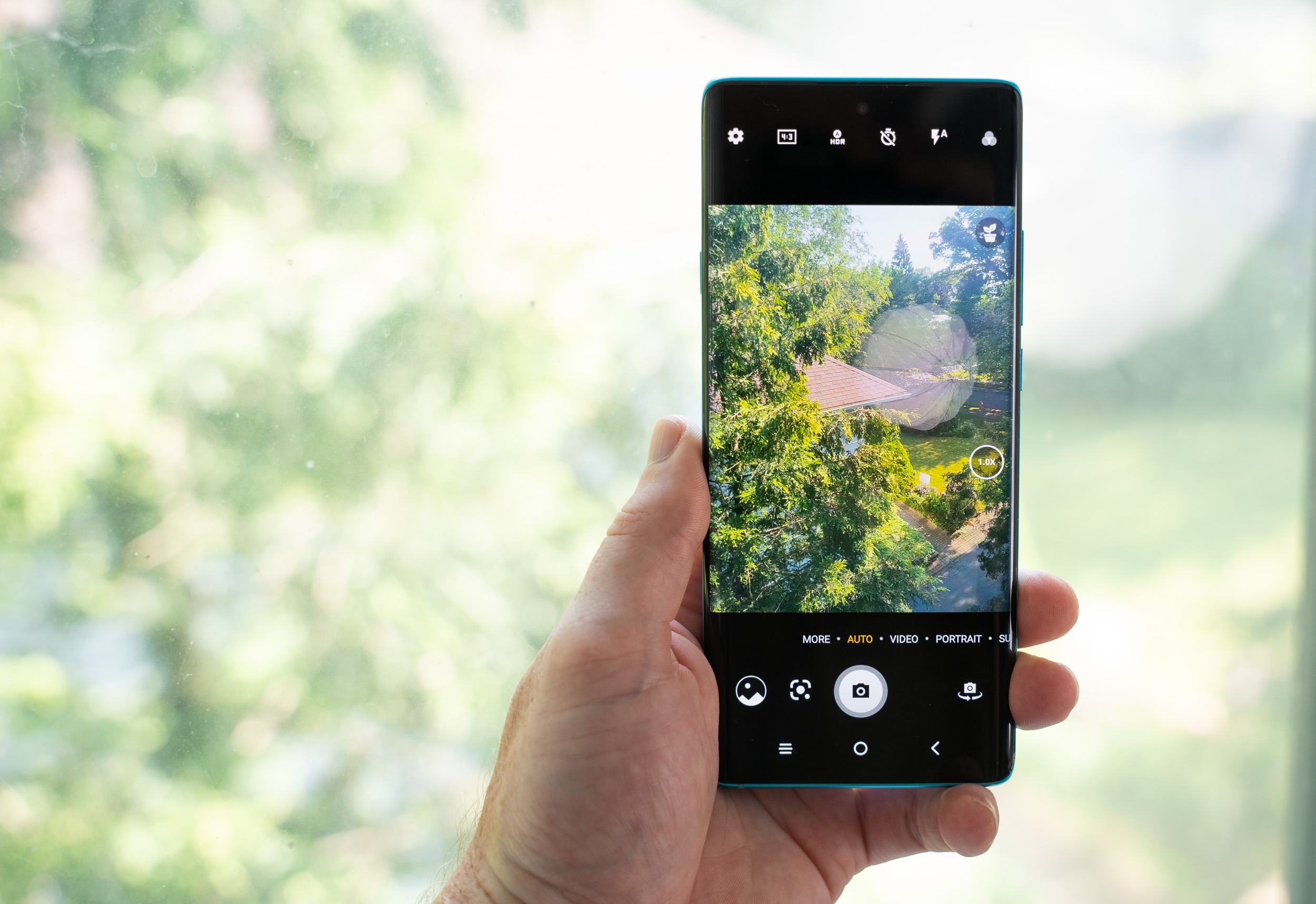 The 48MP main camera Sony IMX582 with OIS, is the same camera as what we saw in the Oneplus 8 from last year and was what many 2019 flagship devices used. It’s not the best sensor money can buy, but it can take some pretty good shots and thanks to the OIS it performs pretty well in low light conditions as well. TCL still has some work to do when it comes to keeping white balance consistent between the main and ultrawide cameras, but the images you’re able to capture are definitely better than what most other $500 smartphones deliver.

Surprisingly, the main, ultrawide, and selfie cameras are all capable of capturing 4k video. The quality isn’t the best, but having the option of recording at the same high resolution from those three cameras makes a huge difference for those who rely on their smartphones as their main video capture device. The only downside is that TCL is using multiple mics on the phone to record a single mono audio track. Not sure why that choice was made, but it definitely detracts from the video recording experience.

By default, the 32MP selfie camera uses pixel binning to deliver 8MP images which actually turn out quite nice. To get the clearest results you can turn off beauty mode and switch on the High Pixel mode which will capture selfies at 32MP. As for the 5MP macro camera and 2MP depth sensor, they do what they claim to do, but it’s not like anyone will be using them that often. I honestly wish TCL and all the other manufacturers that slap these sensors onto the back of their phones would take the cash from these cameras and give us better selfie cameras instead. 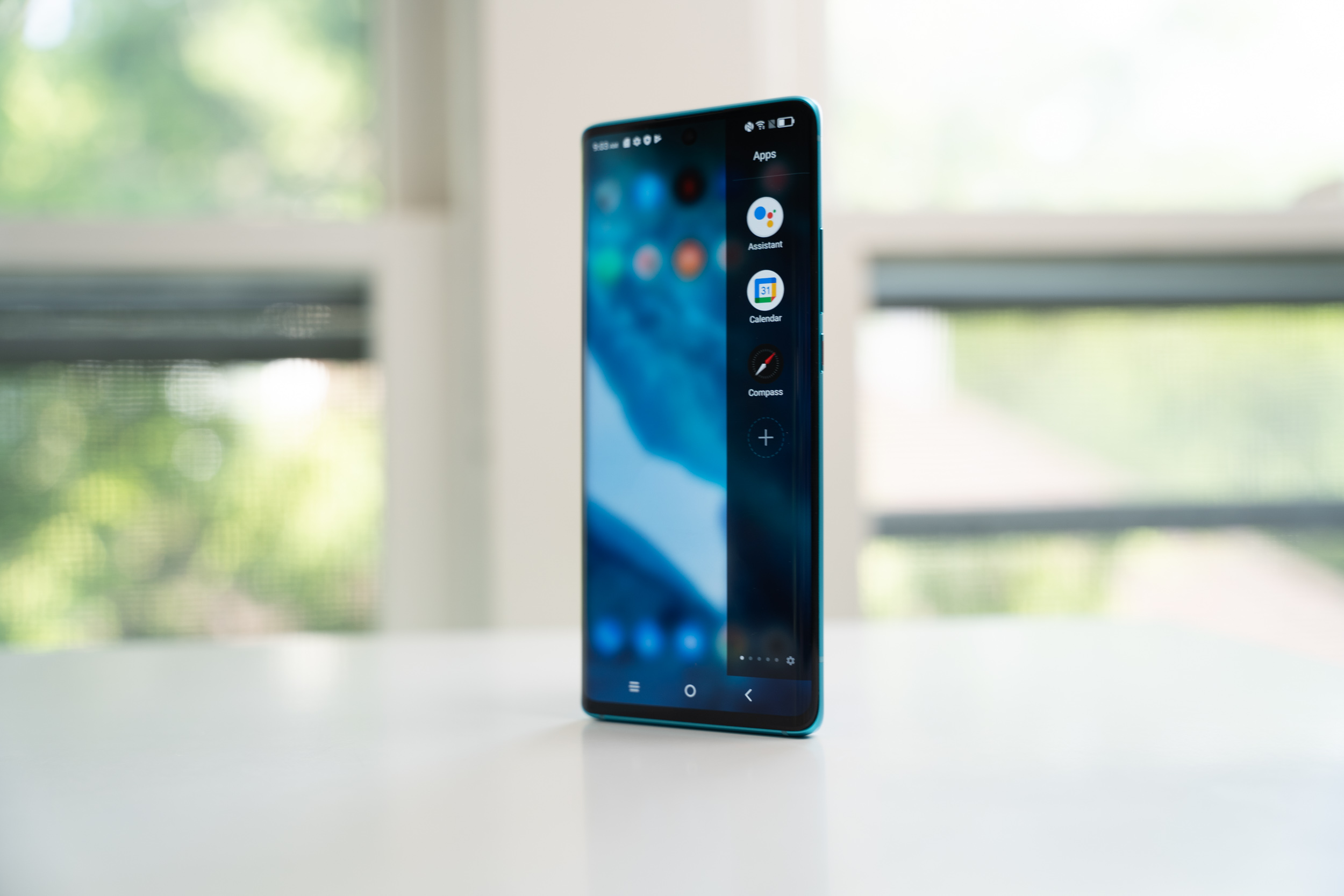 My only real complaint is with the phone’s software. As you’d expect from a budget-friendly device like this, there are a few third-party apps pre-installed, but that’s not a huge deal since that’s par for the course. What I don’t like is that TCL really hasn’t changed its software much over the past two years.

The TCL launcher makes it feel like you’re using a phone from 2015. It’s running Android 11 and TCL has been pretty good at delivering software updates and security patches to its other devices and I expect we’ll get the same here. But the overall user experience of this phone is in dire need of an overhaul which I’m hoping will be introduced when Android 12 arrives. 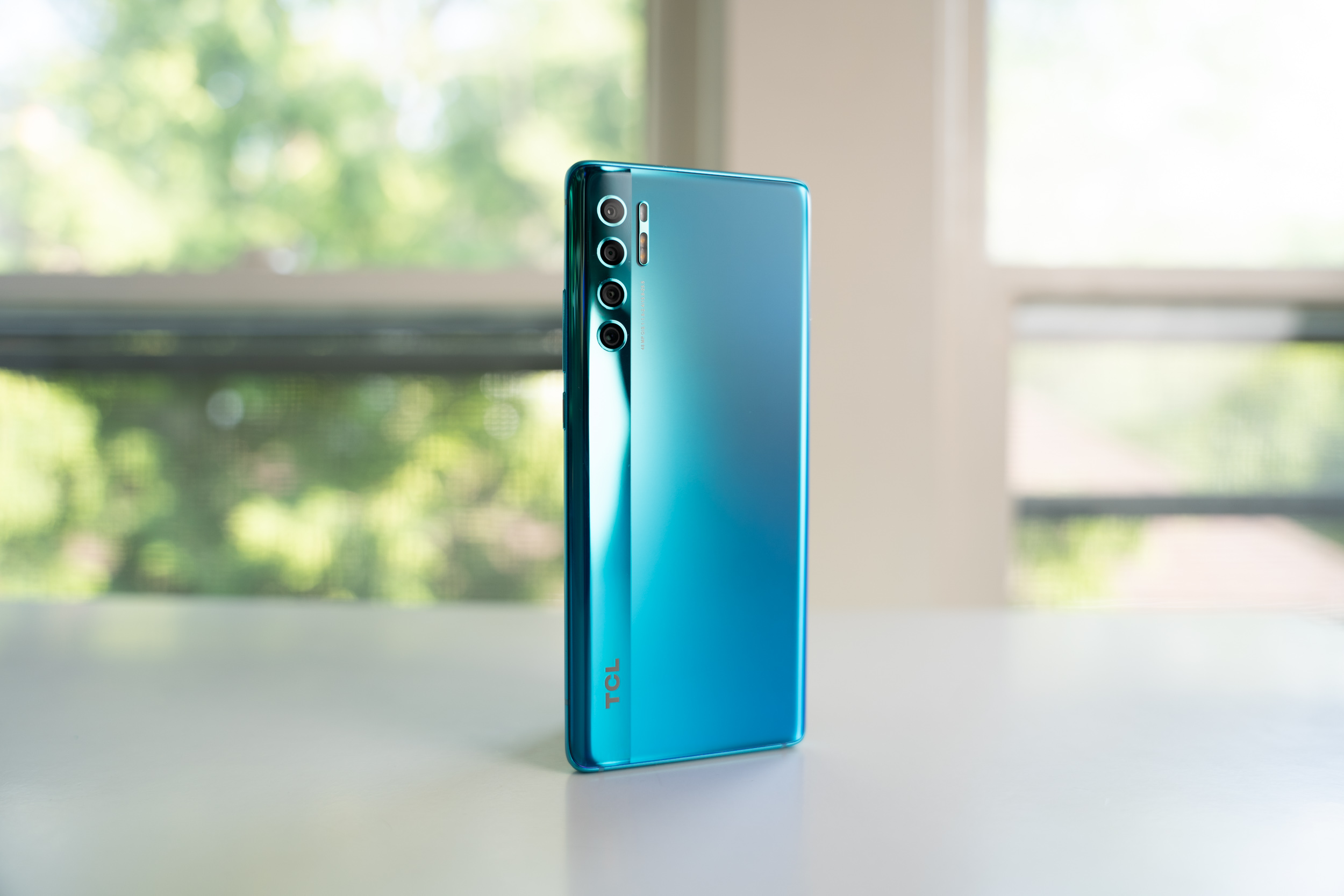 To close things out, let’s touch on battery life and charging. The 18W wired charging isn’t anything to write home about, but it’ll get the job done, topping off the 4,500mAh battery in about an hour and a half. What does make this phone special is that it offers wireless charging, a feature very few $500 phones come equipped with.

Unfortunately, that good news is offset by the 20 Pro’s sub-par battery life. For having a 4,500mAh cell and a Snapdragon 750G, the numbers are disappointing. It will get you through a full day with 5-6 hours of screen on time, but it lasts just as long as the Pixel 4a 5G which only has a 3,885mAh battery. 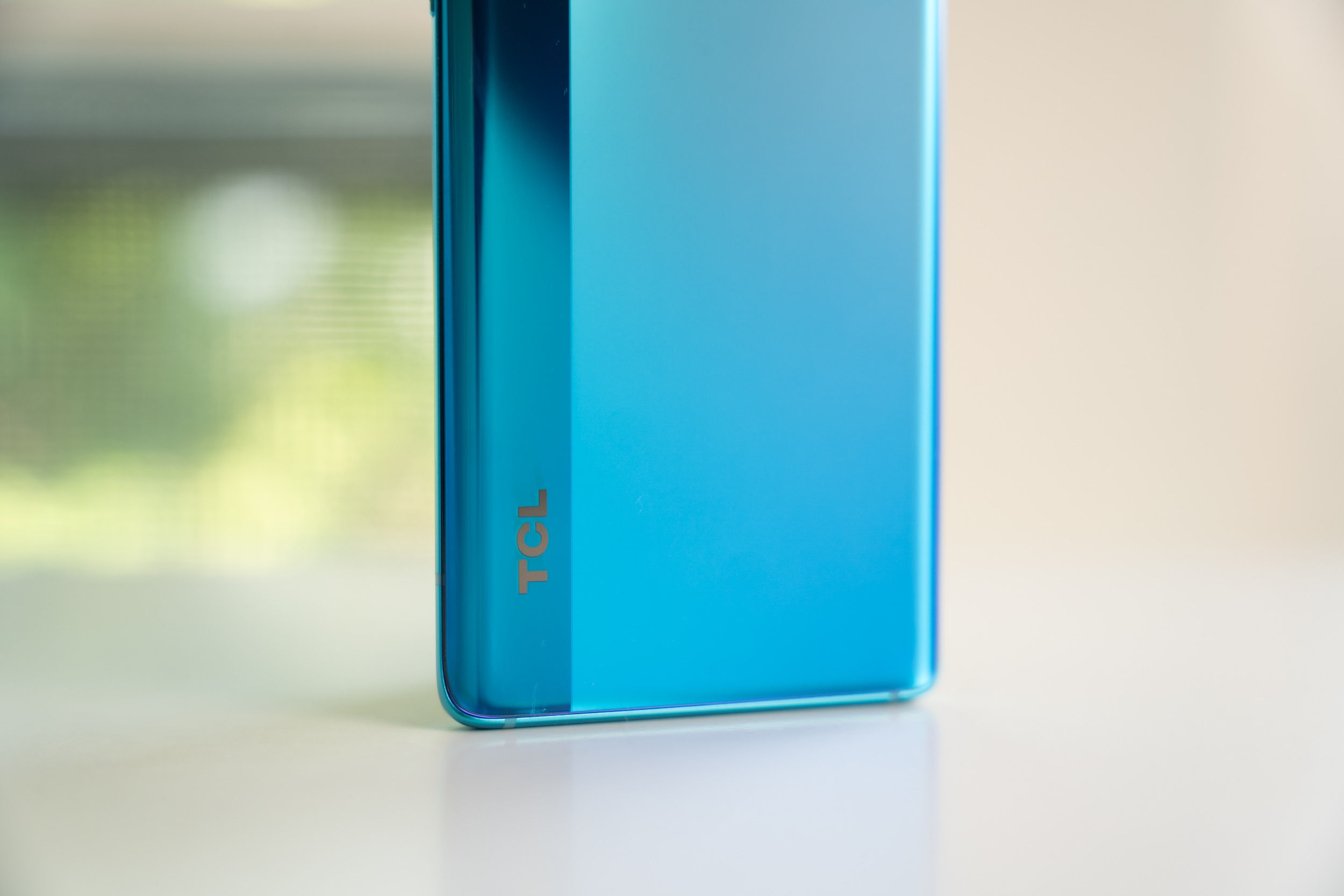 So, after all that, should you buy the TCL 20 Pro? The phone does have its flaws, but so do most other $500 smartphones. The difference here is what TCL has given this device. With wireless charging, a 3.5mm headphone jack, a glass, and metal body, and 256GB of storage, you’re definitely getting your money’s worth when compared to the Samsung Galaxy A52 and the Pixel 4a 5G. You’ll just have to decide for yourself if the compromise in battery life and the software are worth it to you.