Last week, we heard rumblings that Netflix was considering making its way into the gaming business. The streaming giant would offer a series of cloud-streaming games, without adding any cost to the current subscription tiers. Today, the news has been confirmed in Netflix’s letter to investors (via The Verge).

We’re also in the early stages of further expanding into games, building on our earlier efforts around interactivity (eg,Black Mirror Bandersnatch) and our Stranger Things games. We view gaming as another new content category for us, similar to our expansion into original films, animation and unscripted TV. Games will be included in members’ Netflix subscription at no additional cost similar to films and series. Initially, we’ll be primarily focused on games for mobile devices. We’re excited as ever about our movies and TV series offering and we expect a long runway of increasing investment and growth across all of our existing content categories, but since we are nearly a decade into our push into original programming, we think the time is right to learn more about how our members value games.

Although it makes perfect sense for Netflix to try and build around Stranger Things, it’s unknown what other games would be made available. But according to the letter to investors, Netflix will begin with mobile gaming, before potentially making a push into any other markets.

Seeing Netflix add mobile games to its application would be another big contestant in an ever-growing competition. Between Google Play Pass and Apple Arcade, Netflix’s gaming solution would have to be absolutely incredible if it would want to compete. And that doesn’t even get into the possibilities of cloud game streaming where the big hitters like NVIDIA’s GeForce Now and Google Stadia are currently in a battle of their own.

And all by its lonesome, Microsoft’s Xbox Cloud Gaming offers something none of the others can. Microsoft is putting a whole lot of money into this venture, even going so far as to upgrade its xCloud with modified versions of the Xbox Series X.

Netflix has a steep hill to climb if it seriously wants to compete. But one thing’s for sure, it’s not like the company doesn’t have the money to throw at this project and see if something sticks. What we don’t know is when Netflix will begin offering these games, although the letter suggests we could see something in 2022.

Netflix increases the price of all three subscription tiers 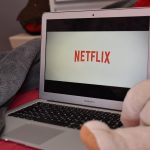 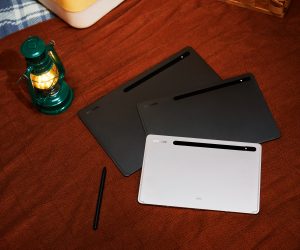