Lost in the sauce from yesterday’s Android 12 Beta 3 release was a report that Netflix might be getting into video games. The report comes from Bloomberg (via 9to5Google) and claims that Netflix is looking into a cloud game streaming service, not dissimilar from what we see in Xbox Cloud Gaming and Google Stadia. This move doesn’t come as much of a surprise, as Netflix has the money to try and build the ultimate streaming service.

According to the report, the move comes after the company hired Mike Verdu, a former Electronic Arts and Facebook executive. Verdu will serve as the “vice president of game development”, after working with developers for Facebook’s Oculus VR games.

The idea is to offer video games on Netflix’s streaming platform within the next year, according to a person familiar with the situation. The games will appear alongside current fare as a new programming genre — similar to what Netflix did with documentaries or stand-up specials.

Netflix is looking to move quickly with the addition of games to its services, as it plans to bring games to the platform “within the next year”. But what may come as a bit of a surprise is that Netflix is not expected to “charge extra” for access to games when they arrive.

Microsoft’s Project xCloud (Xbox Cloud Gaming) has largely been touted as the “Netflix for Games”, and has exploded in popularity. Being able to stream AAA titles from the cloud and play them on any of your devices is extremely convenient. Microsoft has even finished upgrading its xCloud servers to modified versions of the Series X console. Given the continued constraints on the Series X, Series S, and PS5, Microsoft is doing everything it can to entice potential users to stream games.

Google Stadia may be in a bit of a weird place at the moment, but Google announced it would be lowering commission fees for Stadia games. This is being done to try and entice more game developers to bring their games to the cloud streaming platform. Google is also going to be putting more money in the pockets of developers by offering 70% of Stadia Pro revenue. 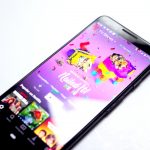