RedMagic 6 Review: The Gaming Phone for Everyone

When it comes to providing a great gaming phone, especially in 2021, phone makers have to think outside of the box a bit. The competition is a bit stiffer in the gaming phone market compared to the flagship smartphone market, and for good reason. Mobile gaming is at an all-time high as our smartphones have become more powerful and power-efficient than even some of the best gaming PCs. It also helps that there is a shortage of the latest graphics cards and processors, leaving folks to turn elsewhere to enjoy their favorite games.

That’s where a company like Nubia is trying to excel, with its RedMagic series of devices. Last year’s RedMagic 5S was a slight upgrade to the RedMagic 5G that earned Phandroid’s Editor Choice award. So the expectations were high coming into 2021, hoping to see Nubia turn the gaming smartphone market on its head again with an updated device. And in our time with the RedMagic 6, that’s exactly what Nubia has done.

Taking a look at the spec sheet, and you’re likely thinking that there’s really not much difference compared to that of the Galaxy S21 or OnePlus 9. However, there are some additional features that you won’t find on either of those devices, that the RedMagic 6 delivers on. 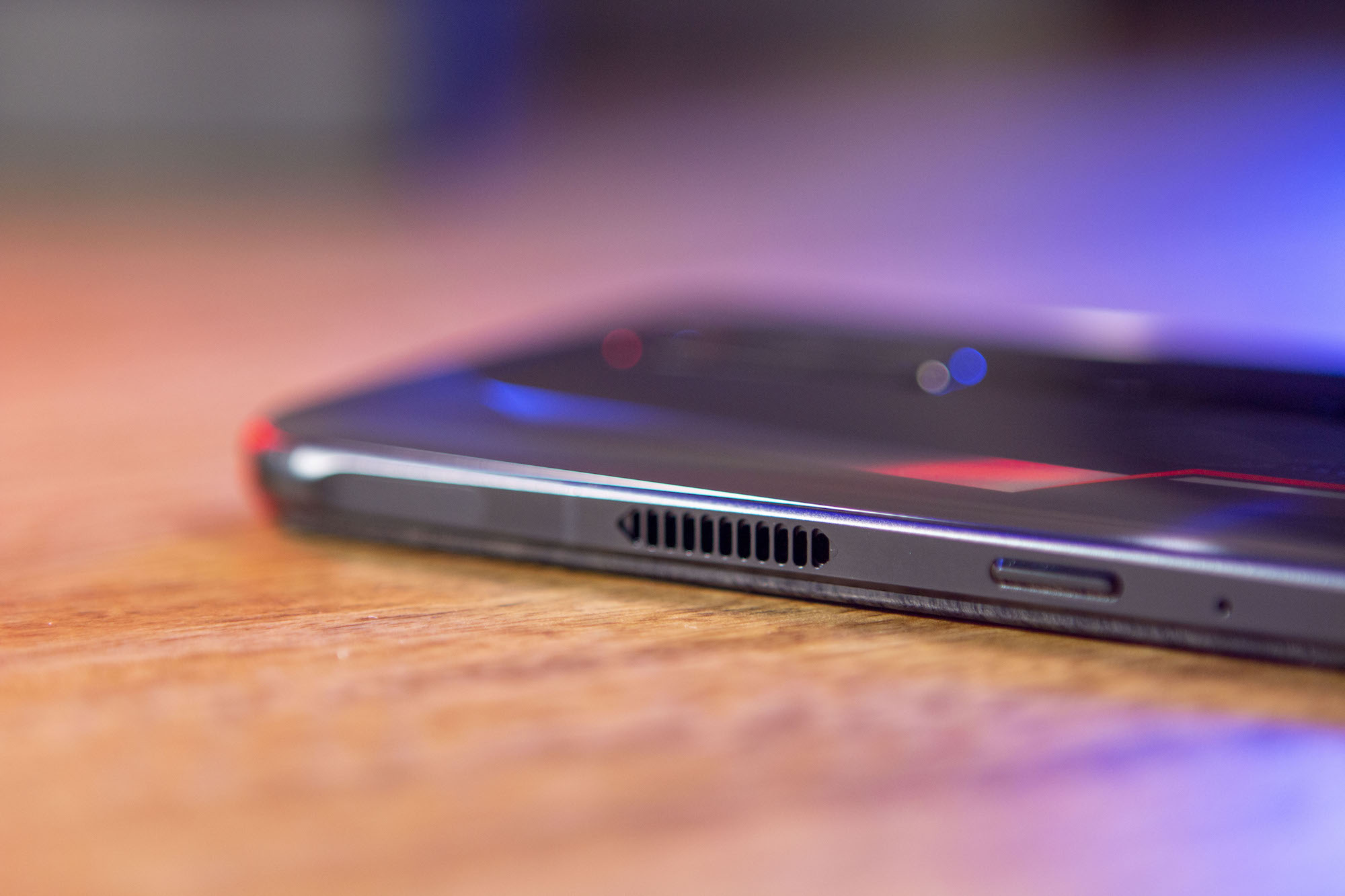 If you look at the RedMagic 5S and put it next to the 2021 RedMagic 6, there really aren’t too many stark differences between these two gaming behemoths. Take a little bit closer of a look and the differences will begin to appear, headlined by the RGB strips placed on either side on the back.

The triple camera system has also been slightly adjusted, with the LED flash being moved from above the vertical camera array, to below the array. There’s also the staple RedMagic RGB logo at the bottom, with the RedMagic branding slapped right in the middle. 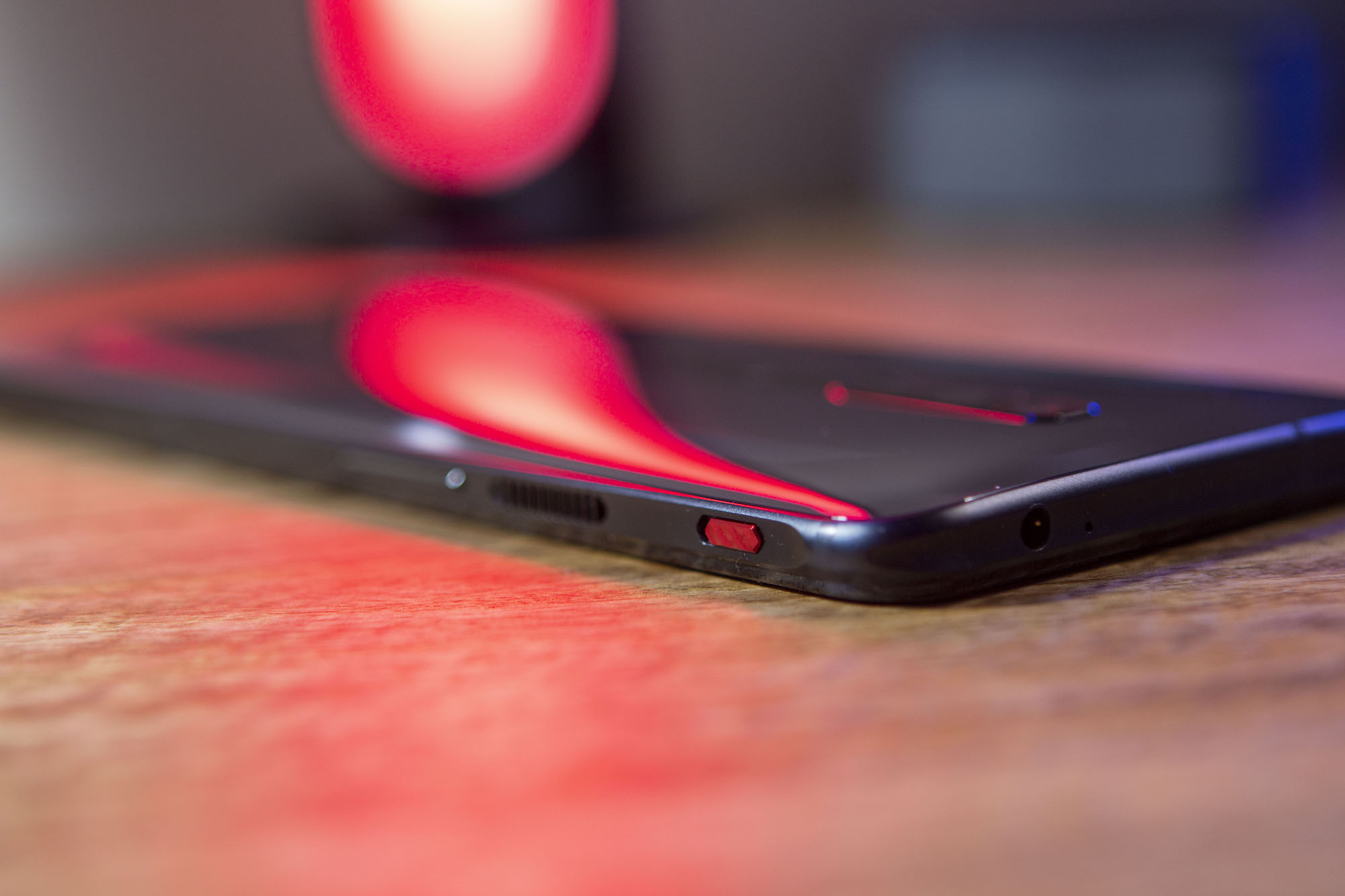 On the frame of the phone, you’ll find the familiar red Game Boost switch, that puts your RedMagic 6 into turbo-mode for your games. There is also a fan place on both the left and right side of the frame, but this is just the beginning when it comes to keeping your gaming phone cool.

At the top of the phone, there’s not much to write home about save for the 3.5mm headphone jack that’s definitely a welcome addition. And as for the bottom, you’ll see the bottom-firing speaker grille along with a USB-C charging port and SIM card tray.

But all of this brings us to that display. This is where RedMagic made the biggest leap when compared to the RedMagic 5S and other smartphones out there. While Galaxy S21 owners are enjoying up to 120Hz refresh rates, Nubia took things a step further, boosting the RedMagic 6’s display up to 165Hz. Going even further, the display features a 500Hz touch response rate, which ensures that everything is as fluid and smooth as humanly possible. 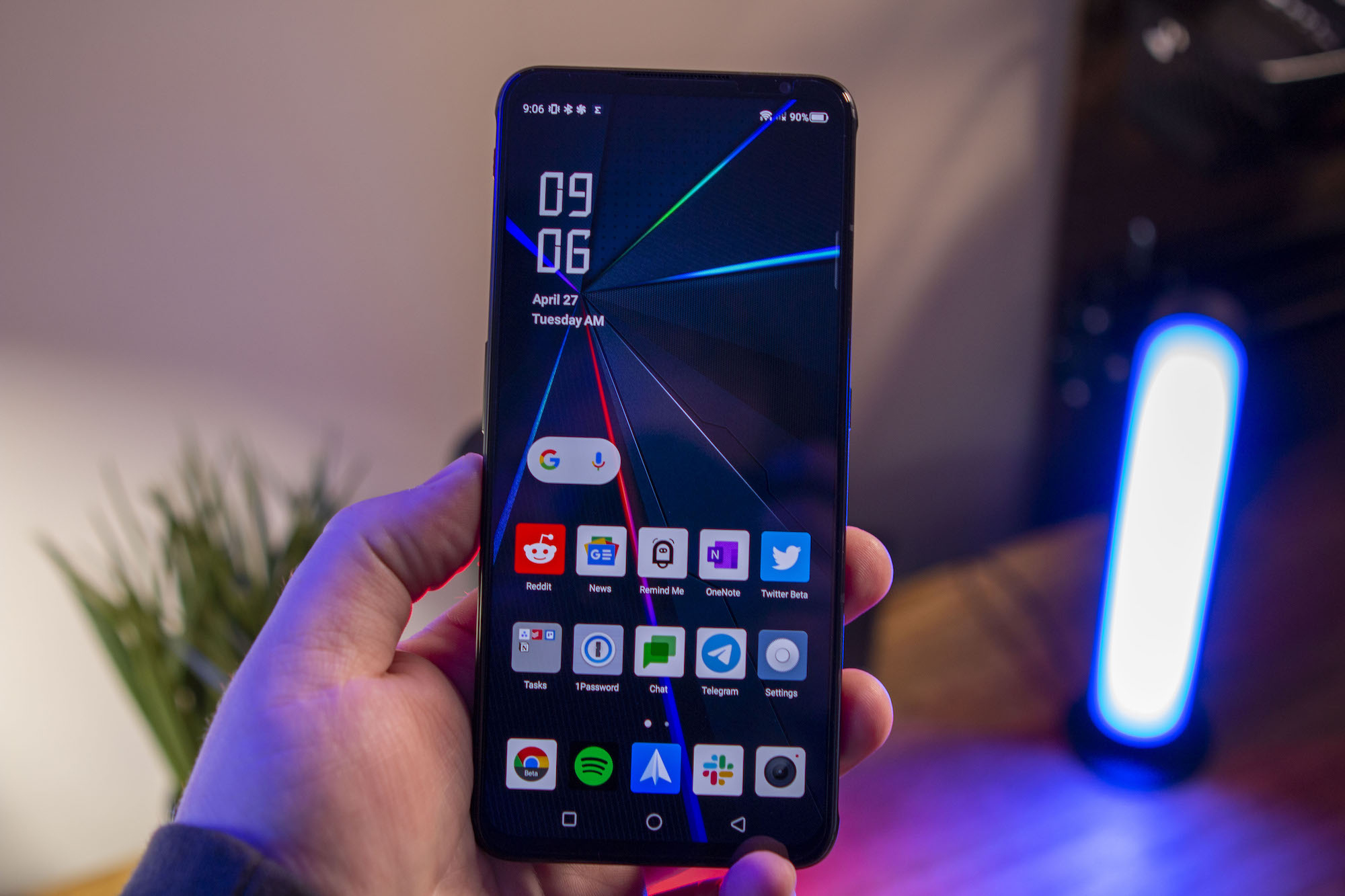 Nubia equipped the RedMagic 6 with the latest Snapdragon 888 chipset, along with including 12GB of RAM and 128GB of onboard storage. This really comes as no surprise, until you consider that the base configuration starts at just $599, whereas the Galaxy S21 and its 8GB of RAM is a full $200 more expensive. So while the RedMagic 6 offers a faster display and more RAM, you can expect one of the best and smoothest gaming sessions.

In our time with the RedMagic 6, there wasn’t anything that this phone couldn’t handle. Browsing Twitter, Reddit, and the web was as easy as you would expect, without dealing with any stutters or frustrations. However, there is just one thing about the RedMagic 6 that left us wanting more – the software itself. 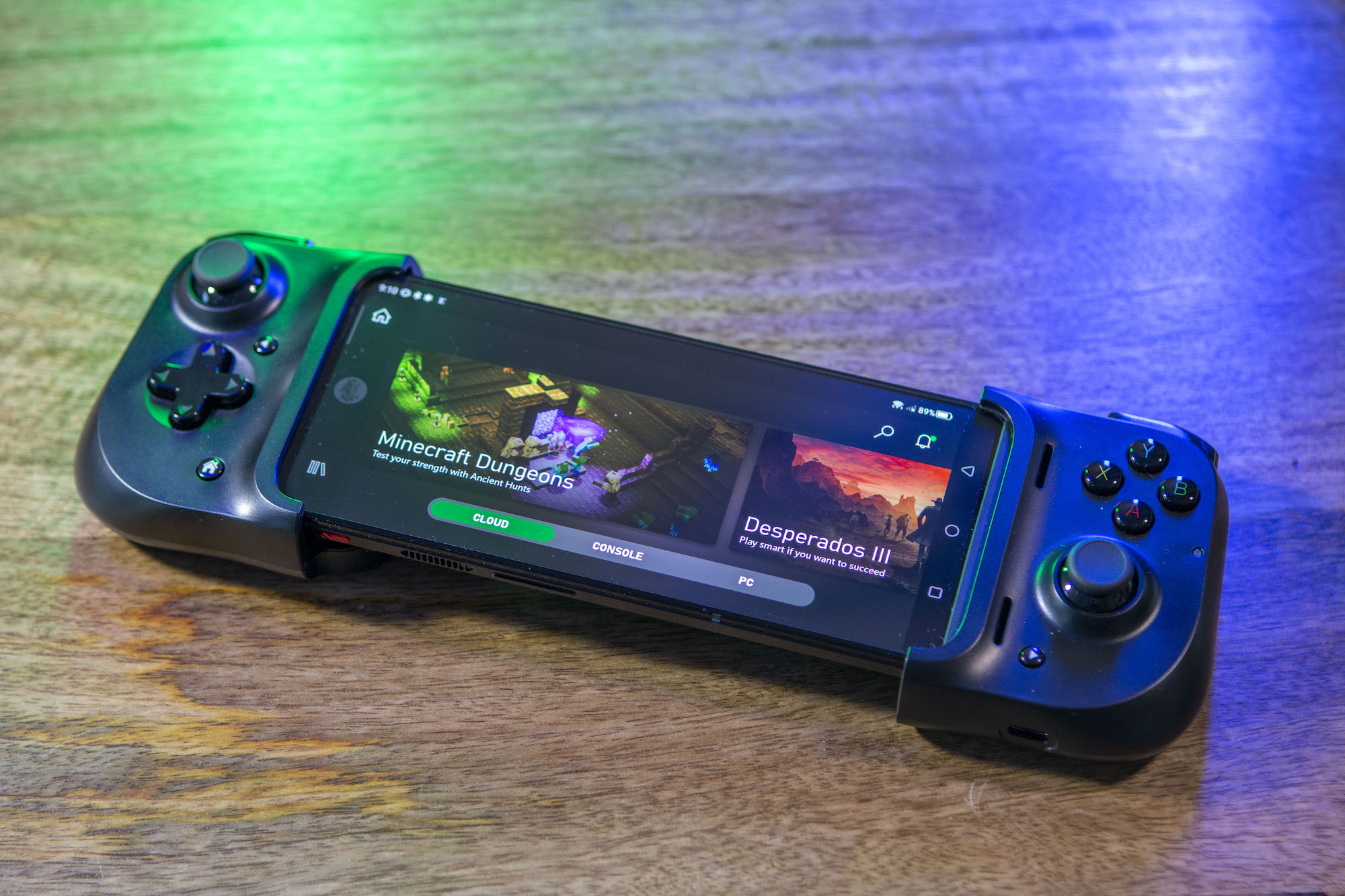 Nubia has done a great job at assembling a gaming-focused smartphone, with some nifty software tweaks thanks to the Game Boost mode. However, the interface itself just feels outdated and lackluster. We aren’t exactly saying that it isn’t solid, in fact, it’s better than the software you’ll find elsewhere. However, there’s just something about the limited customization options that left a sour taste.

Some of this can obviously be remedied by installing one of the best Android launchers, but that’s not something that everyone really wants to deal with. Nevertheless, it’s just something to keep in mind if you’re in the market for a new gaming phone and are considering the RedMagic 6. 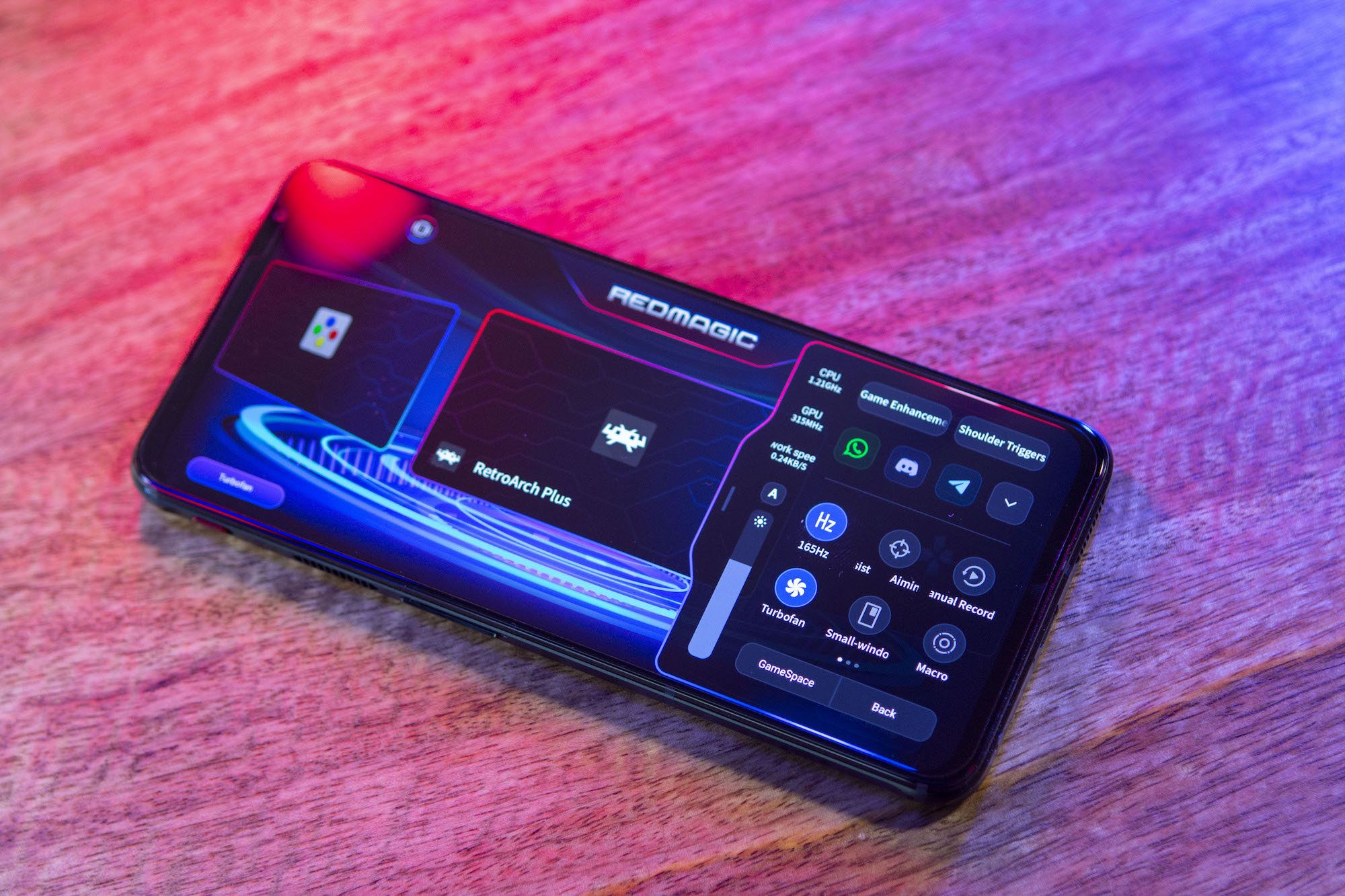 We’ve touched on some of the extra features that Nubia packed into the RedMagic 6, including the dual fans, RGB LEDs on the back, and THE switch to initiate Game Boost. Flick the switch on the side of the phone, and you’re instantly taken into the RedMagic Game Space. From here, you’ll be able to access any games that are installed on your phone, which is nice to get rid of any extra clutter on your Home Screen. Nubia even makes it possible for you to manually add games to Game Space if they weren’t already populated, but we didn’t experience any issues on that front.

The first time you activate Game Boost, the software will walk you through the different aspects, including how to access your games, and how to control the dual fans. Sliding out from the right side of the screen reveals a side panel that’s accessible in all of your games, and gives you more control over what your phone can do.

This is the same Game Space that was featured on last year’s RedMagic phones, and we’re really excited to see it return with the RedMagic 6. From here you can adjust things like the refresh rate, manually record your gameplay, change the speed of the fans, activate Game Enhancement, and customize those Shoulder Triggers. 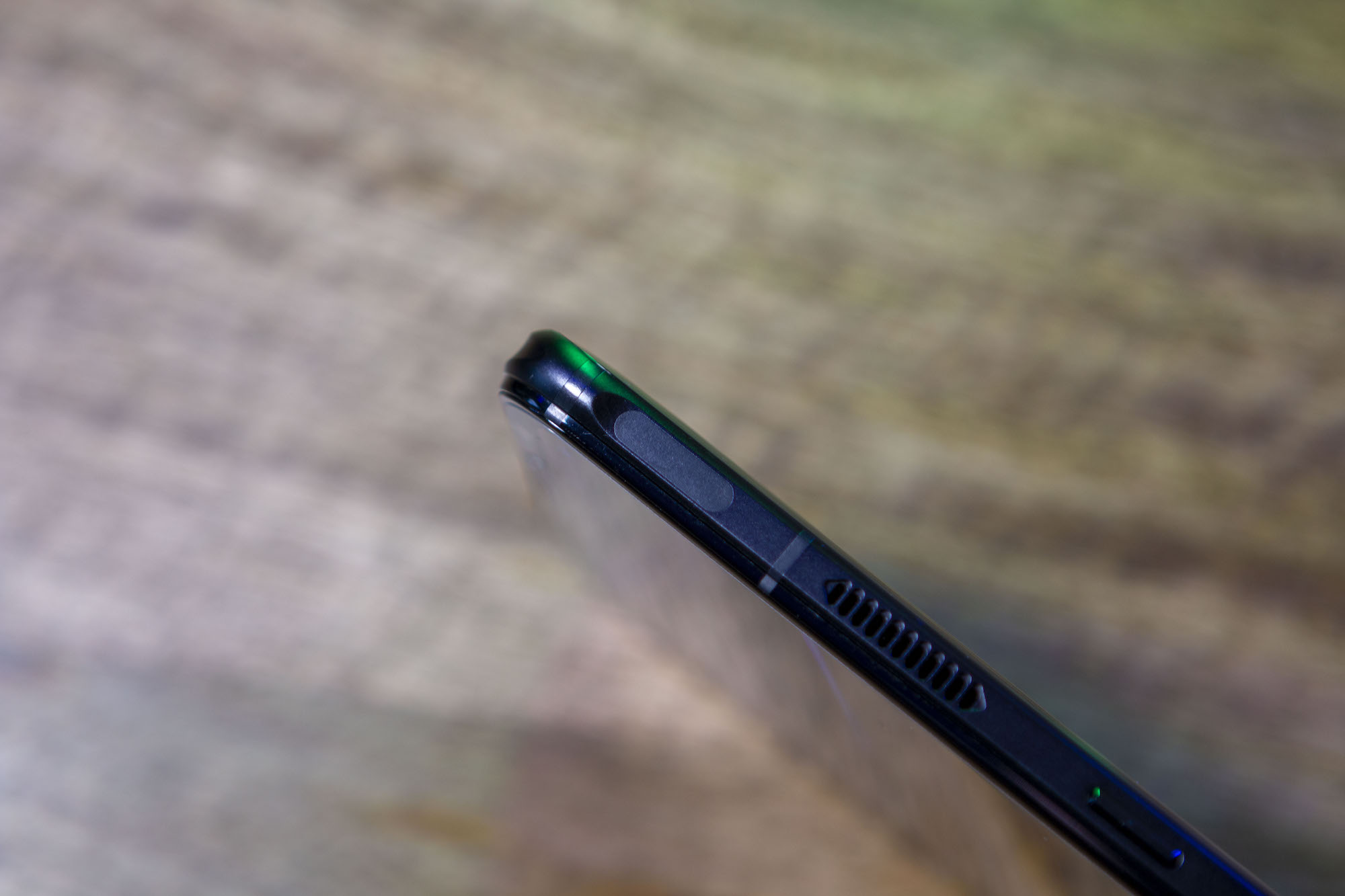 As you would expect, these touch-capacitive triggers cannot be customized or adjusted until you are actually in the game that you want to use them in. For example, the first time you load up Call of Duty: Mobile, it might behoove you to play through the tutorial, just so you can get the triggers set up without having to worry about running into any issues once you’re ready to jump into an actual match.

The touch sensitivity is off the charts, and it’s something that I wish we could have on all smartphones. Yes, there are external controllers and accessories that help you gain that competitive edge, but those are all attachments. Whereas these triggers are built right into your phone, don’t require much in terms of getting them set up, and are with you wherever you go. 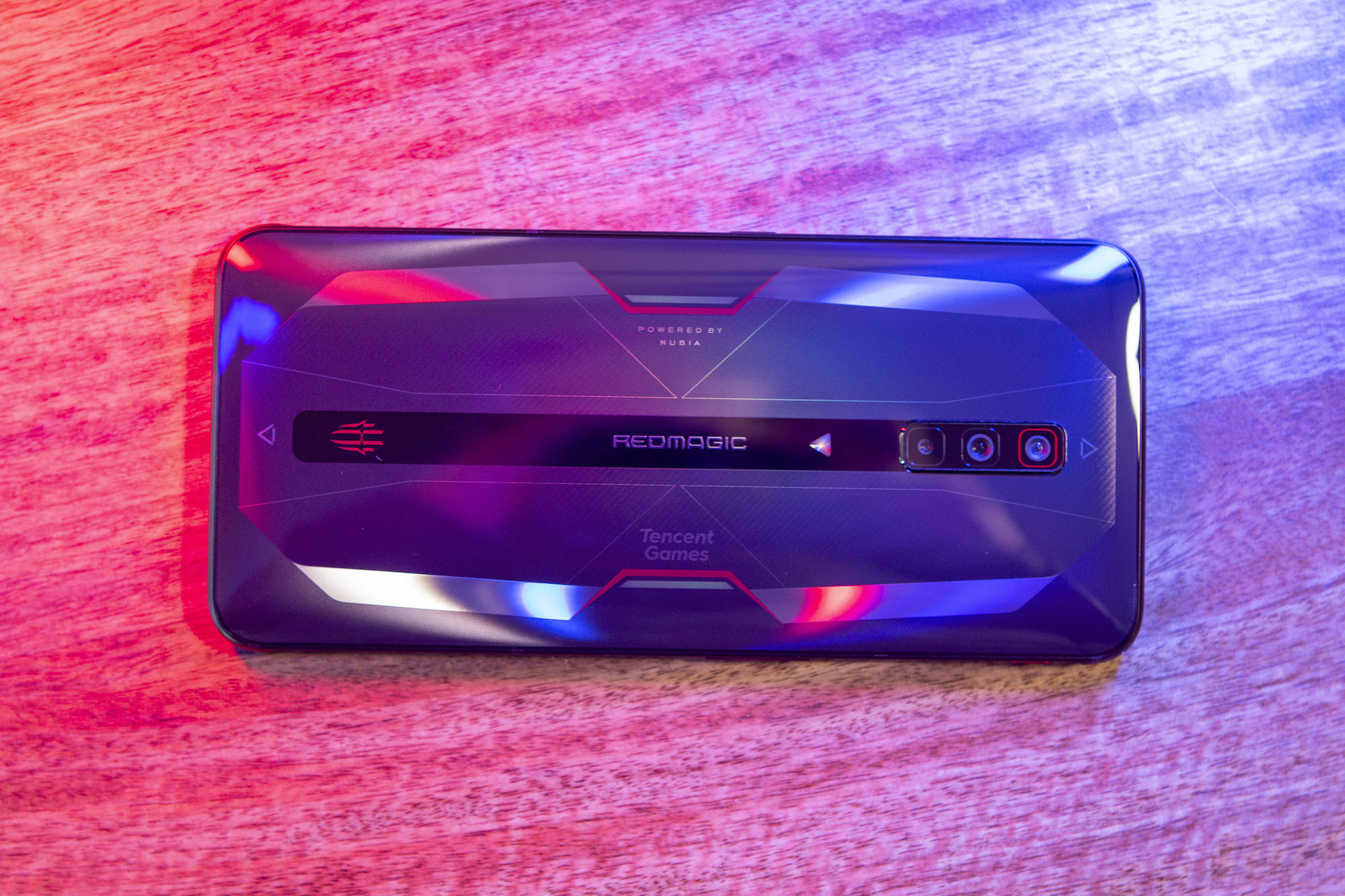 We haven’t even made it to the mid-way point of 2021, but the RedMagic 6 looks like it could very easily take home the crown for the best Android phone for gaming. If you can get past the middling cameras and okay software experience, then the RedMagic 6 makes for the perfect gaming companion. Having those shoulder triggers at all times without dealing with add-on accessories, along with the built-in and adjustable fans to keep things cool, this phone hits all the marks.

So should you buy it? Well, even without all of the extra gaming features, the RedMagic 6 is a surprisingly great device overall considering that it’s priced at just $599. This is $200 cheaper than the latest Galaxy S21 and is $80 cheaper than its closest competition in the ROG Phone 5 despite the former featuring lesser specs than RedMagic. If you want a great gaming phone with some RGB and don’t care about the cameras, then the RedMagic 6 is almost perfect.

If you’re in the market for a new gaming-focused smartphone, you really can’t go wrong with the RedMagic 6. Just be prepared to deal with an unattractive software interface and a camera system that is just not all that great. But fast-charging speeds, all-day battery life, and extra gaming features set this apart from the competition.