The ASUS ROG Phone 5 is the ultimate gaming phone, but it’s not cheap

While we continue awaiting the arrival of the OnePlus 9 lineup, that hasn’t stopped ASUS from making waves with its latest ROG Phone for the gaming enthusiasts out there. The company has been teasing the ROG Phone 5 for a few weeks now and held a virtual event this morning to show off what has been in the works. But instead of announcing just a single phone, ASUS has actually introduced three new phones with the ROG Phone 5, ROG Phone 5 Pro, and ROG Phone 5 Ultimate.

Gaming phones are becoming more and more popular, as they offer unique designs along with some extra features that help these phones to stand out from the crowd. The ROG Phone 5 lineup definitely does not disappoint in any of those categories, featuring flagship-level specs and some extra goodies that will warm up your RGB heart.

A lot of similarities

All three devices in the ROG Phone lineup sport a 6.78-inch AMOLED display, all with the same 2,448 x 1,080 resolution. Gamers want fast refresh rates, and that’s what you’ll get here thanks to the 144Hz refresh rate to go along with this Samsung display panel. Under the hood, we have the Snapdragon 888 chipset, which should come as no surprise. RAM is another key spec that gamers pay attention to, and ASUS has provided more than enough for each device. The standard ROG Phone 5 offers 8GB, 12GB, or 16GB of RAM, while the Phone 5 Pro features just 16GB of RAM, and the Phone 5 Ultimate is equipped with a whopping 18GB.

Storage ranges from either 128GB or 256GB on the base ROG Phone 5, while both the Pro and Ultimate versions include 512GB. None of these models include a microSD card for storage expansions, so you’ll want to keep that in mind when deciding which version to get. 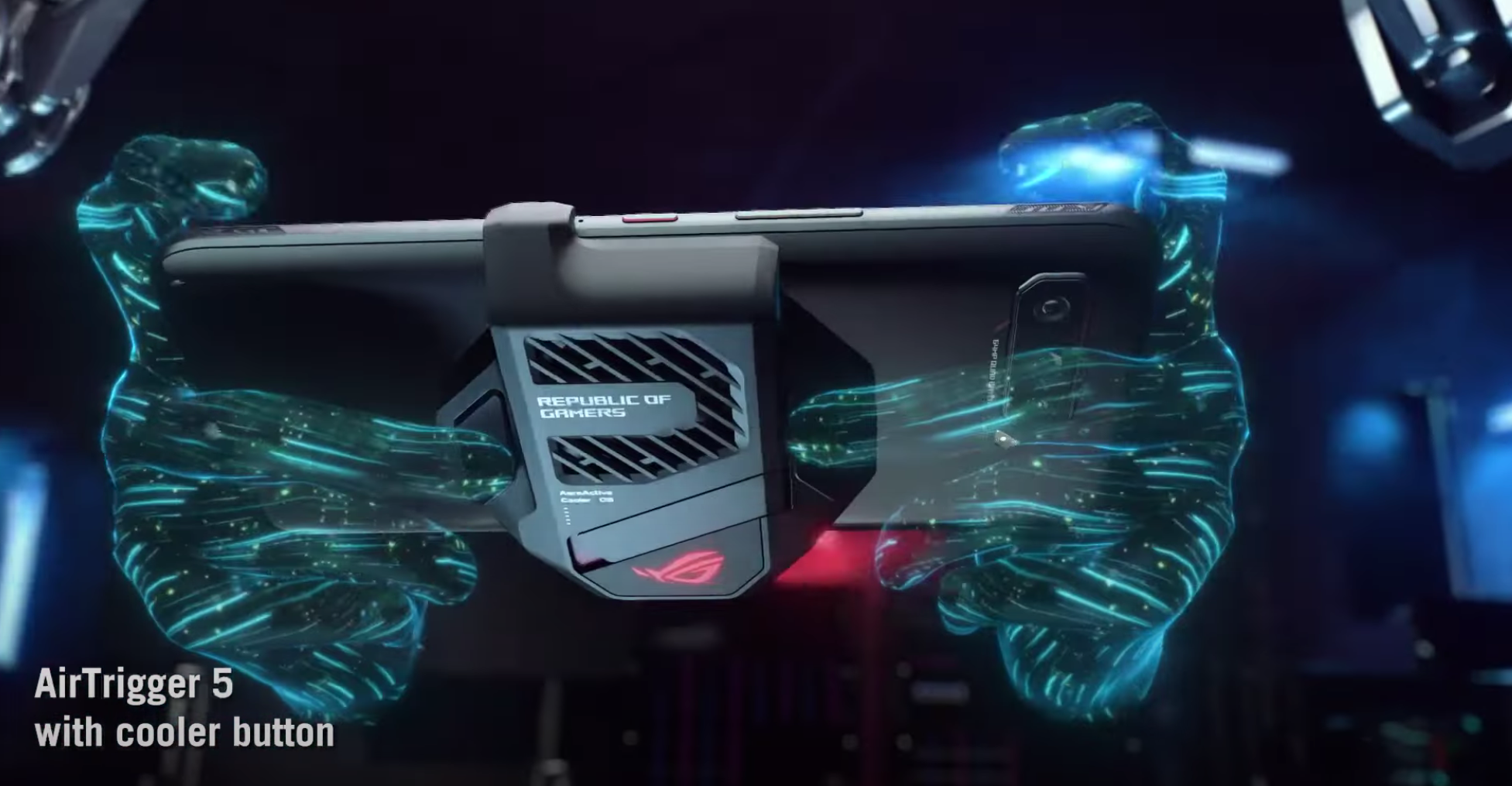 Battery life should also be incredible with the dual-3,000mAh cells that are included in each variant. These provide a total of 6,000mAh of juice, which should be more than enough to get you through some longer gaming sessions without feeling the need to reach for a charger just to get to the end of the day. But if you do need to top off the batteries, then you’ll enjoy the 65W charging speeds, and ASUS is bucking the recent trend from phone makers and including a fast wall charger in the box. Just don’t expect to be able to use a wireless charger with the ROG Phone 5.

The camera system for all three models is also the same. There’s a triple camera setup on the back of the ROG Phone 5, headlined by a 64MP main sensor. ASUS also included a 13MP ultrawide camera, and a 5MP macro lens for those who want to get up-close with their new smartphones. On the front, you’ll find a rather basic 24MP selfie camera.

When audiophiles are looking for a phone, the first option recommended is usually the LG V60 thanks to the built-in DAC. But ASUS is coming in hot with the new HyperStream II Quad DAC, and that will come in quite handy with the built-in 3.5mm headphone jack. 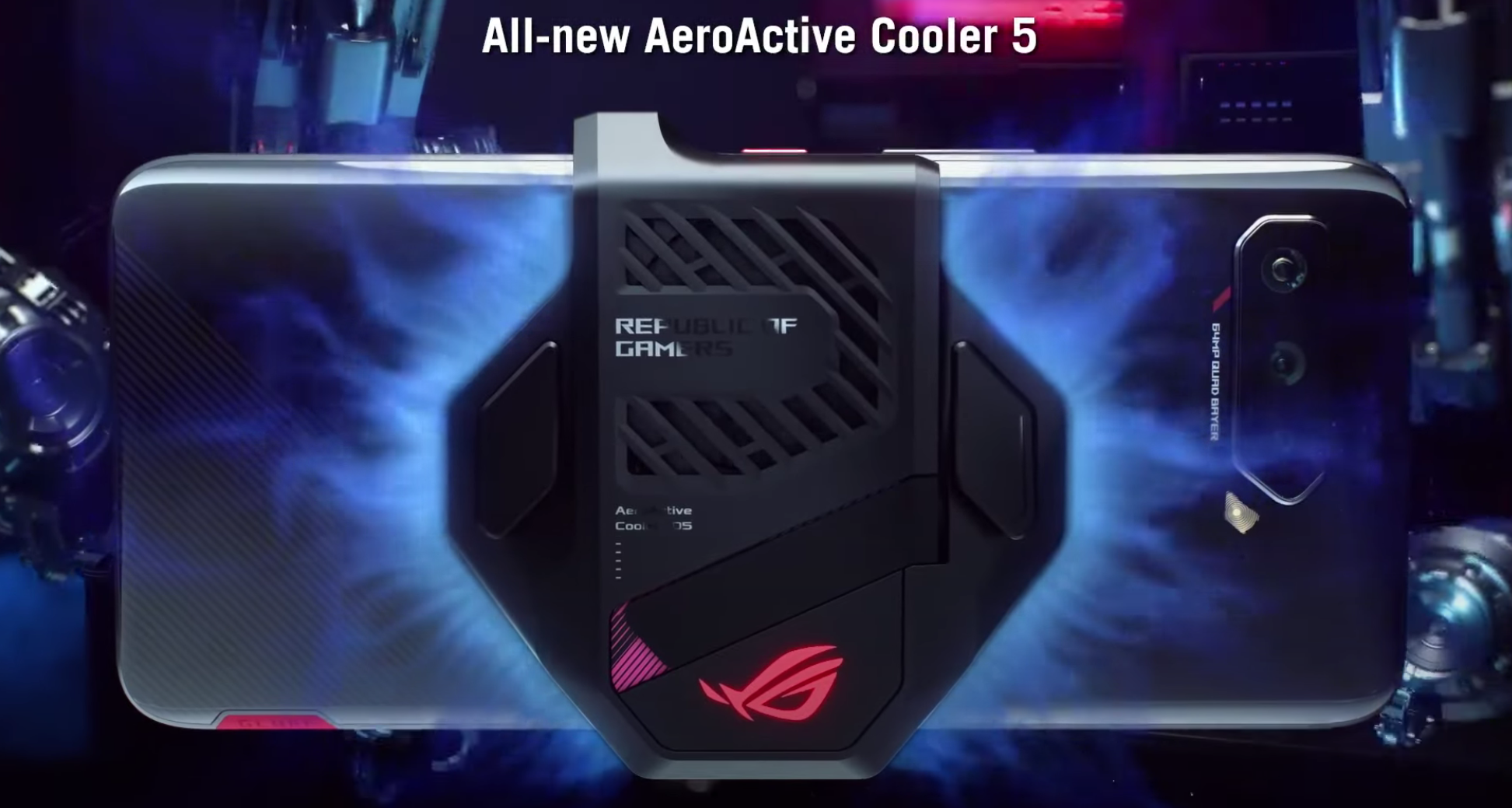 As was the case with the ROG Phone 3, ASUS is also releasing a few new accessories that were designed specifically for the ROG Phone 5. This is why you’ll find a side-mounted USB-C port, for things like the new AeroActive Cooler 5, which just clips onto your phone to keep your phone from overheating. This also adds a couple of extra physical buttons to the back of your phone, while doubling as a kickstand and works with all three versions.

Air Triggers also return to the ROG Phone, as there are two touch-sensitivebuttons’ on the frame of the ROG Phone. These remove the need for third-party controllers if you plan on playing something like PUBG or COD: Mobile with the ROG Phone. But the ROG Phone 5 Pro and Ultimate have a couple of extra tricks up their sleeve. 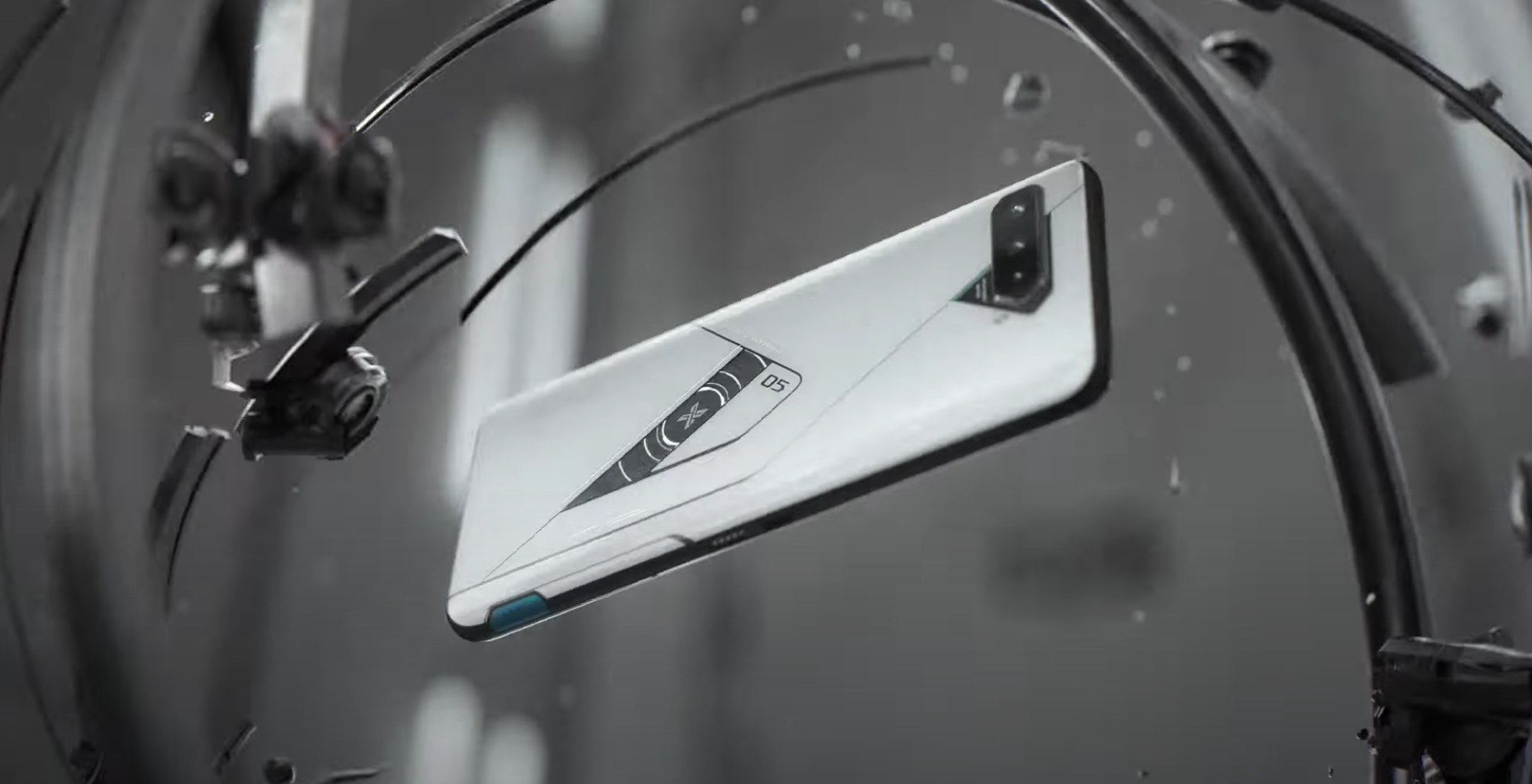 In addition to the Air Triggers on the frame, both the ROG Phone 5 Pro and ROG Phone 5 Ultimate feature dual touch sensors on the back of the phone that are hidden. These are built into the phone and will provide L2/R2 trigger functions, just like your favorite next-gen controller. Plus, they are designed in a way that won’t interfere with the aforementioned AeroActive Cooler 5.

The ROG Phone 5 Pro and Ultimate also have another feature that is not found in the standard Phone 5 – Motion Controls. There are a total of 10 motion controls that can be taken advantage of while playing your favorite racing games. Just tilt your phone forward to accelerate, backward to throw on the brakes, and left or right to make those turns.

There are even customizable LED displays on the back of the Pro and Ultimate, adding a bit more personal touch and flair to an already-impressive package. Of course, these are only there since ASUS could do it, but being able to have your Gamertag or a custom message flash across the back of the phone is pretty damn cool.

ASUS confirmed that the ROG Phone 5 will launch in Europe this month, with the Pro version coming in April, and the ROG Phone 5 Ultimate launching in May. The staggered release seems a bit odd, but it will be interesting to see if ASUS brings these powerhouse phones to the States, or if the West will be left out of the fun.