While a lot of our focus tends to be on mid-range or flagship devices, there’s a segment of the market that is growing faster than either of those. The sub-$300 smartphone market is in the midst of a tremendous battle, with companies like Motorola, Samsung, and even OnePlus releasing phones that are more popular than flagship models.

We’ve already taken a look at the OnePlus Nord N10 and N100, showing that a phone that costs less than $300 can still pack quite a punch. Today, Samsung unveiled the new Galaxy A32, with a familiar design along with getting rid of the annoying back camera hump.

Samsung has already released the Galaxy A32 5G variant of this device, providing 5G connectivity without forcing you to break the bank. But the Galaxy A32 is the 4G version, dropping 5G altogether in favor of saving you even more money.

The spec-sheet reads just like one you would expect to find for a phone that doesn’t break the $300 barrier. Samsung is using the Helio G80 chipset paired with up to 8GB of RAM, and 128GB of expandable storage thanks to a microSD card slot. 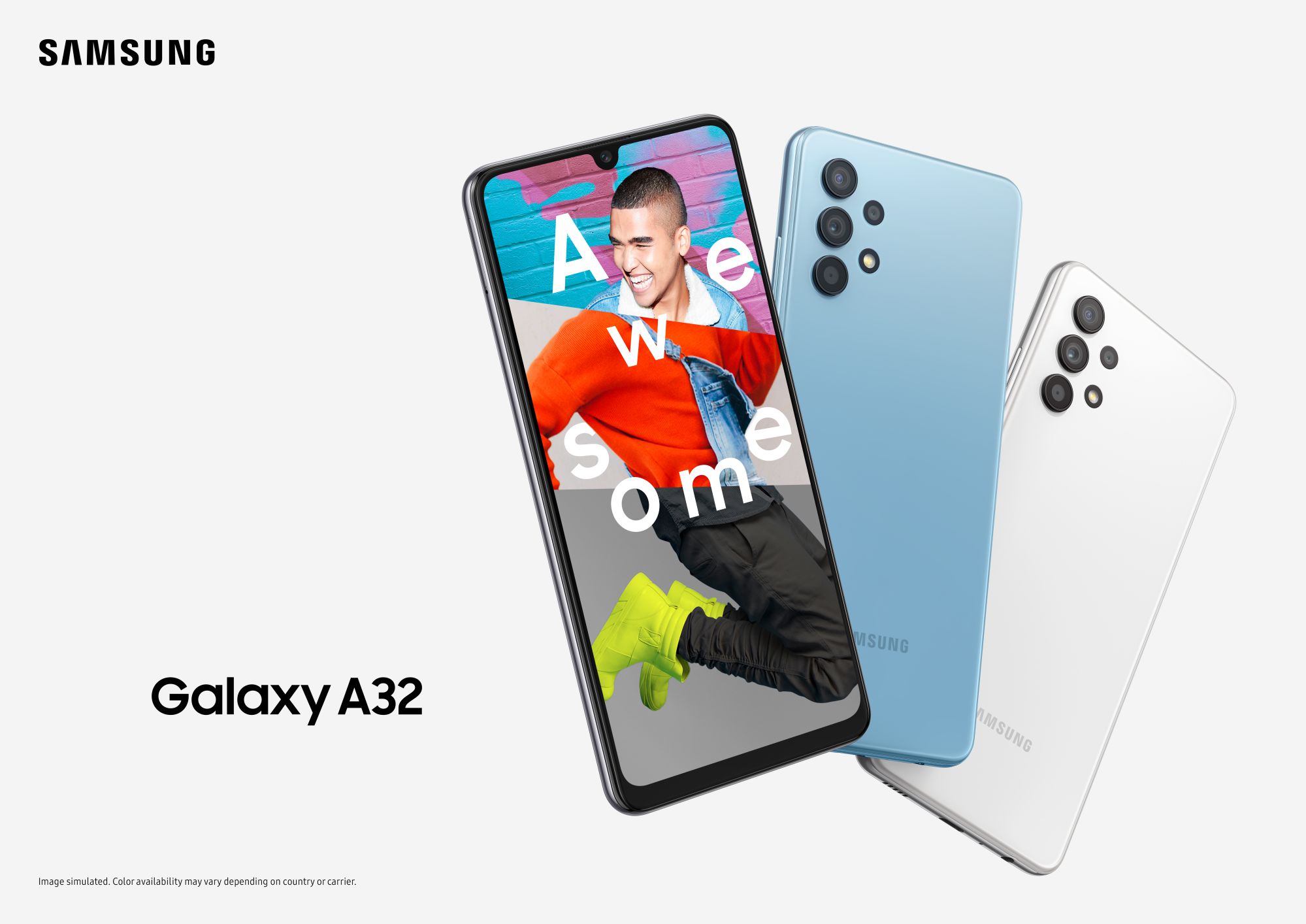 On the back, there’s a quad-camera system, headlined by the 64MP main sensor. Samsung also included an 8MP ultra-wide camera, 5MP depth sensor, and even a 5MP macro lens. Meanwhile, the selfie camera comes in at 20MP, hidden within the U-Notch design on the display.

Speaking of that display, the Galaxy A32 features a 6.4-inch FHD+ AMOLED panel. But the real fun is that Samsung has equipped the budget-friendly A32 with a 90Hz refresh rate, which should be the minimum required on any smartphone in 2021.

Rounding out the Galaxy A32, Samsung included a 5,000mAh battery into this bad boy. And while you won’t be able to get the same fast-charging speeds as its flagship brethren, you’ll still be provided with the ability to charge at up to 15W.

The Galaxy A32 will be released for around $270 for the 4GB/64GB version, while the 8GB/128GB model is priced at around $295. The company will be releasing the A32 in various markets around the world in the coming weeks and is available in three different colors.