Kicking off 2021, Samsung has been stealing the spotlight, as is tradition, when it comes to new smartphone launches. The Galaxy S21 lineup launched and has been the source of much coverage as it’s the latest flagship from Samsung. However, OnePlus has also been making a play in the headlines, and not just for rumors about the upcoming OnePlus 9 / 9 Pro series.

10 First things every OnePlus Nord N10 owner should do

Late last year, the company introduced its Nord N lineup of devices, headlined by the Nord N10 5G and accompanied by the Nord N100. The Nord series of phones are designed to get OnePlus hardware into the hands of more and more users, as the OnePlus 8 Pro / 8T may be a bit too expensive for some. This is no different than what we see from Samsung with its Galaxy A lineup, along with some other Galaxy *insert letter here* devices.

Out of the two Nord N devices, the Nord N10 5G is the more intriguing of the bunch. For less than $300, you’ll get a device that sports a 6.49-inch display with a 90Hz refresh rate. Under the hood, you’ll find the Snapdragon 690 processor coupled with 6GB of RAM and 128GB of storage. Surprisingly, you can even throw in a microSD card, which is something that can’t be said for many flagship devices, including the Galaxy S21.

While the Snapdragon 690 may not seem as impressive as something like the 765G which is powering many mid-range handsets. However, the real benefit here is that the SD690 provides enough power, while also giving you 5G connectivity. Instead of spending an arm and a leg on a higher-end device just to experience 5G, the Nord N10 5G does this for just $299. 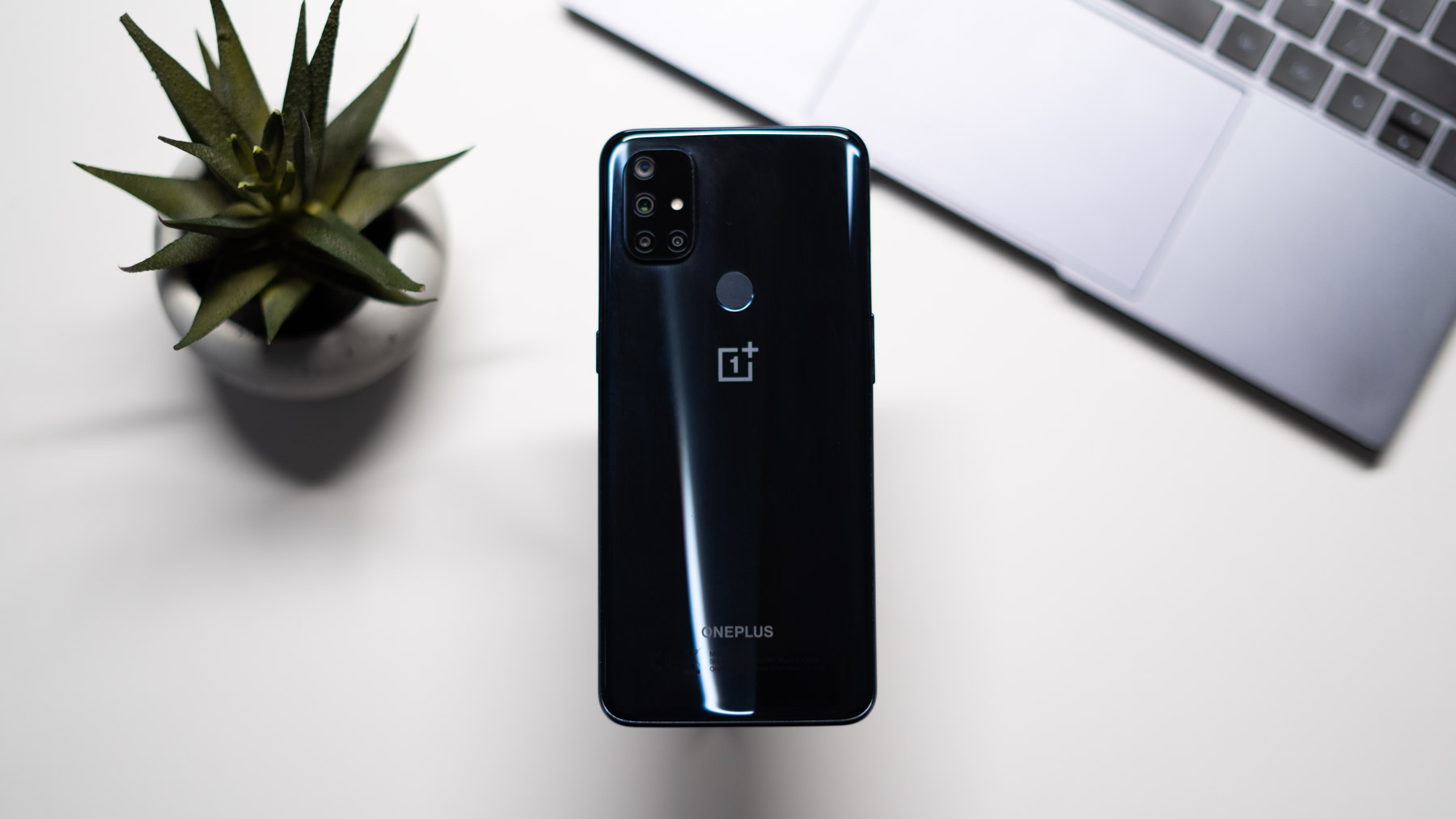 From a design aspect, this doesn’t look too much different from the OnePlus 8 Pro and OnePlus 8T. You’ll find a shiny metallic finish on the back, along with a tall display and a hole-punch selfie camera. On the back, there’s a quad-camera system placed in the top right corner, along with a fingerprint scanner that is placed between the camera hump and OnePlus logo.

This recent trend of physical fingerprint scanners in budget or mid-range smartphones is actually refreshing. Even though the Galaxy S21 features a vastly-improved ultrasonic fingerprint scanner, there’s just something to love about that rear-mounted scanner.

Around the rest of the phone, there’s really nothing much to write home about. The charging port, microphone and speakers are found on the bottom, along with a 3.5mm headphone jack. Which is something else that we are seeing removed from more and more phones, and it’s not the end of the world, but it’s a nice inclusion on the N10 5G.

Diehard OnePlus fans may take one look at the N10 5G and notice a glaring omission – there’s no volume slider. That has been one of the key hardware features for OnePlus devices, but it’s nowhere to be found on this budget device. Again, this isn’t the worst decision, as OnePlus had to cut corners in different areas in order to meet the price point. But if you’re a big OP fan and rely on that slider, then you may want to think twice, or just deal with using the volume rocker to make your changes. 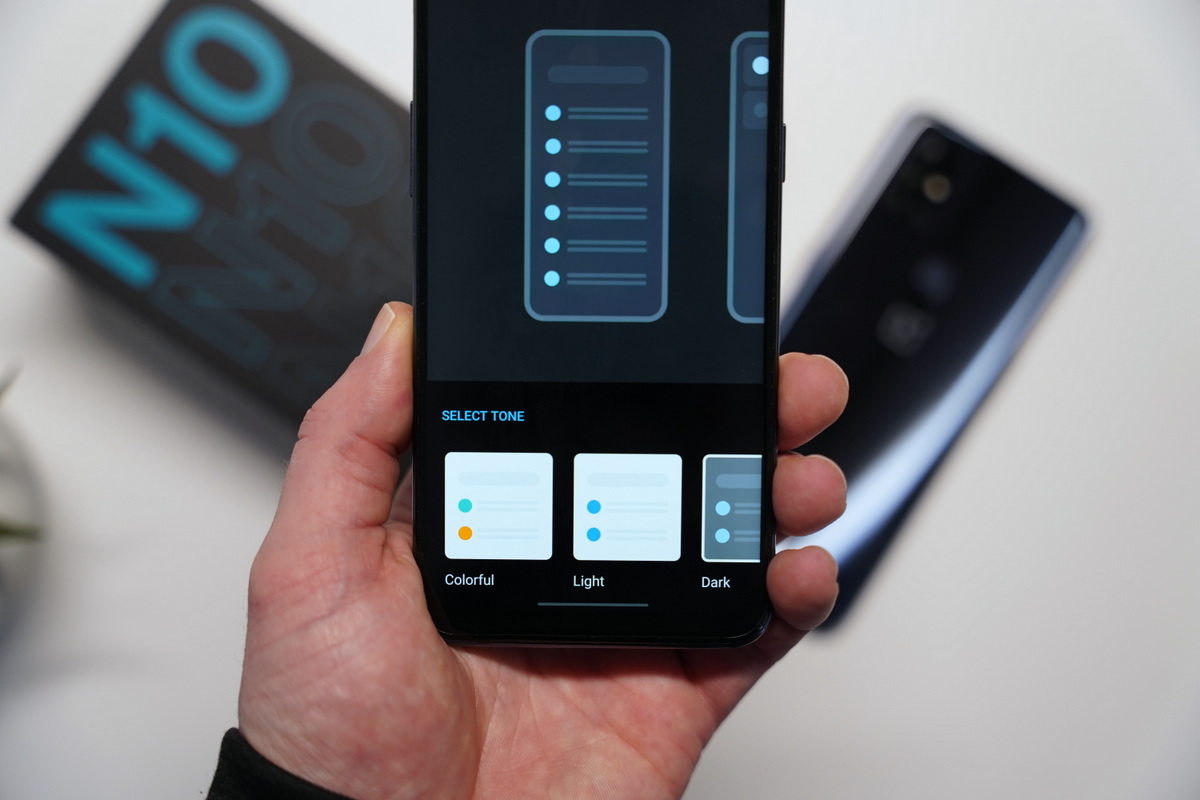 On the software front, the Nord N10 5G comes with Android 10 out of the box, and this is where we find our first major disappointment. OnePlus has really dropped the ball on the software front, as the company confirmed that the N10 5G and N100 will only receive one major software update. That means that your latest smartphone will only be updated to Android 11 and will completely miss out on Android 12. Of course, you’ll end up being able to root the N10 5G and potentially put Android 12 on it when ROMs are made available, but Google has just released the first Developer Preview for Pixel devices.

OnePlus did try to make up ground with its users by confirming that both the N10 5G and N100 will receive two years of security updates. But that’s simply not good enough. In a world where users are fighting to make the most out of smartphones that cost as much as a computer (or more), one major software update is just not acceptable. Throw in the fact that these devices were made available after Android 11 was released and still shipped with Android 10, and you have nothing but a head-shaking moment. That doesn’t even account for the fact that we are now into February and there’s still no sight of Android 11. Let alone the fact that you could end up grabbing the Nord N10 5G and it would be two software versions behind other devices.

As for the software interface itself, it’s OxygenOS, and there’s nothing here that you won’t find on any modern OnePlus device. It’s arguably the best version of Android, although One UI is catching up and stock Android is still King for many. 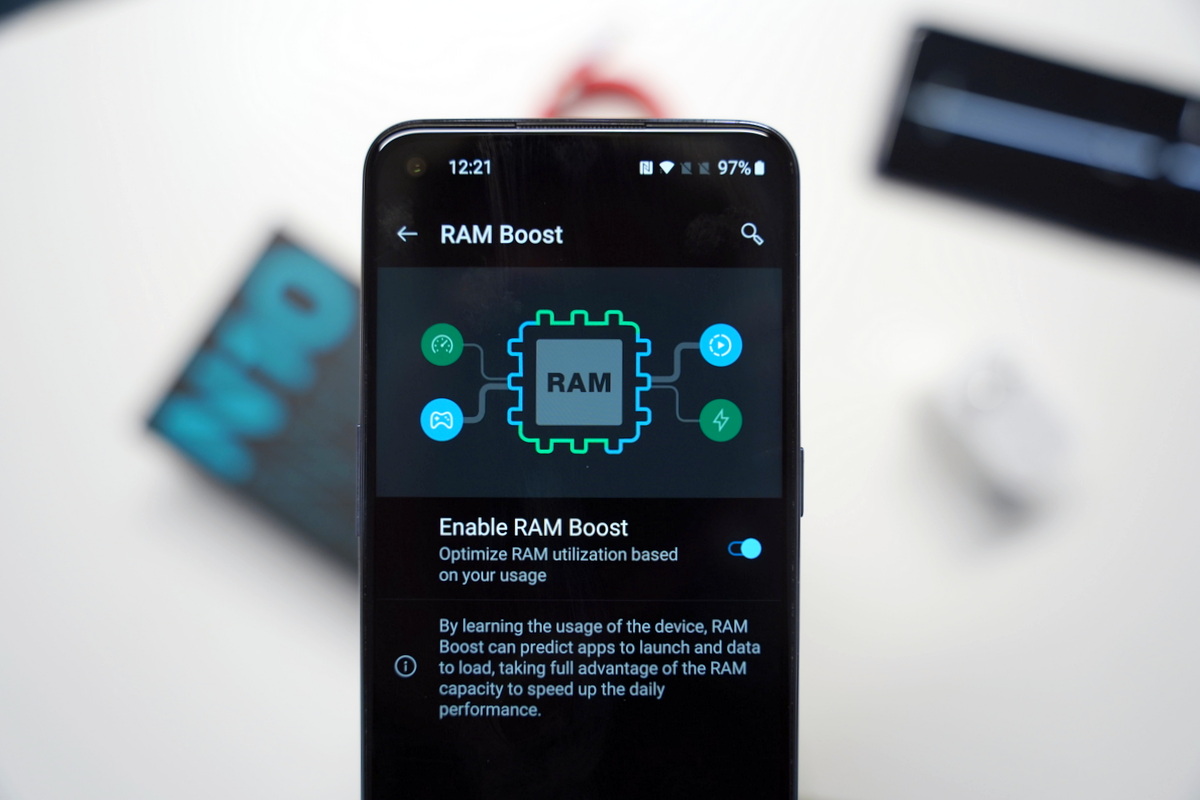 So how does this $300 from OnePlus actually perform? In our testing and usage, the answer is simple. The OnePlus Nord N10 5G is phenomenal. Battery life has been a dream, even with the phone trying to find 5G on Google’s Fi’s network in the middle of nowhere. And that includes hours being spent on Pokemon Go thanks to a newfound love for collecting cards and playing the game on our smartphones again.

The 90Hz refresh rate makes us want to leave the iPhone 12 Pro behind, and sometimes feels even better than the Galaxy S21. This is very likely just a placebo effect for being enamored with the N10 5G, but it’s still so buttery smooth. While we would love to see bigger batteries in every smartphone, the better investment for every phone maker would be for a faster refresh rate. It doesn’t matter if it’s 90Hz or 120Hz, but this is a dream to use and is something that everyone needs. Not wants, needs. 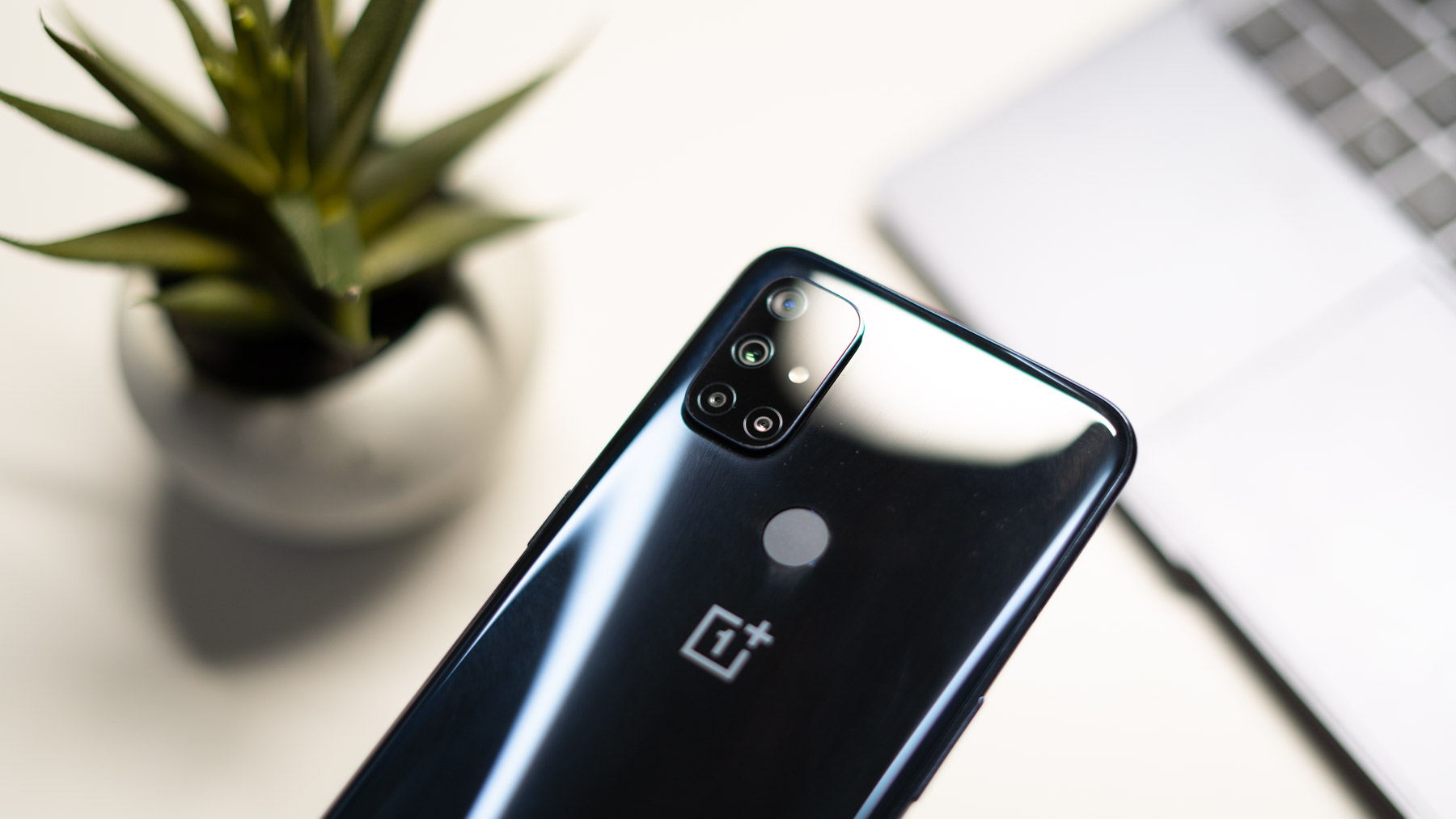 So what about those cameras? Yes, it’s true that OnePlus packed a total of four rear-facing cameras on the back, but it’s not like the company has the best track record. At launch, almost every OnePlus handset is berated for not standing up to the Google and Samsung’s of the world. But that’s just fine because future software releases usually fix any major problems.

How to install GCam on OnePlus Nord N10

Well, with the N10 5G, there’s really not much to write home about here either. The cameras are just fine, and will serve the purpose for just about anyone. You can go into Pro Camera Mode to try and tweak the image, or you could even find the modified Google Camera APK for the N10 5G. But you’re still going to be limited by the inferior sensors onboard. If you just want to point your phone at something and snap a picture before sharing it to social media, then the N10 5G is great. If you want to do something a bit more in-depth, you might want to think twice. But then again, what more can you ask for from a phone at this price point?

Should you buy the OnePlus Nord N10 5G?

Even with Carl Pei leaving the company to work on Nothing, it seems that OnePlus may have something here with its Nord lineup of smartphones. For just $299, you can get a phone with a 90Hz refresh rate, a solid display, a rear-mounted fingerprint scanner, a headphone jack, and of course, 5G connectivity. It’s really difficult to not just sit here and say that the N10 5G isn’t a home run, but there’s one glaring issue.

Unless OnePlus changes its course and stance on the “one” major Android release, even with two years of security updates, it’s difficult to recommend this. If you just want a phone right now and don’t care about Android 12 or future major software versions, then go for it. The N10 5G offers an incredible value for its price point and is even better than the Pixel 4a 5G in some regards. If you do care about future software updates and don’t want to deal with the potential headache of rooting, then you might want to skip out on this one and save a few more shekels to get the 4a 5G.

It sucks to see something so great, hindered by something that shouldn’t even be an issue in 2021.

If it weren’t for the questionable software release promises, the OnePlus Nord N10 5G would arguably be the best budget Android phone on the market.