When it comes to purchasing original software, sometimes the reason people turn to piracy is because of the price. In some cases, original software can cost over a thousand dollars, which might deter people who want to use the software but cannot afford to pay its full retail price.

Thankfully, if you’re looking to put together a new PC or upgrade your operating system from Windows 7/8 to Windows 10, you’re in luck because VIP-SCDKey is having a sale for its Windows 10 Pro OEM keys where you can get yourself an officially licensed copy of Windows 10 Pro for as low as $14.51, or $14.33 if you prefer the home version.

Other VIP-SCDkey deals to check out

In case you don’t need a new copy of Windows 10 Home or Pro, not to worry because the deal that VIP-SCDKey is offering also covers other software like Office 2016 or Office 2019. The skpha code that they’ve given us also works across its website, which means that you’ll be able to purchase other software at a discount as well, so be sure to use that code on checkout to take advantage of the 18% discount.

VIP-SCDkey does sell other software like games and computer utility software, such as anti-virus software that will help protect your PC against viruses and malware, so that’s always worth checking out as well if you’re looking for a more robust anti-virus tool that will help keep you protected while you’re online.

Some of you might be wondering about the price difference and what does it mean to purchase an OEM key over a retail key? In terms of functionality, but are essentially the same and gives you an officially licensed copy of Windows.

The main difference is that the retail version of Windows can be installed on different computers, so if you bought a new computer and you want Windows on it, you can install it and reuse that key on the new computer. This saves you from having to purchase a new copy of Windows every time. With OEM, you won’t be able to move your key from one computer to another as it will basically be locked to the computer you’re using.

That being said, VIP-SCDKey’s OEM prices are so low that it’ll probably still be a lot cheaper to purchase multiple keys versus paying full retail.

If you don’t really use your PC for much, apart from surfing the web, chatting, sending out emails, and playing games every now and then, Windows 10 Home is usually more than enough to get the job done. This doesn’t mean that Windows 10 Pro isn’t worth upgrading to, although with the usual prices that are being charged for Windows 10 Pro, it’s easy for most users to opt for the cheaper Windows 10 Home, but now with this deal that drops a Windows 10 Pro OEM license to just $13, there’s really no reason to make the upgrade.

Microsoft has introduced additional security features that some users might actually be able to take advantage of and appreciate in Windows 10 Pro. This includes features like BitLocker device encryption so that in the event that your device is lost or stolen, you’ll be able to put all your files on lockdown and encrypt it so that whoever stole it will not be able to access them.

Windows Information Protection is also another noteworthy feature that will help prevent accidental data leaks, so even if you don’t really have anything classified on your PC, it’s always better to be safe than sorry. If you are a business, then this feature might be doubly useful as it will help to keep upcoming projects a secret, or if there is sensitive information like pricing, suppliers, and costs that you don’t want your competitors to know about.

We are also looking at features like mobile device management, Remote Desktop Protocol, and more. Let’s not forget that at the price of Windows 10 Pro during VIP-SCDkey’s Limited-Time Black Friday sale, there really is no reason why you should choose the Pro version over the Home version. 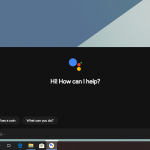 How to install Google Assistant on your compu 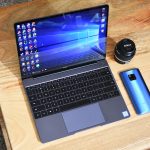