Over the past few years, we’ve seen quite a few new players jump into the robot vacuum space, promising to drive prices down and make owning a robot vacuum more affordable for the average consumer. While there are a few decent budget-friendly options out there, most of them come with quite a few compromises that detract from the cleaning experience you expect from a little robot tasked specifically to clean your house.

At $750 (currently on sale for $600), the Roborock S6 MaxV isn’t exactly cheap. But that’s for good reason since it outclasses the competition in nearly every category, leaving you with much cleaner floors than you’d expect.

Lay of the land 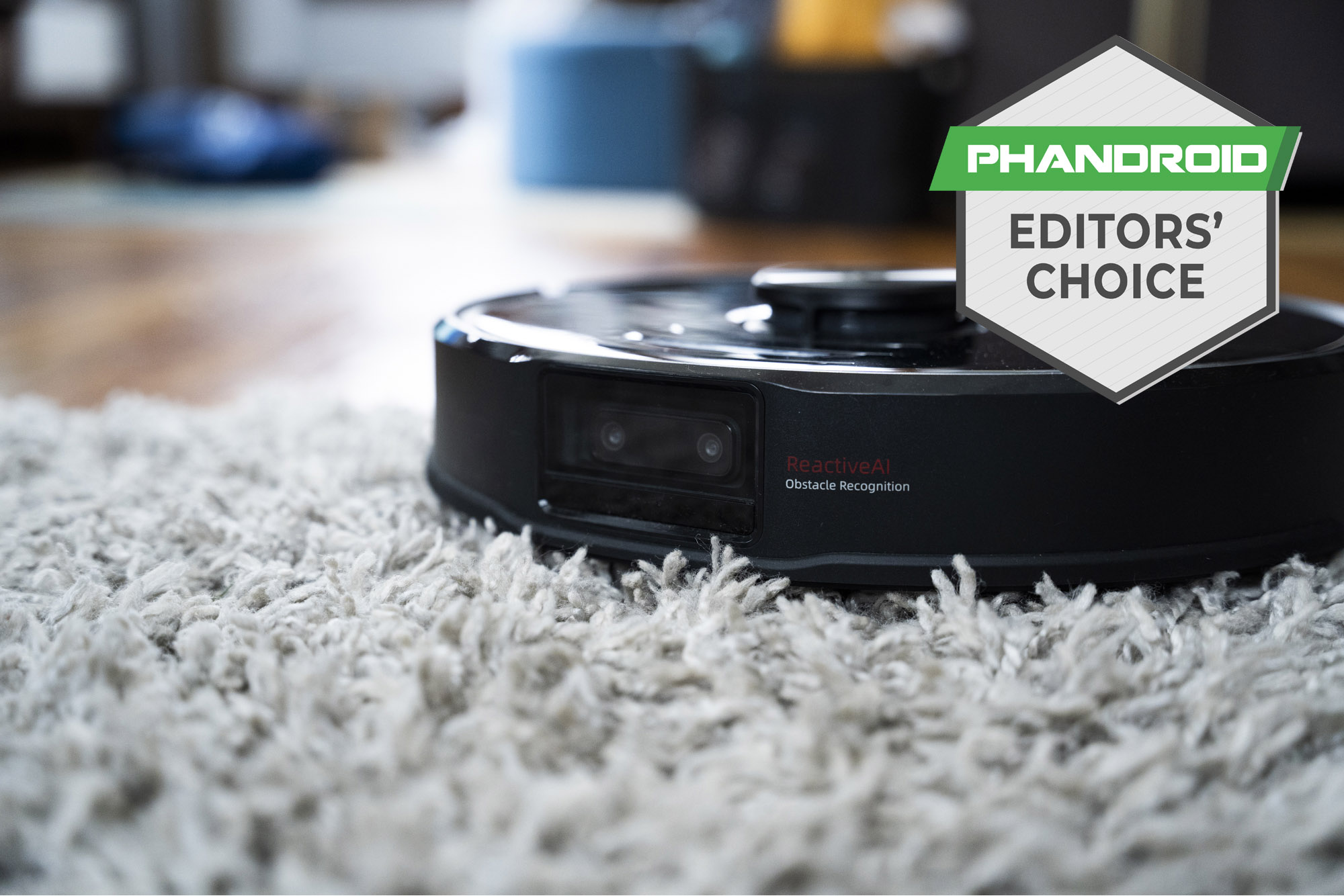 Like a lot of its main competitors, the Roborock S6 MaxV uses a variety of different sensors to map out the different rooms in your house, but thanks to its built-in LiDAR sensor and dual cameras mounted on the front, the vacuum can quickly and easily establish its location in seconds, even if you pick it up and place it in another room. This allows the Roborock to also work as a multi-level vacuum, allowing it to create distinct maps of different floors in your house.

The LiDAR and dual cameras are also used to enable one of the S6 MaxV’s most useful features: object recognition and avoidance. Using a Qualcomm® APQ8053 chipset on the inside, the S6 MaxV is able to recognize common household objects that may be strewn across your floor.

If you happen to leave your shoes in the middle of the room or a phone charger by the bed, the S6 MaxV identifies the object, highlighting it on the map and then proceed to vacuum around it. It’s not perfect, but it seems to recognize the obstacles 90% of the time. This feature is especially useful for dog owners. On more than one occasion, the S6 MaxV came across dog poop while it was cleaning and successfully navigated around it rather than running it over and smearing it on the floor. 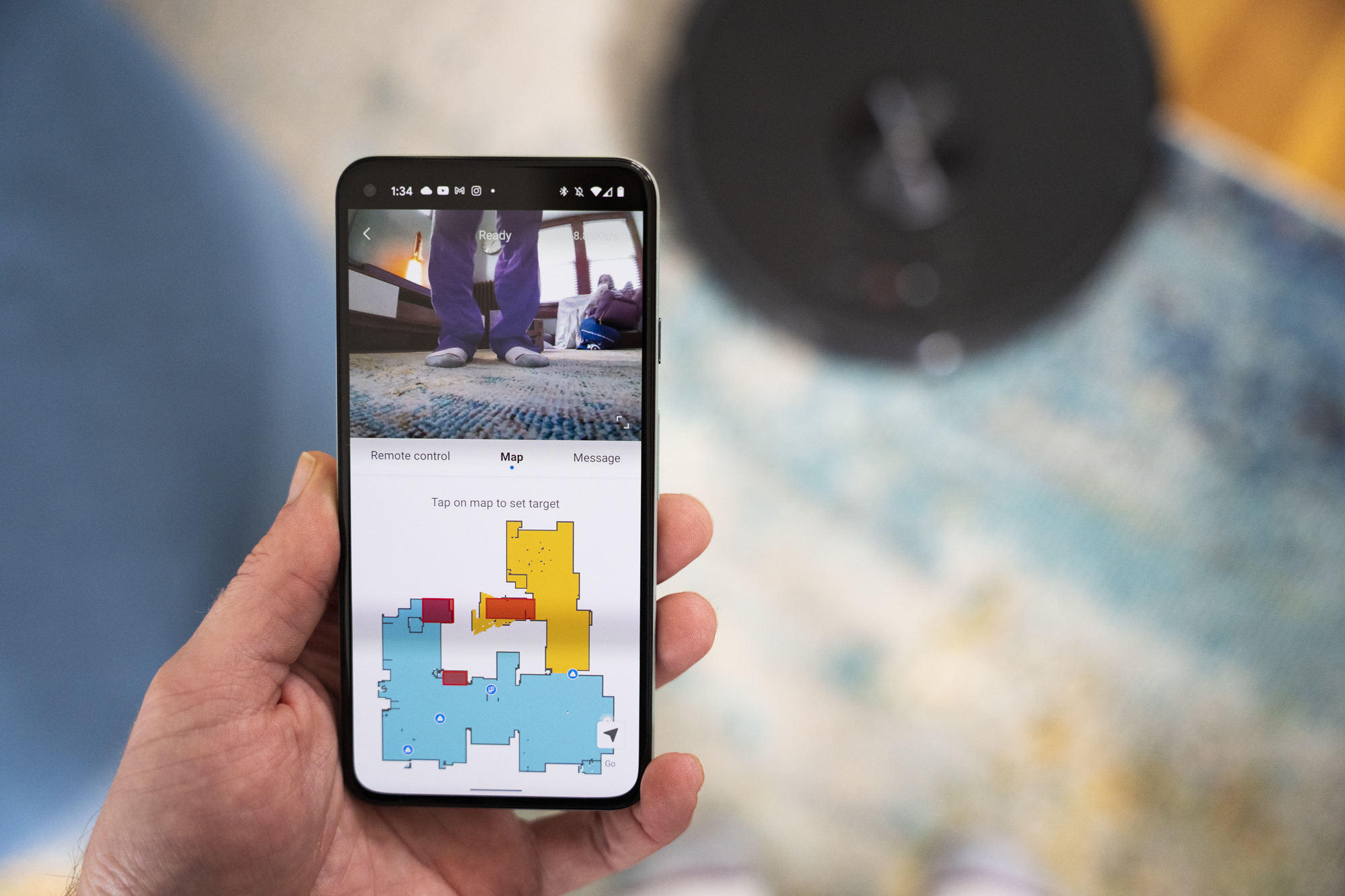 While the S6 MaxV is a vacuum, the built-in camera can also be used to control the vacuum manually through the app. This functionality can be used to navigate from room to room to track down your pet, even allowing you to speak a recorded message through the vacuum’s built-in speaker if you want to annoy your children.

Naturally, a feature like this comes with security implications, but the Qualcomm® APQ8053 chipset that is used to control the camera cannot be manipulated without an encrypted code change from Roborock and the vacuum audibly announces that the camera has been turned on when it is enabled in the app. 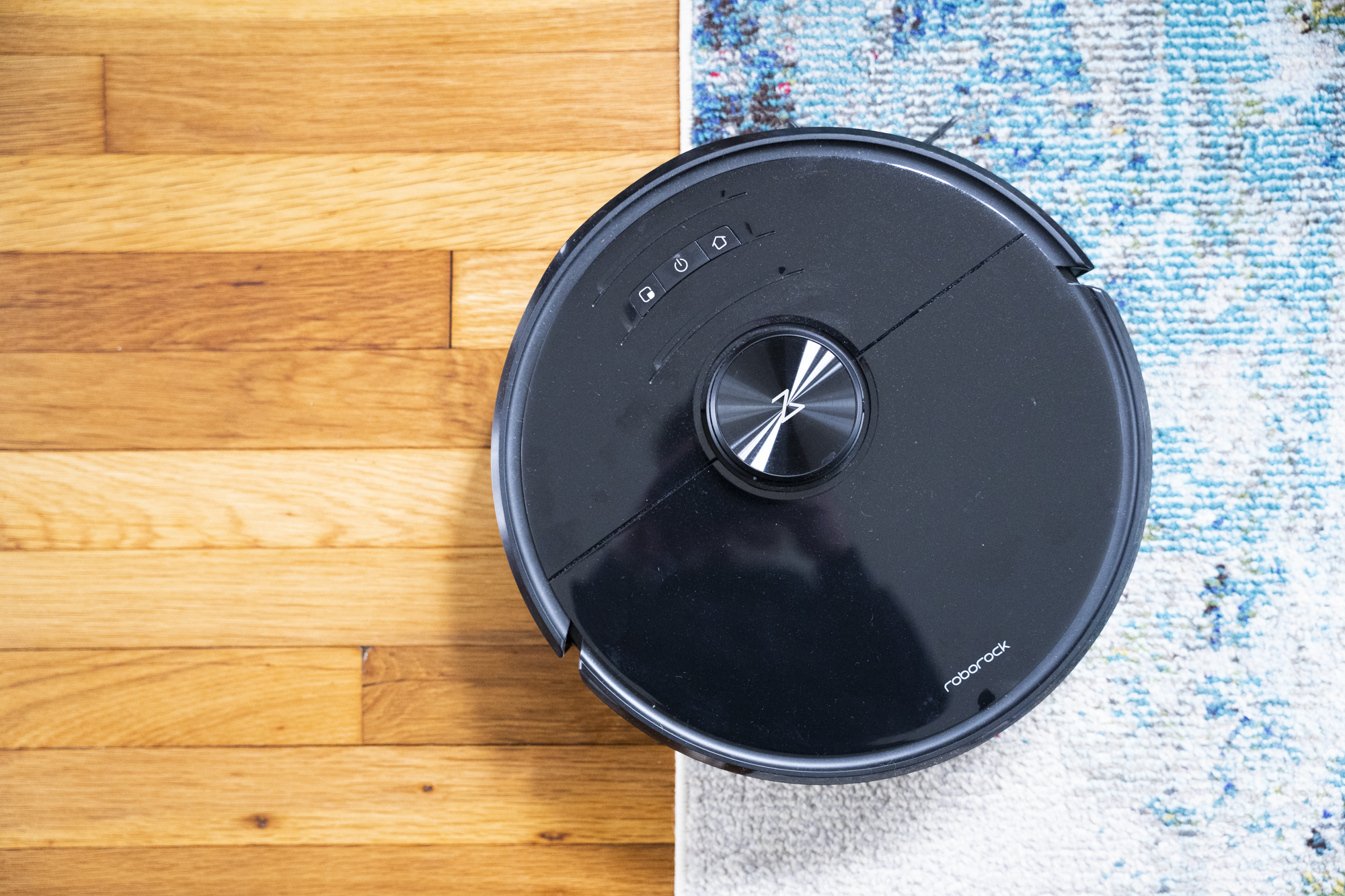 The S6 MaxV’s 2.5 kPa suction pressure is pretty impressive when you consider that most other robot vacuums top out at 2.0 kPa or below. For comparison, 2.5 kPa is roughly 47% more suction power than the average hand vacuum sold these days. While having that much power means the Roborock will be able to suck up pretty much anything that it passes over, it also means it’s quite loud. With the S6 MaxV rolling across your hardwood floors, it’ll put out between 70-75 decibels, but that drops to about 55 if you have carpeted rooms.

The good news is that the noise is truly worth it if you’re looking for a robot vacuum that can act as a replacement for a traditional vacuum. Over the last decade and a half, we’ve owned Dyson vacuums which have always worked flawlessly. When testing robot vacuums, the results haven’t always been great, especially when it comes to keeping our rugs free of dog and cat fur. Thanks to its 2.5 kPa of suction pressure, we haven’t used our regular vacuum once in the four weeks that we’ve been testing the Roborock S6 MaxV.

The kitchen floor is always spotless, even under the kitchen table, and the vacuum even does a great job of cleaning up around the cat’s litter box. 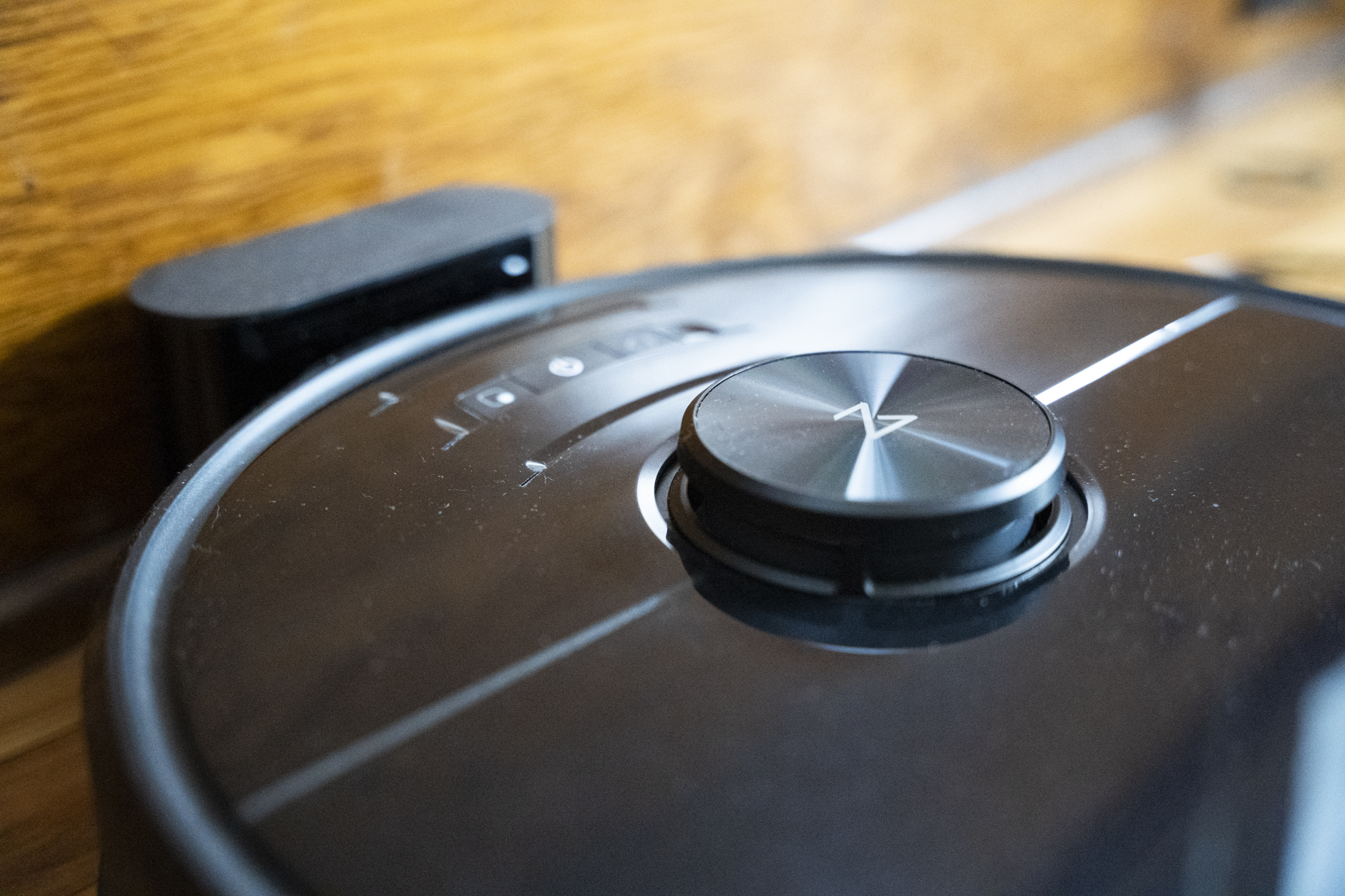 Since the Roborock S6 MaxV isn’t exactly the cheapest robot vacuum on the market, it was nice to see it live up to its claimed 180 minutes of run time between charges. The battery life was a bit challenging to test since the Roborock is extremely fast as well, cleaning 100 square feet in just under 10 minutes.

If you have 900 square feet of hardwood floor, you’d be able to vacuum and mop the area with the S6 MaxV on a single charge.

That being said, the mop feature of the MaxV is its weakest selling-point. Roborock has built in a few different mop settings and allows you to designate mop and no-mop areas within your house with safe passage zones between them. Unfortunately, the results are lackluster.

Think of the mop feature more as a quick pass with a wet Swiffer. It’ll apply enough pressure to clean up a light layer of dust or dirt on the floor, but it won’t fully clean up the mud and snow prints your kids and pets track through the entryway during the winter.

After using the Roborock S6 MaxV for a month, I can’t imagine my life without it. It’s vacuuming abilities are second to none and the obstacle avoidance capabilities allow it to clean your floors without you first needing to clean up your mess. It does take a bit of learning, but the S6 MaxV seems to get better over time. The Roborock S6 MaxV is the first robot vacuum to put our Dyson out of commission.

The Roborock S6 MaxV is one of the best robot vacuums we’ve tested in years, delivering best-in-class suction pressure and an innovative object recognition and avoidance system