The problem with finding the right wall charger is that the options you usually find in the store can’t actually take full advantage of the speed at which your devices can charge at. It’s a common issue with devices like the Galaxy Note 20 Ultra or Galaxy Z Fold 2 due to the fact that these devices are capable of being charged at much faster rates than even what Samsung provides in the box. Then, you have to deal with only having a single USB-C port on the charger, which isn’t great if you have a few devices to charge up quickly.

Enter the Chargeasap Omega GaN series of chargers, as there are three different options to choose from, all of which offer speeds of at least 65W with Power Delivery and Quick Charge 3. Plus, all three of these have at least a USB-C AND a USB-A port, allowing you to charge more than one device at a time.

Another problem with chargers you may find in at your local big-box store or on Amazon is that they are just too darn bulky. Some chargers end up taking up both of your wall sockets, which is just an inconvenience that nobody really wants to deal with. This is another area where the Chargeasap Omega chargers excel, as these are the smallest 100W and 200W GaN USB-C chargers that you can find today. 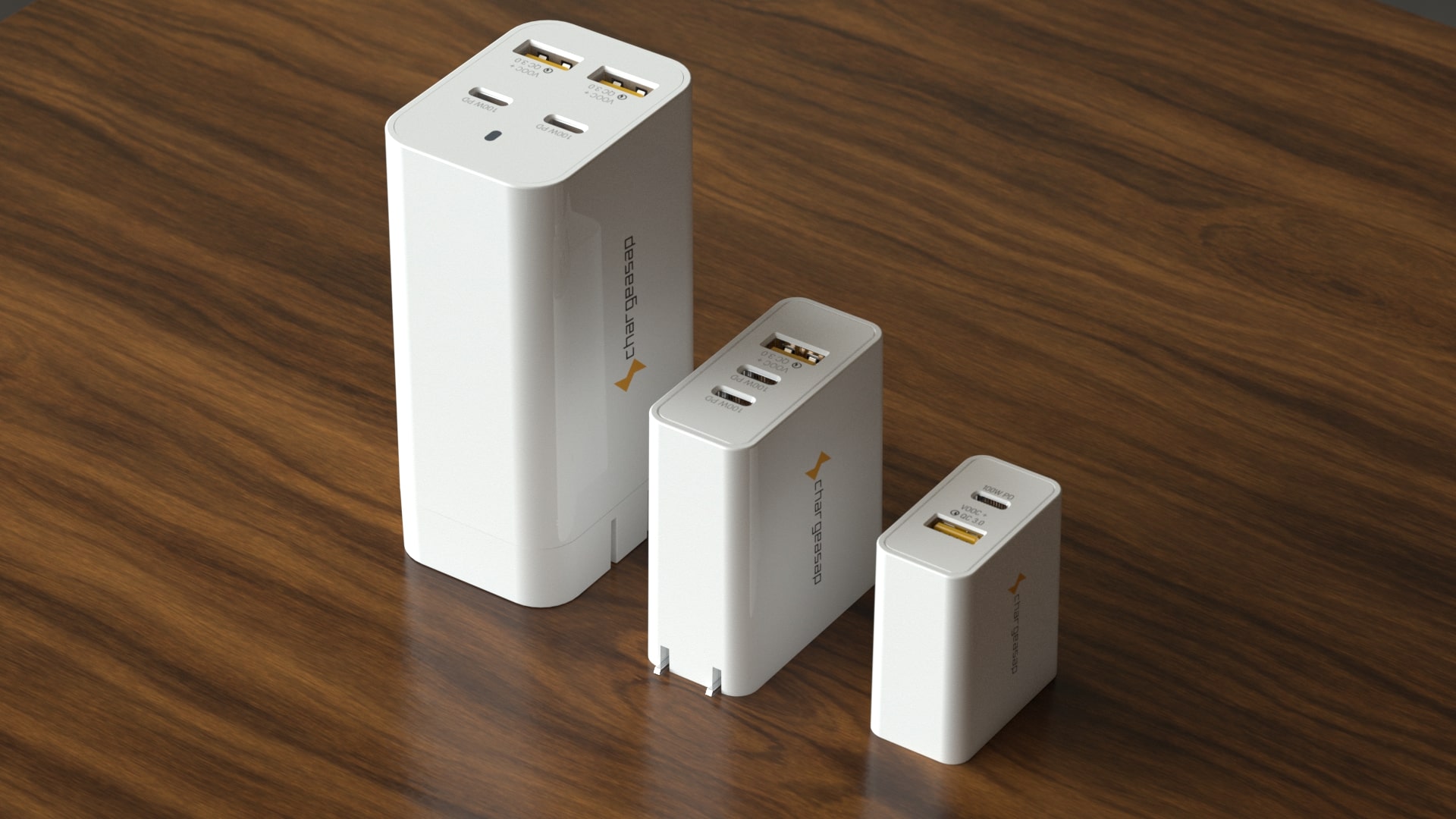 The last chargers you’ll ever need 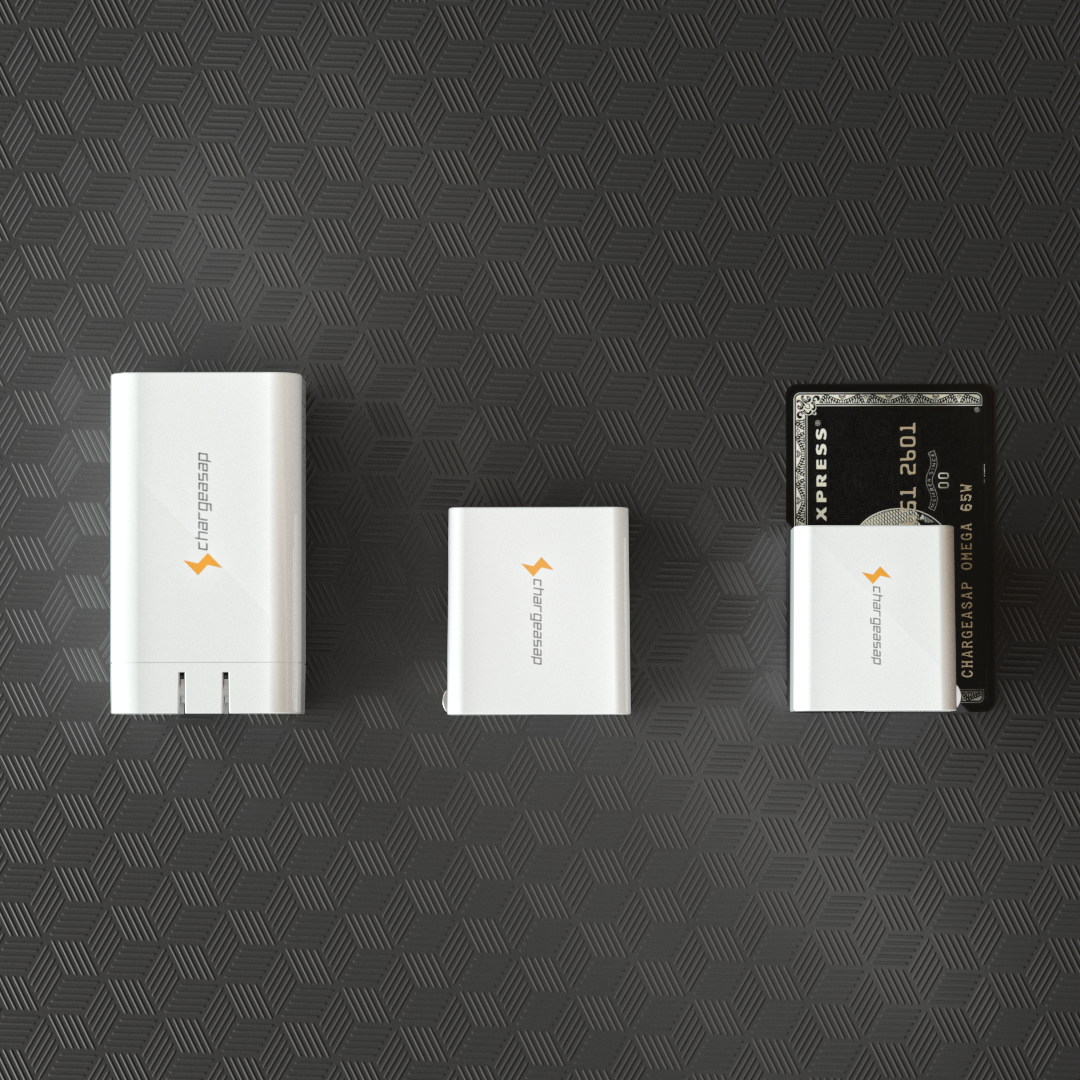 With each of these Omega chargers, there’s something here for everyone regardless of what devices you own. Starting off with the Omega 65W, this tiny GaN charger is small enough to throw in a pocket and offers a single USB-C and USB-A port for whatever you need. The smallest of the bunch, this is more than 40% charger than its closest competition and is less than half the size of a credit card. With the 65W of power, you’ll be able to charge up even some laptops such as the 2019 MacBook Pro and won’t have to be concerned with slow charging speeds.

Moving up a notch, the Omega 100W offers two USB-C ports, to go along with the Power Delivery-enabled USB-A port. With the ability to charge a 16-inch MacBook Pro at full speed, it’s rather impressive to see that the Omega 100W is smaller than a box of mints, something you just don’t see with comparable fast chargers. Unlike the Omega 65W, both the 100W and 200W variants ship with travel chargers so you can leave all of your other chargers behind and just take the Omega with you as you travel abroad.

Now for the star of the show – the Omega 200W. This bad boy is the world’s smallest 200W charger and it’s not even close. As you would expect, you’ll be able to charge even the most demanding devices at their fastest speeds without even breaking a sweat. The 200W can even be used to charge two 16-inch MacBook Pro’s at the same time, without sacrificing charging speeds or having to switch back and forth between cables. There are two USB-C ports with Power Delivery, along with two USB-A ports complete with Quick Charge 3.0 compatibility.

Although GaN chargers have not really taken off in popularity, the Chargeasap Omega chargers could be the catalyst as these are the first to take advantage of the 2nd-generation GaN technology. GaN 2.0 solves a few of the problems that plagued v1.0 chargers, such as inaccurate power delivery, along with the more-worrisome overheating complications. Chargeasap partnered with Navitas Semiconductor Inc., the world’s first and only GaN Power IC company for the Omega lineup of chargers, which was founded in 2014 and is leading the way in GaN charging.

If you’re interested in getting rid of the rest of your chargers and only relying on Chargeasap’s Omega chargers, the company is currently nearing the completion of its Kickstarter campaign. Chargeasap has already completely obliterated its goal, with more than $1.2 million raised so far. As far as pricing goes, here’s a breakdown for their different chargers:

As we mentioned, there are just a few days left in the campaign and the company is estimating to ship these chargers out in January of 2021. Hit the button below and grab the last charger you’ll ever need! 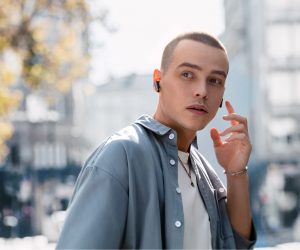