One Phone, Two Worlds: Using Zadarma To Separate The Personal From The Professional

“Oh, excuse me… that’s my work phone”. It’s a phrase that’s on the decline. There’s little doubt about it: maintaining two separate phones for work and personal use is a hassle. It requires employees to not only carry two different devices around, but to find a home for two different chargers – and even to maintain familiarity with two separate platforms.

Small wonder then that the trend is moving towards a hybrid approach – using one phone for both functions. But this is not without its own set of drawbacks.

“Oh, excuse me… that’s my work phone”. It’s a phrase that’s on the decline. There’s little doubt about it: maintaining two separate phones for work and personal use is a hassle. It requires employees to not only carry two different devices around but to find a home for two different chargers – and even to maintain familiarity with two separate platforms.

Small wonder then that the trend is moving towards a hybrid approach – using one phone for both functions. But this is not without its own set of drawbacks.

The cost of connectivity

Just being reachable often means installing an employer’s MDM (Mobile Device Management) profiles on a personal device, which can give the employer access to browsing history, location data and messages; something that staff often push back on, particularly when it opens up their device to being remotely wiped.

Another major concern is the blurring of the lines between the employee’s personal and professional life. With privacy becoming an increasing concern, they may be reluctant to take and make calls on their personal number – let alone having it shared internally or even externally. It’s far from unknown for employees to still be still getting calls months or even years after they’ve left a workplace.

A better alternative is to go down the VoIP route, where the functionality can be provided by a single app. This has traditionally been an option only available to larger enterprises; implementing VoIP has previously required significant investment in infrastructure and resources, human or otherwise.

A solution for everyone 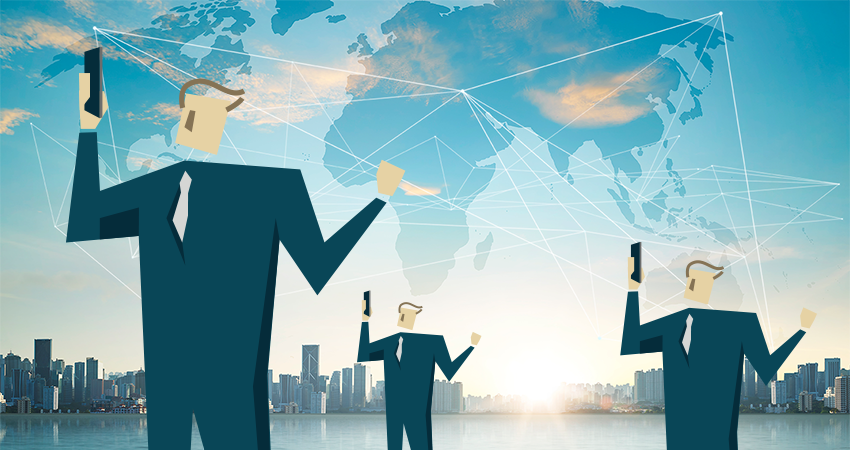 These factors have been stumbling blocks for smaller firms or startups who depend on that connectivity but aren’t able to commit to a monolithic VoIP deployment. And this is what makes the solutions offered by Zadarma very attractive indeed. Since launching in 2006, Zadarma has consistently innovated in and around the VoIP space on a global level, with over a million active users in 160 countries.

Zadarma offers mature and comprehensive VoIP solutions for businesses at every level, from travelers and microbusinesses right through to globe-spanning enterprises. And across the board, their smartphone app elegantly solves the problem of living two lives on the same device.

Zadarma’s app – available for free on the iTunes Store for iOS and Google Play Store for Android – is a huge boon for people who are finding themselves juggling their work and personal lives daily. The setup is refreshingly straightforward, and the service boasts a number of unique features that set it aside from the rest of the market.

One of these standouts is the ability to add truly localized numbers to an account – not just at a national level, but regionally as well. This is a huge differentiator, and one that brings a degree of professionalism to any business; whether it’s based in London, Madrid or Helsinki, the number can be local to that specific area. Callers know at a glance that they won’t be incurring any unforeseen charges…

And neither will the recipient. Regardless of where they are in the world, they’re reachable on that number as long as they have an internet connection, either via WiFi or a local SIM. Additional numbers can be quickly added to the account, giving the recipient – business or individual – a genuinely local presence wherever they need it.

Talk around the clock

As noted earlier, having a separate work number is only half of the story; there’s still the matter of making sure that those work calls stay within working hours. As it turns out, Zadarma is already several steps ahead on that front too.

Zadarma provides a free business phone system – a cloud-based PBX (Private Branch Exchange), which brings a huge amount of configuration options to the table. This is another unique offering; the enterprise-grade functionality of a PBX is something that’s normally beyond the reach of smaller businesses.

Zadarma’s PBX allows not only each number to have defined work hours, it also lets a business use the same number for several employees, with the ability to route calls to recipients. Other sophisticated features include call recording, voicemail and even the ability to receive faxes – which, coupled with the app, significantly raise any business’s communication game.

Adjusting to a paradigm shift

The nature of business is changing quicker than perhaps anybody had anticipated. More and more companies in every sector are changing their focus from bricks and mortar to online and distance working. But at the same time, the importance of a local presence has never wavered.

The fact that remote doesn’t have to mean distance is a big change and for businesses, a welcome one. The concept of ‘virtual local’ is something that wouldn’t have been possible even a few years ago. But Zadarma’s app not only makes it a powerful – and accessible – reality, it paves the way for businesses of any size to not only raise their ambitions but to realize them.

The Zadarma app is available for free on the iTunes Store for iOS and Google Play Store for Android.