The Samsung Galaxy Buds were launched as direct competition to the Apple AirPods, occupying a similar price point and sharing similar specs. It seems that, unlike with previous efforts, the Galaxy Buds aimed at dethroning Apple in the true wireless earphone market.

Every advantage Apple had in the market has been shot down. Apple’s five-hour battery life is exceptional by true wireless standards, and Samsung one-upped them with six hours on a single charge. The Apple W1 chip allowed for a few unique features, including instant pairing. Pop the lid on the earbuds and your iPhone shows a pairing prompt automatically. The Galaxy Buds will do the same with a supported Galaxy device, a big upgrade over standard Bluetooth pairing. Everything from case size to comfort and ambient audio was considered.

Whether this will actually work is hard to say, because people tend to buy products like AirPods for more than just the product itself. There’s even a meme going about how those who don’t own AirPods are broke, which doesn’t help Apple’s reputation but definitely helps its sales. Whether Samsung can beat such a cult following with a better product is arguable. But what we do know is that Apple doesn’t see them as a threat. In fact, the company isn’t even trying to beat them. 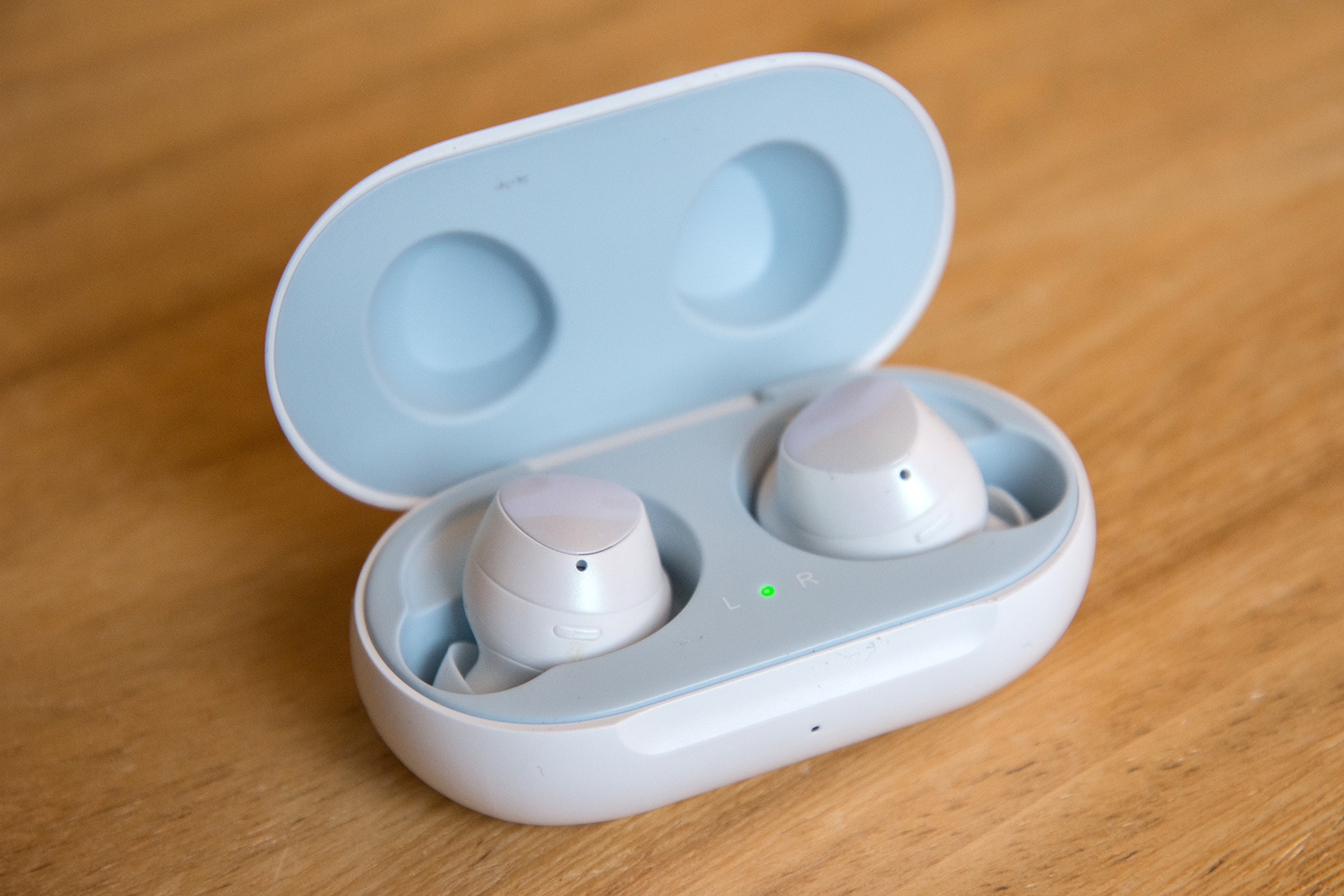 Apple has now released the AirPods 2 with a few small improvements. The W1 chip was replaced with an H1 chip, offering better connection, better talk time, and quick connection times. You can also say “Hey Siri” anytime to activate Siri, allowing you to change tracks and such, handsfree.

What else was improved? Nothing. They don’t sound better (some have debated this, but it doesn’t seem that there have been any improvements in audio quality), music playback time is the same, and they don’t offer any major new features. Apple does offer an AirPods 2 wireless charging case, but it’s a $40 optional extra which brings the total costs up to $199. This is in stark contrast to the Galaxy Buds, which are $129 and include wireless charging.

After over two years on the market, a refresh was a good idea, but the new AirPods feel like a new model; rather, they’re a (very) mild refresh of the original. It really seems like Apple is resting on its laurels due to the success of the originals.

That’s not to say that the company won’t continue to see success in the near future. The new AirPods will fly off the shelves because those who buy them don’t get them for the specs, features or audio quality. The Galaxy Buds are better, but this likely won’t matter to Apple’s core market. But this kind of complacency can have a long term effect if the company gets lazy for too long.

The AirPods 2, despite the lack of any substantial improvements to the new model, remain a great product. But the Samsung Galaxy Buds are an overall better product and are definitely worth a look if you’re on the markets for wireless earbuds.

Samsung Galaxy Fold 2 could come with an unde