Insta360 brought a new entry to its lineup today with the EVO, a folding camera that can capture either 180-degree 3D video when unfolded or 360-degree video when folded. Both modes are able to capture 5.7K video or 18MP photos in HDR.

The company took a big step late last year with its excellent Inta360 One X, but that is geared more to the action camera market, whereas the EVO appears to be focused on replacing the role that a point and shoot might have had before everyone switched to just using their smartphone. But as the company’s promo video depicts, the reason to opt for the EVO over your smartphone is that you can just put the camera on its tripod and forget about it during the event. Reframing your video to capture the right shot after the fact rather than trying to run around as the camera person frees you up to enjoy the moments as they happen. 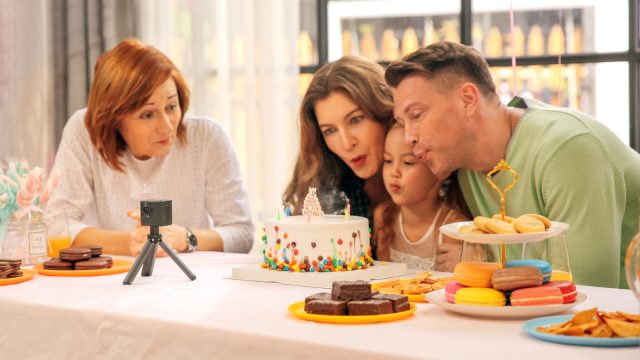 The 180-degree 3D video is a unique offering as it feels like the 3D wave has died for the most part, but Insta360 does have a couple tricks up its sleeve to make the 3D more accessible. The first is a 3D viewer that comes with the EVO that can snap onto any phone to allow you to watch back your 3D content in the Insta360 app. The second is a separate accessory called the HoloFrame, it’s basically a case that you snap over the front of your phone rather than the back which allows you to view the content in 3D directly on your device. Cleverly it is reversible so when it’s not in use you can just flip it around and it serves as a regular case. Currently, the HoloFrame is available for the iPhone X/Xs and the iPhone XR with versions for the Samsung Galaxy S8, S8+, S9, S9+ and Note 8 coming soon. Obviously as is often the case things are a little limited on the Android side, we’d at least expect to see the Galaxy S10 lineup and Galaxy Note 9 join the list. 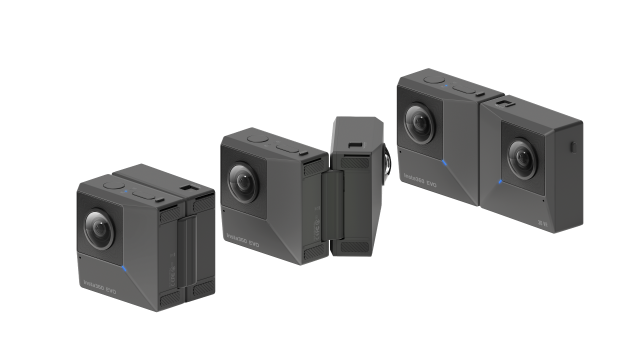 Playback in any VR headset via the Insta360 VR app is also supported with the ability to connect wirelessly to Oculus Go, HTC VIVE Focus or the Samsung Gear VR. While I like the ability to use the 360 to create standard videos, the immersive aspect of watching some events back in VR is definitely a fun option.

The EVO also carries over some of the great features from previous Insta360 cameras like FlowState Stabilization which having used it myself in the Insta360 One X really does deliver stable footage on par with a smartphone gimbal. And for those that like timelapse the TimeShift feature is fantastic with the ability to not only play with the speed of your capture but again you can reframe as you wish in post-processing.

The EVO is available starting today for $419.99 and it includes a tabletop tripod, a protective pouch, the 3D viewer, a USB-A to micro-USB cable and a 1,200 mAh battery. For an extra $20 you can get the memory card kit that includes a 32GB Sandisk (I’d pass on that one as you can get the 64GB card for $18 on Amazon), or you can go for the “Get-Set Kit” at $455.99 which includes everything from the other kits with the “Invisible Selfie Stick.” Personally, I’d recommend sticking with the basic kit and adding on just the invisible selfie stick separately for $16 and getting your own microSD card.

Does anyone have experience with 360 cameras? I’ve used a few over the years now and I do think Insta360 has delivered the best experience so far with the One X, so I’m curious to give the EVO a shot. 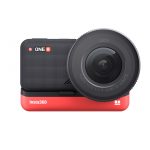 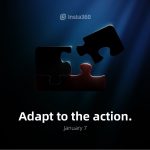 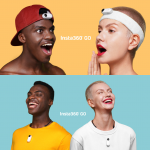