If the recent rumors regarding pricing of the upcoming Samsung Galaxy S10 are true, it looks like the phones will not be cheap. If you don’t think that paying a small fortune for a smartphone that is only going to be obsolete in a year or two isn’t your idea of a good investment, perhaps Samsung’s mid-rangers could be worth considering.

A recent post on PriceKart has revealed what appears to be the Samsung Galaxy A50, which is clearly part of Samsung’s Galaxy A-series of mid-range phones. This is actually not the first time we’ve heard about the Galaxy A50. An earlier leak revealed some of its specs, so if anything this leaked render more or less confirms what we know, and gives us an idea of what the phone might look like. 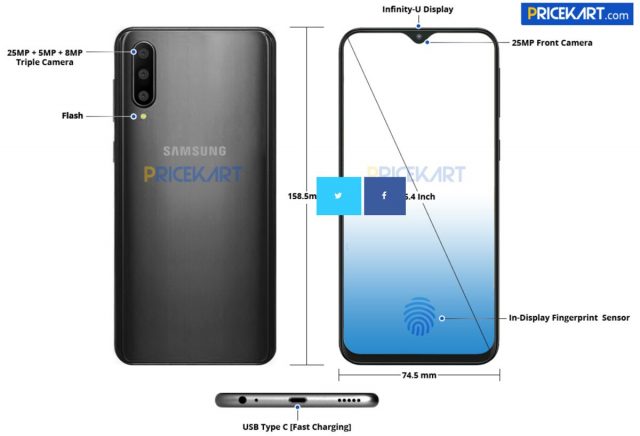 In terms of its design, Samsung does not appear to have deviated too far from more traditional smartphone designs. It also looks like the phone will be using a notched display, versus the hole-in display that Samsung is expected to use for the Galaxy S10. The renders also “confirm” the triple camera setup on the back, which is actually a pretty neat feature for a mid-ranger.

It also claims that the phone will be sporting an in-display fingerprint sensor, which once again is a nice touch as these features are typically reserved for higher-end flagship handsets. Other than that, the previous rumors claim that the phone will be powered by Samsung’s Exynos 9610 processor, come with 4GB/6GB RAM configurations, and will support up to 512GB of expandable storage.

There is no mention of pricing, but hopefully, those details will be revealed at Samsung’s Unpacked event which is taking place later this week. 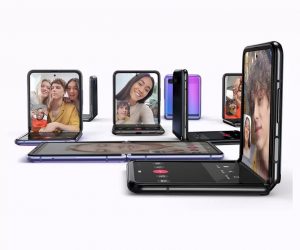