Samsung’s upcoming Galaxy S10 lineup is getting quite a bit of attention these days, but a new leak reveals that the company’s mid-range lineup for 2019 could be quite appealing for those who aren’t interested in spending $1,000 or more on a new smartphone.

A details spec list of the Samsung Galaxy A50, Galaxy A30 and Galaxy A10 has surfaced, revealing that the thee budget-friendly devices will share quite a few characteristics with the Samsung Galaxy S10 devices. These phones will likely not have the same fit and finish as Samsung’s flagship lineup, but that’s to be expected.

The Samsung Galaxy A50 sports the most impressive spec list of Samsung’s A-series smartphones for 2019 with an Exynos 9610 SoC and up to 6GB of RAM. The phone will also sport triple camera on the back with an ultra-wide angle lens and a 25MP selfie camera. It’ll even sport an in-display fingerprint sensor.

The Galaxy A30 is a bit of a step down with a slower Exynos 7904 with a max of 4GB of RAM, but the phone will at least have a dual-sensor camera on the back with a 16MP primary and 5MP secondary sensor that’s also paired with an ultra-wide lens.

As you’d expect from the name, the Samsung Galaxy A10 will be the cheapest of the trio with an Exynos 7884B and only 3GB of RAM and a single 13MPcamera on the back. The good news is that this phone’s battery capacity will be 4,000 mAh, matching that of the Galaxy A50 and A30.

The large 6.4-inch to 6.2-inch displays used on these phones will not have the same Infinity-O panels with the hole-punch cutout for their front-facing cameras as Galaxy S10 devices will, but they will be using Samsung’s new Infinity-U and Infinity-V displays which will result in a fairly small notch at the top. 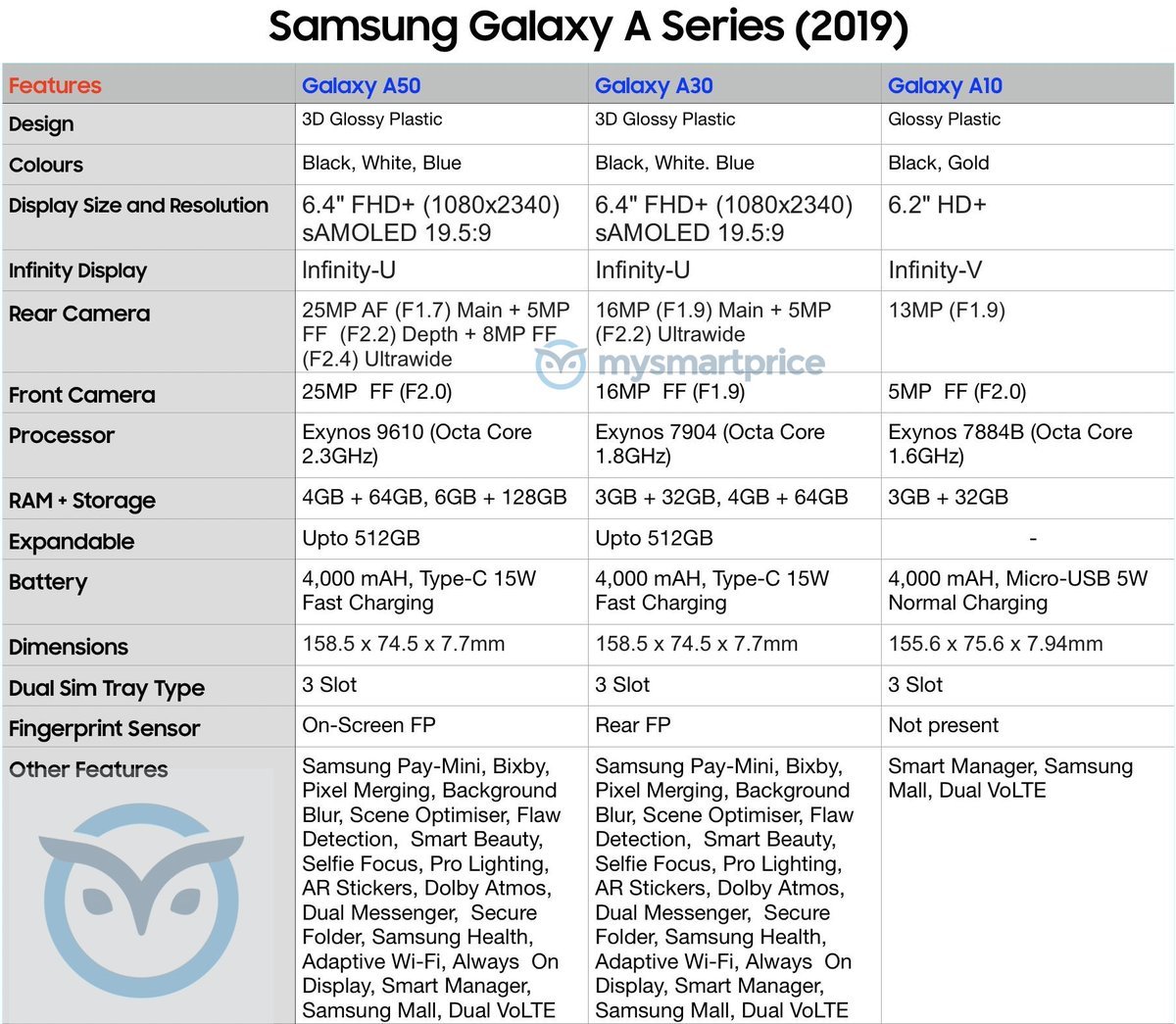 It’s not clear when Samsung plans to unveil its 2019 Galaxy A lineup, but some are expecting the three phones to make their debut at Mobile World Congress at the end of this month. 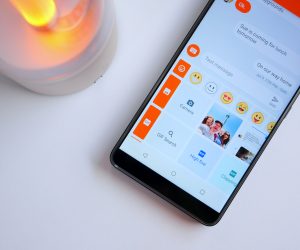 more_vertGoogle Messages will soon help you get rid of

If you look in your messages inbox, there’s a good chance that it will be filled with OTPs you receive from websites, banks, and so on. With an upcoming update to Google Messages, you can kiss all that clutter goodbye.