Google’s Nexus and Pixel smartphones have mostly been about the software, where it either came with stock Android with some added exclusive features like Night Sight. The design of the phones almost felt secondary, especially with last year’s Pixel 3 XL and its disturbing large notch.

There is some good news though, a recently discovered patent filed by Google explores the idea of a notch-free, all-screen smartphone design. This is because the diagrams shown in the patent are for a phone that we have never seen before, which suggests at least two things: an early prototype design, or a design for a future smartphone like the Google Pixel 4.

The patent shows the front, back, and the sides of the phone which is pretty similar to the Pixel 3/3 XL, save for the front in which the notch and bezels are gone. There will still be a slot for the SIM card, a microphone, a USB-C port for charging, and just like its predecessors, the headphone jack is still gone.

Oddly enough, the patent’s diagram only depicts a single camera, hinting that maybe this could be the Pixel 4 instead of the Pixel 4 XL. As is usually the case with the majority of patents, it’s hard to tell when a company has filed a patent that will become an actual product, or if they are simply filing it to protect their ideas and intellectual property. It’s still too early to tell if the Pixel 4 will feature a notchless, full-screen display, but it definitely looks like a possibility. 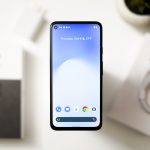 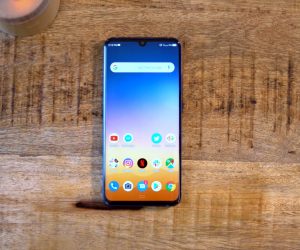