We’ve seen a lot of gorgeous displays on smartphones in 2018, but most of those devices have had a notch cut out at the top. While there’s nothing inherently bad about the notch, there’s something oddly satisfying about using a phone that has a full display that’s usable from edge to edge.

Remember the days when your phone only had 4GB of internal storage? The 128GB of storage on the base Galaxy Note 9 is pretty phenomenal, but Samsung’s also offering an upgraded model with 512GB of storage. And since the phone also supports microSD cards, you can add another 512GB of expandable storage and walk around with 1TB of storage in your phone.

Since 6GB of RAM has become the new norm on flagship smartphones, Samsung decided to offer a model of the Galaxy Note 9 with 8GB of RAM. While that may sound a bit absurd, anyone who’s used the OnePlus 6 with 8GB of RAM will tell you that it’s impossible to give up once you’ve tried it. If you don’t play a lot of games, the 6GB model will likely suit you just fine, but we’d recommend picking up the 8GB model if you’re planning on playing Fortnite for Android or any of the other multi-player online shooting games which have come out recently.

Like most other 2018 flagship smartphones, the Samsung Galaxy Note 9 is powered by a Qualcomm Snapdragon 845 SoC with 6GB of RAM (you can get 8GB of RAM if you’re willing to spend a bit more). This means that it is theoretically on the same playing field as everyone else when it comes to performance. But since Samsung wanted the NOte 9 to be a step ahead of the competition, it packed the NOte 9 with a Water Carbon Cooling System. The unique cooling system keeps the Galaxy Note 9 cooler, allowing it to operate at peak performance for much longer than other devices runnings a Snapdragon 845 chip.

Like the Samsung Galaxy S9+, the new Note 9 also comes with a dual-aperture camera lens. This means the aperture can be switched between f/1.5 and f/2.4. Most people will likely always stick with the lowest aperture possible, but switching from f/1.5 to f/2.4 will come in handy when you’re trying to get a shot of your friends and keep the background in focus. 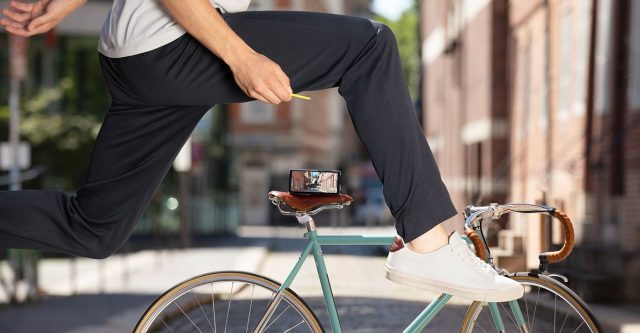 This one may sound like a gimmick, but it’s honestly one of the features we love most about the new phone. The Samsung Galaxy Note 9’s new S-Pen comes with Bluetooth LE, allowing it to be more functional than it’s been in the past. But the feature we’re excited for the most is its ability to use the S-PED as a selfie remote. This means you’ll be able to set your phone up across the room to take a selfie or even flip the phone around at taking a picture with the front-facing camera.

Smartphone cameras have gotten really good these past few years. While the sensors inside the phones have stayed roughly the same size, manufacturers have turned to smarted software in an effort to improve image quality. The Galaxy Note 9’s camera comes with a new AI system which is able to detect the subjects in the frame and automatically adjust exposure, saturate and white balance to deliver a much better picture.

While there’s a lot to love about the Samsung Galaxy Note 9, the phone’s 4,000 mAh battery is likely the feature at the top of most people’s lists. The larger battery allows the phone to last through the most intensive workday if you’re a heavy user or even last you two days on a single charge if you’re not the type of person who checks their phone every other minute.

One of the biggest complaints about last year’s Galaxy Note 8 was the positioning of the fingerprint sensor on the back of the phone. Samsung put it right next to the camera sensor, forcing you to put fingerprints all over the lens every time you wanted to unlock your phone. Fortunately, Samsung came to its senses this time around, positioning the fingerprint sensor below the cameras, centered on the back of the phone. This makes it a lot easier to reach since it’s lower on the device and saves you from having to wipe off the camera lens every time you want to take a picture.