Sony Mobile is set to announce two new flagships next week — the Sony Xperia XZ2 and Sony Xperia XZ2 Compact — and they’re probably the only smartphones worth caring about from the manufacturer this year. There have been plenty of rumors surrounding the two devices, but we’re only now getting a glimpse at one of the phones IRL: the XZ2 Compact.

The phone looks almost as if it was photographed at Sony’s MWC booth, possibly while they set up for next week’s big event. It’s only the XZ Compact’s side profile, but it’s enough to clue us into a major design change for the phone.

From what we can see, the sides of the phone are rounded out and extremely smooth with the biggest change being the phone’s hump on the back.

It’s tough to tell from the photo, but it’s possible the hump could be a soft material, almost like a pillow. At least, that’s what Sony mentioned in leaked slides where they described the hump as “flexible/soft” all the way back in 2015.

Sure it looks a little odd, but it probably feels great in the hand. The photo is supposedly of a non-final prototype, so it’s possible the final version could look slightly different. As for the hardware specs, those leaked out as well. Here’s a quick refresher.

Pricing and availability is reportedly looking like $987 for the Sony Xperia XZ2 and around $740 for the XZ2 Compact. The devices are set to go on sale on March 6th, but it’s not clear when either device will make its way stateside. In the meantime, we’ll have to wait until MWC 2018 kicking off next week to learn more. Stay tuned. 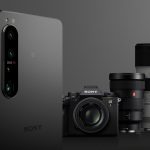 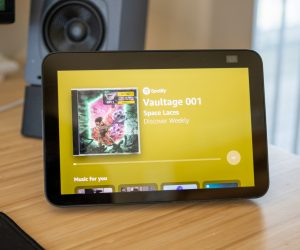