Back in October of last year, Nokia and HMD Global began rolling out Android 8.0 Oreo to the Nokia 8 through the company’s beta program. Fast forward to late last year, Oreo officially arrived on Nokia 8 devices, as Nokia continued to bring Oreo to more and more devices. 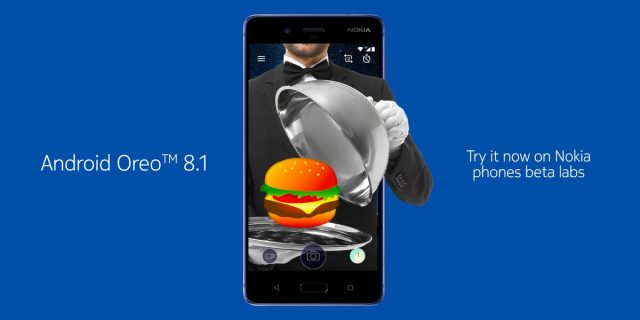 While you may have thought that Nokia would end up lally-gagging on the update to Android 8.1 Oreo, you would be 100% wrong. Instead, Juho Sarvikas, Chief Product Officer of HMD Global, confirmed that the company has released the first Android 8.1 beta for Nokia 8 owners.

Yes, this means that you’ll get access to the “correct” hamburger emoji, along with a slew of new features offered by the latest version of Android Oreo. The interesting part about this is the fact that while the rest of the world is waiting for 8.0 to arrive on devices, Nokia is already moving onto Android 8.1, which is currently only available for Pixel and Nexus devices.

If you decide to sign up for the latest beta program from Nokia, let us know how it is working for you and if you have noticed any substantial differences.