Without a doubt, battery life is easily one of, if not the most important features to look for when shopping around for a new smartphone. Whether you pick a phone based solely on its battery life or you’re just curious to see what kind of battery life you can expect from the latest flagships, we’re always here to help.

The OnePlus 5T manages to cram a nicely sized 3,300mAh battery into thin frame. It’s the same size as the OnePlus 5 that launched earlier this year and it’s interesting to see how much of an impact the larger 6-inch AMOLED display (vs the 5.5-inch in the OnePlus 5) has on battery life. The good news? Not very much. I’ve been using the OnePlus 5 for the better part of a week now and I’ve been keeping tabs on the battery life I’ve been receiving so far. Let’s take a look. 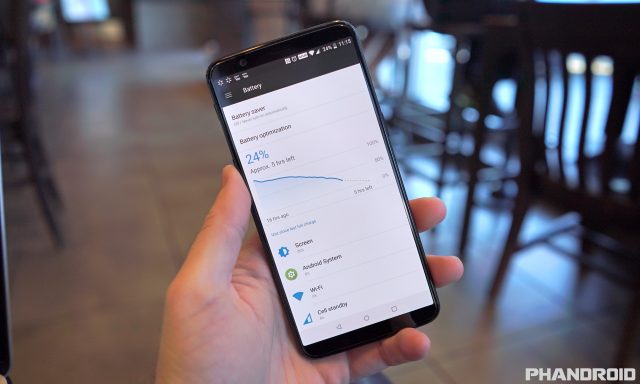 Before we start, it’s worth mentioning again (as we always do) that battery life is one of those things that will never be the same for any two people. There are far too many variables at play. Even when dealing with two of the same exact same devices things like the apps installed, cellular signal, or services running in the background — all of these things can greatly impact battery life and can skew the results. All I can do is compare the battery life I’ve received on devices with similarly equipped hardware (processors/battery capacity). With that out of the way, let’s continue… 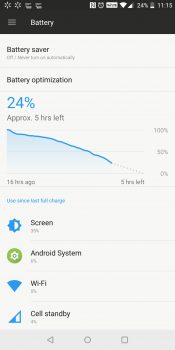 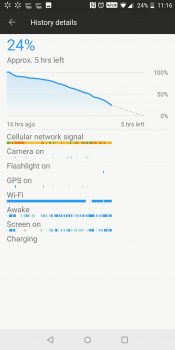 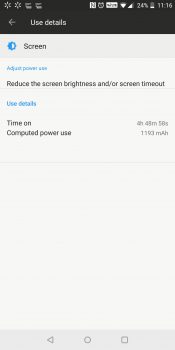 Over the past few days, I’ve been able to hit 5+ hours of screen on time consistently with the OnePlus 5T. It’s on par with the great battery life I was getting on the Pixel 2 XL and its 3,500mAh battery and much better than the 4+ hours I was getting on the Galaxy Note 8. For the record, this isn’t what I’d consider heavy use. For the most part I’m checking Twitter, Facebook, or Gmail every so often, browsing a little Reddit, and firing off the occasional message to friends or family. It lines up with what I was seeing on the OnePlus 5, even though the display on the 5T is larger and theoretically more battery hungry.

As for additional details, my brightness is manually set to about 50%, I have around 150+ apps installed (including Facebook and Facebook Messenger which are infamous battery hogs) and face unlock is also active. I also use WON (Wake On Notification) which briefly turns on the display every time I receive a notification. So while it’s not heavy use per se, I haven’t exactly been holding back either. 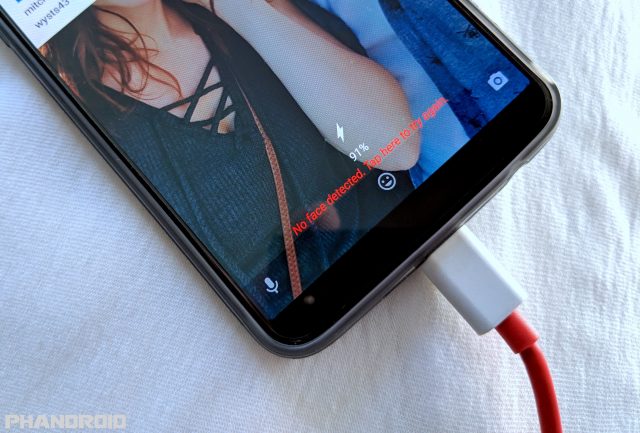 Battery life is only one half of the equation when examining battery life. Charging speed is another important metric and we’ve seen lots of advancements here over the past few years. Motorola has their own 30W Turbo Charging technology, while Qualcomm has been touting Quick Charge 4.0 as the next big evolution of fast charging.

As we saw with the OnePlus 5, the 5T is still using the same proprietary Dash Charge technology to quickly juice up the device in the shortest amount of time possible. It’s the fastest quick charging tech method we’ve seen on Android device thus far and it mostly has to do with how Dash Charge works.

The wall adapter is what handles much of the heat conversion, keeping the phone cool and allowing for the fastest possible charge times — even while the phone is in use or under heavy load (like playing a video game). You can’t say this about all fast charging technologies. For instance, the Galaxy S6, S7, S8, and Galaxy Note 8 don’t actually fast charge while the screen is on, a limitation unique to Samsung devices.

OnePlus often touts Dash Charge as delivering “a day’s power in half an hour.” What does this actually translate to in battery percentage? Well, in our testing it took the battery from 0% to 60% in just under 30 minutes, something demonstrated in the video above (and we saw reflected on our 5T). Funny enough, the video actually paints the Galaxy S8’s Adaptive Fast Charging in the best light by allowing the phone to charge while the screen is off, something that isn’t even possible while the screen is actually on.

While the OnePlus 5/5T hits 75% in only 40 min (wow), charging speeds are dramatically reduced after that, requiring another 37 minutes to fully hit 100%. Of course, this is how fast charging technology works and allows the phones to safely reach a full charge without any damage to the battery.

It is worth noting, however, that in order to reap the full benefits of Dash Charge, you’ll need to use both the official OnePlus USB cable and wall adapter that came in the box. Swap out a different cable, or adapter, and expect normal charging speeds. 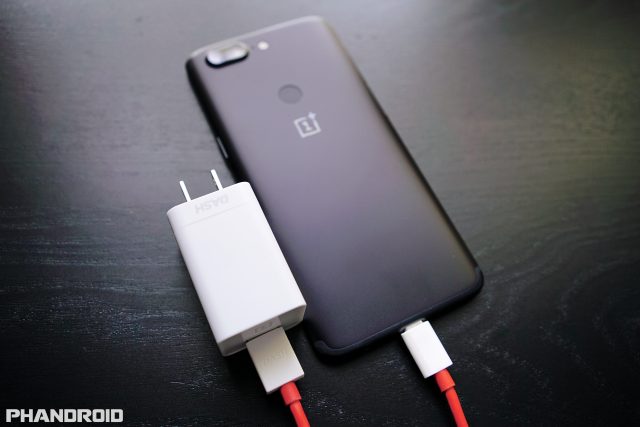 Okay, so you’re not going to go 2 days away from the charger with the OnePlus 5T, but you should have little problem getting through an entire day. In fact, you should have a little juice left over by the time you lay your head down at night, which should give you some peace of mind.

Of course this largely depends on individual usage, cell signal, and apps you have installed on your device, but for those times when you know you’re going to be away from the charger for an extended period of time (and you still want to capture 4K videos of the family), you’ll want to pack a portable charger. 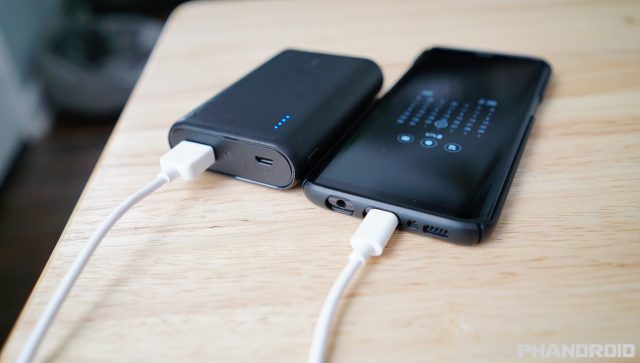 Our favorite? The Anker PowerCore 13000. Enough juice to charge the OnePlus 5T a few times over and with 3A charging, should give you faster charging speeds than most other portable chargers and you even get two USB ports to simultaneously charge another device. Really can’t go wrong with this purchase and at $30, it’s a steal. Easily one of our personal favorites. 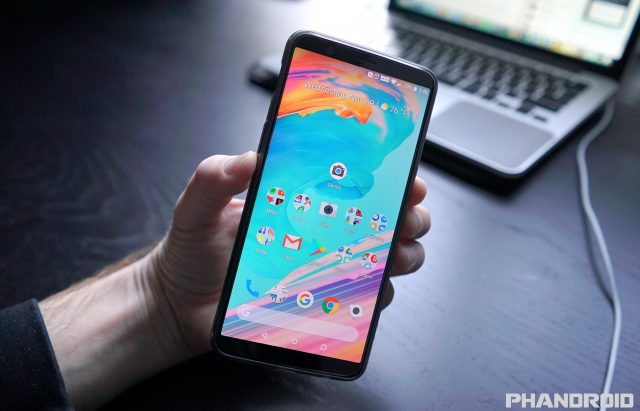 With that, we’ll turn things over to you. Any OnePlus 5T owners out there care to chime in on the battery life you’ve been receiving on the device? Report your battery life and charge speeds in the comments below so we can see even more results. If you were waiting for some kind of confirmation on battery life before finally pulling the trigger on the OnePlus 5T, you can buy one using our referral code and you’ll get $20-off any accessory of your choosing.