Google Lens is now rolling out to first-generation Pixel and Pixel XL smartphones. The feature made its official debut with the new Pixel 2 and Pixel 2 XL earlier this month, giving users the ability to find information in their photos, learn more about landmarks, and more.

Lens is one of Google’s most impressive uses of artificial intelligence, and through Android, the company is making it available to as many people as possible. It works by analyzing your images and finding information — such as phone numbers, dates, and addresses — within them. It identifies landmarks and provides more information about them, and it can also recognize things like books, music albums, movies, and more. 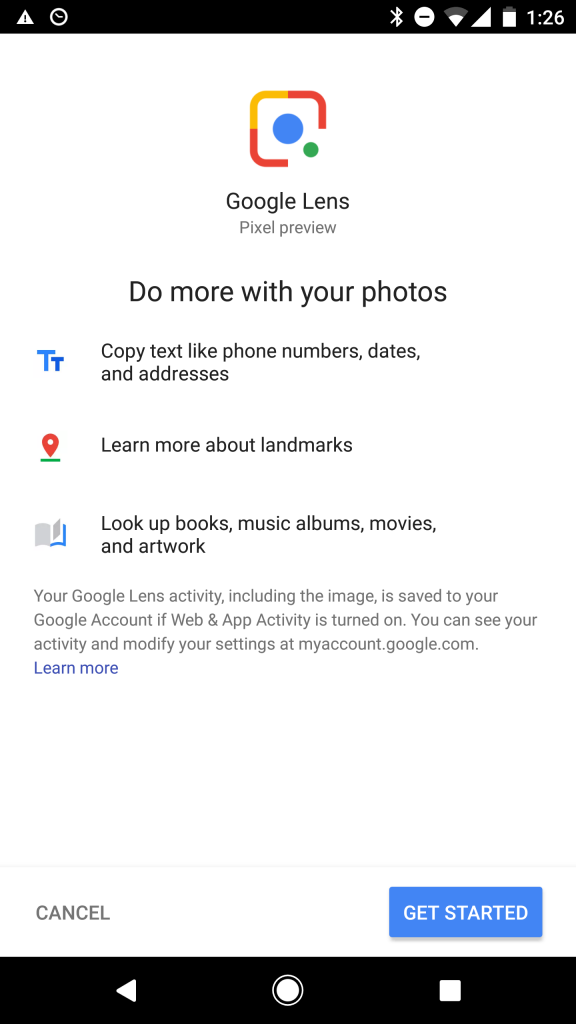 You had to have a brand new Pixel 2 to enjoy Lens just a few days ago, but now Google is rolling it out to original Pixel devices. Users on Reddit report that the feature appeared out of nowhere, without an app or software update, on Monday. It seems Google is able to activate the feature remotely.

Not every Pixel user appears to have access to Lens yet, so like a lot of things, this seems like a phased rollout. If you don’t see it, you can rest assured that it is on its way. Bear in mind, however, that this is the Photos version of Lens — not the Assistant version that scans objects in real-time.