We have heard rumblings that Nokia’s first Android flagship, the Nokia 8, would be launching in the US, but those claims were just left to speculation until today. Now, the device has passed through the FCC, revealing that the device is, in fact, coming to the US. 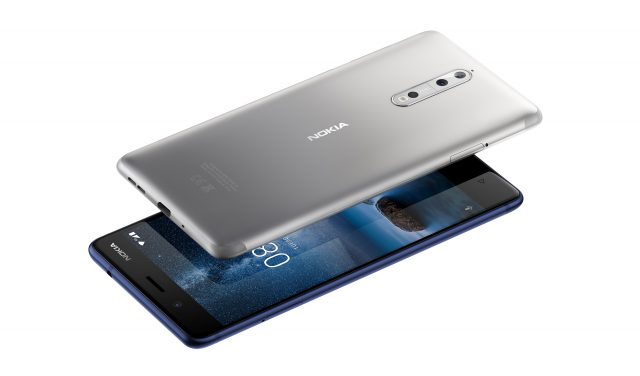 The device was announced a little over a month ago and features many specs that you have become accustomed to seeing in 2017 flagships, save for a 2:1 display aspect ratio. Instead, the Nokia 8 launched with a 5.3-inch 2K display, while being powered by the Snapdragon 835 SoC, 4GB of RAM, and 64GB of expandable storage.

Other specs include a dual camera setup, with dual 13MP sensors along with a 13MP front-facing camera, and a 3,090mAh non-removable battery. Additionally, the Nokia 8 does feature a 3.5mm headphone jack so that those in that camp can be appeased.

One thing that is interesting about the FCC filing is that the Nokia 8 is listed as featuring 6GB of RAM and 128GB of expandable storage, which would be a rather nice addition. Finally, there was no information revealed about potential pricing, but the European variant is priced at €579, which equates to ~$700, which also lines up with other flagships in the US.

Let us know what you think about this latest leak, and if you’re interested in seeing what Nokia and HMD Global have to offer the flagship market.