The past couple of weeks have been quite busy for everyone in the smartphone world, but there’s some good news on the horizon. Back on August 23rd, Samsung unveiled the Galaxy Note 8, its latest flagship device and the first Samsung device to offer a dual-camera setup.

Unlike LG, Samsung didn’t make anyone play the “waiting” game for too long, as pre-orders for the Note 8 started the next day, while claiming that shipments would commence in September. Well, it seems that some of you who have pre-ordered the Note 8 from the likes of Verizon or Sprint have been waking up to some exciting email notifications. 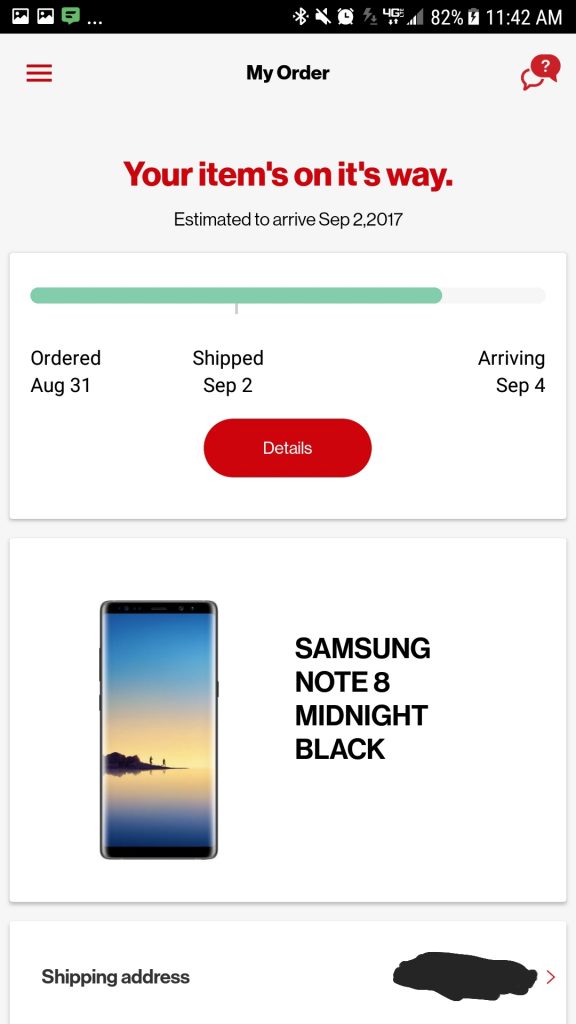 As you can see in the screenshot above, one faithful Phandroid reader received an update for their Note 8 order, with the device shipping out and scheduled to arrive on September 4th. Additionally, there have been a few users on r/Sprint who have claimed that they have also received shipping notifications, with the device slated to arrive next week.

If Verizon and Sprint actually follow through with these shipments, then there will be many excited Note 8 owners as the device is not even scheduled to officially release until September 15th. So, you would be getting the Note 8 about 2 weeks early, but it’s important to note that we’ve seen this happen before.

Samsung authorizes the devices to be shipped out early, but they are ultimately held by the shipping partner until a day or two before the official release date. Let’s hope this isn’t the case with the Note 8 and be sure to let us know whether you’ve already received your shiny new toy.