7 weirdest Android smartphones that were crowdfunded

The smartphone industry is dominated by tech giants like Samsung and Apple, but that hasn’t stopped a few companies from attempting to create something new. Kickstarter has opened the door for thousands of projects and smartphones are no different. Here’s a peek at some of the most unique and downright weird phones that the tech community has crowd funded on sites like Kickstarter and IndieGoGo. 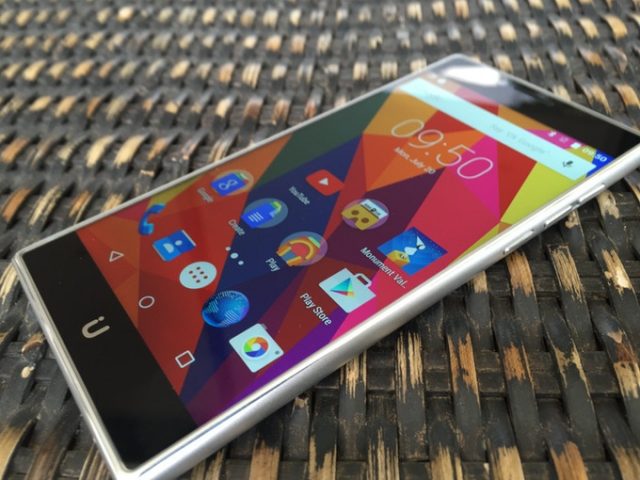 The Ubik Uno was announced via Kickstarter on Jul 21, 2015 and released later that year in September, but most media coverage for the device was pretty negative. Some of the biggest criticisms about the phone came from the design decisions the team made. The huge U logo on the front looks like a button but it’s not. The sides are bezel-less as promised, but phone features a pretty large top and bottom chin.

The specs were pretty mid-range for their time and a phone that cost $320 found itself hard to differentiate itself from competition like the OnePlus 2, which featured better hardware for a lower price. 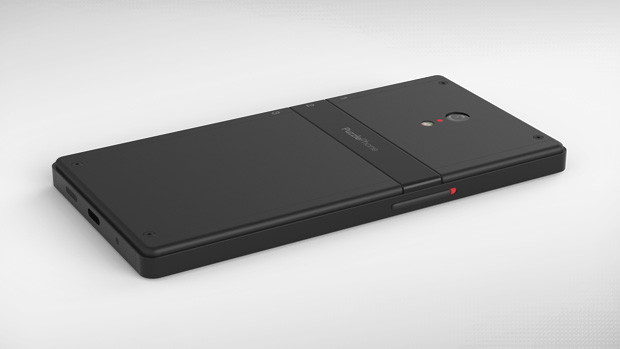 The Puzzle Phone was conceived at the height of the modular phone craze in 2015, when Project Ara was poised to be the next big experimental thing from Google. The company behind the phone decided to use IndieGoGo as a platform thanks to its flexible funding goals, allowing them to collect all of the funds even if the campaign isn’t successful.

Arrow Electronics started the campaign asking for $250,000 and they managed to collect $116,005 or 46% of the funds they were seeking. It’s now 2017 and the last update from the company was 4 months ago, stating that the phone is still coming. That update reads:

Dear PuzzlePhone backers and supporters, there are no news on PuzzlePhone release date at this point. As of today, we can neither confirm nor deny that Circular Devices has secured more private funds to continue the making of the PuzzlePhone due to the slow and not flexible enough payment scheme of the committed public funds.

So more than 2 years later and the backers of this project who paid $333 are left high and dry. Who knew producing a modular smartphone could be so difficult, right? 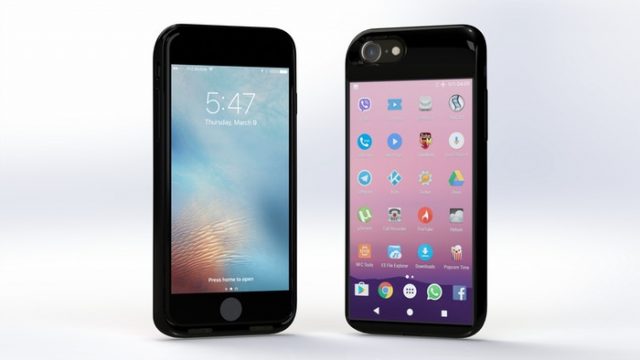 This idea launched on Kickstarter earlier this year and aims to bring the Android experience to iPhone 6 and 6+, 6S and 6S+, 7 and 7+. They’ve yet to ship to ship their Android case to backers despite the expected release date of August 2017 when the campaign launched. However, they’ve been pretty generous with their updates.

The original timeline wasn’t enough to complete the product and didn’t include any slack that is must to approve communication device with all the required regulatory approval. This stage along [sic] required 4 months if it goes smoothly.

They’ve also shared some 3D printed models of the case they’re developing as they work on getting approval. 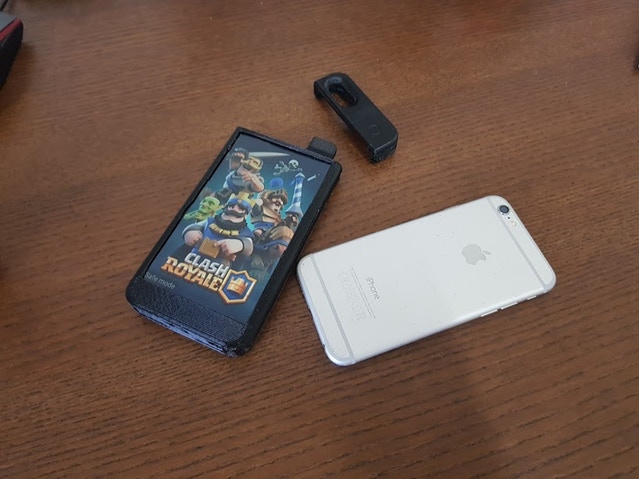 This project still seems up in the air on whether it will deliver or not, but it’s certainly interesting. One of the use cases shown in the Kickstarter was being able to do your finances on your iPhone while switching to the Android calculator. Good thing us Android users have pop-up calculator options from the Google Play Store.

The Eye Smart Android Case was $189 during the Kickstarter. 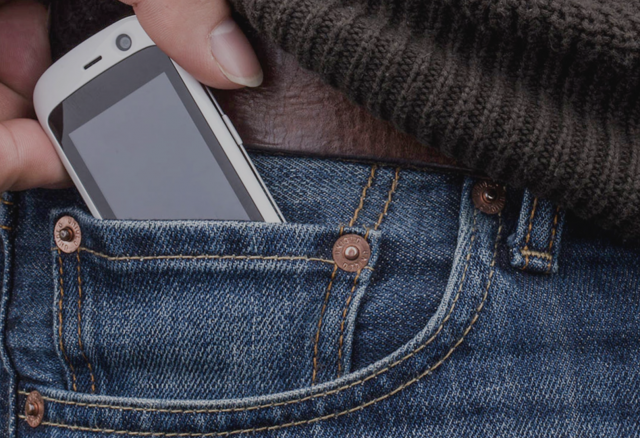 Want the smallest smartphone in the world with a 4G connection? That would be the Jelly Phone, which was Kickstarted successfully earlier this year and is now available for purchase in the US for the low, low price of $125. you get the phone with the barebones specs you see above, but in a flip phone size that fits in your coin pocket. 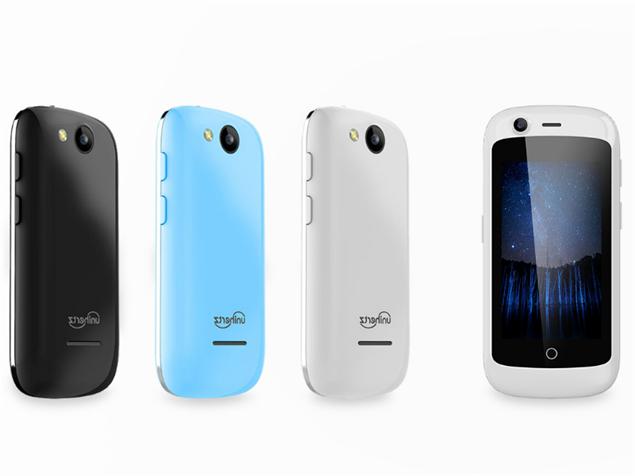 Mr. Mobile did a comprehensive review of this phone that mentioned some of its more negative points, including the fact that Android just isn’t designed to support screens that are as small as the phone found on the Jelly Phone. The app experience and inability to resize apps to fit the tiny screen leads to a frustrating experience. But hey, it’s small and unlike some of the other products on this list, you can actually purchase it. 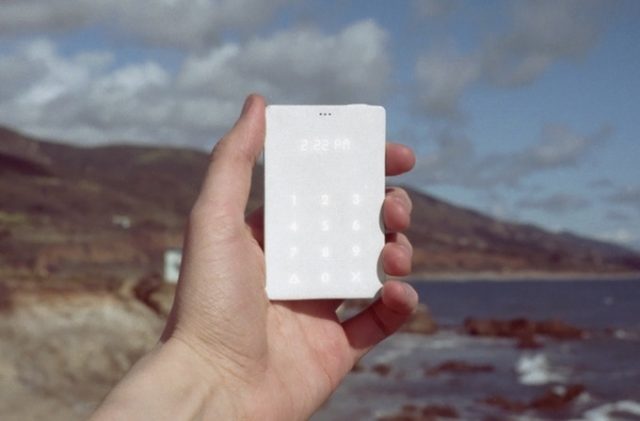 The Light Phone is interesting because it’s a way to leave behind your current phone and all of its distractions, but still offer people a way to contact you. It’s a credit card sized phone that is only capable of receiving and making phonecalls. It features a 20 day standby and a programmable speed dial so you can contact those you need while you’re without access to your phone.

It’s an interesting idea, but I’m not exactly sure who all this appeals to. That being said, The Light Phone is actually available to purchase but they’re currently on backorder due to popularity. 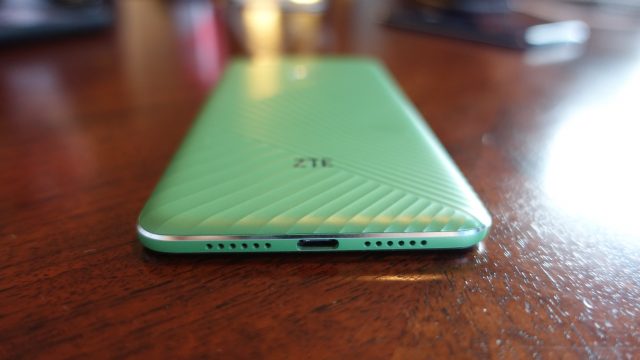 ZTE saw the success of the Nextbit Robin Kickstarter and decided to try and entice techies with a self-adhesive phone that features eye tracking. The Kickstarter launched earlier this year asking a whopping $500k to develop the phone, but after a month ZTE had only managed to raise $36,000 from backers.

Since the project didn’t meet its goals, ZTE shut it down and now we’ll never know whether the Hawkeye would be a worthy phone. For the specs you see, the phone was to have cost $199 and featured some funky backs in the name of being self-adhesive. 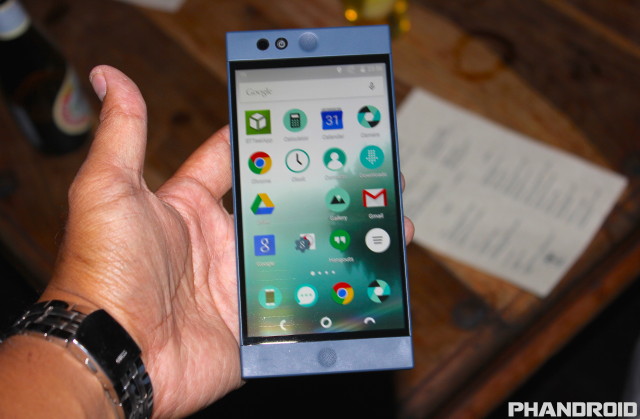 The Nextbit Robin is arguably the most successful phone on this list, as it sought to create a new way to use your phone entirely. While it only featured 32GB of onboard storage, each Nextbit Robin user got 100GB of storage space for to swap out apps on their phone. It was a novel concept but one that didn’t last.

The company was bought out by Razer and the remnants of the company are being repurposed to work on Razer’s own smartphone prototype. You can still buy the Nextbit Robin for around $125, which is a far cry from the $399 launch price the phone received when it debuted.

Despite all of its weird cloud-enabled quirks, the Nextbit Robin’s colors and design made it a phone that stands out from the crowd. 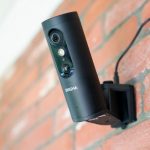 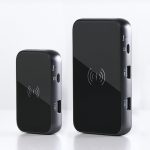