There were reports building that Google was facing too many challenges with their Project Ara efforts and that the company has shelved plans to launch the project in a year’s time. Those reports were backed up by the company backtracking on plans to trial the tech out in Puerto Rico. 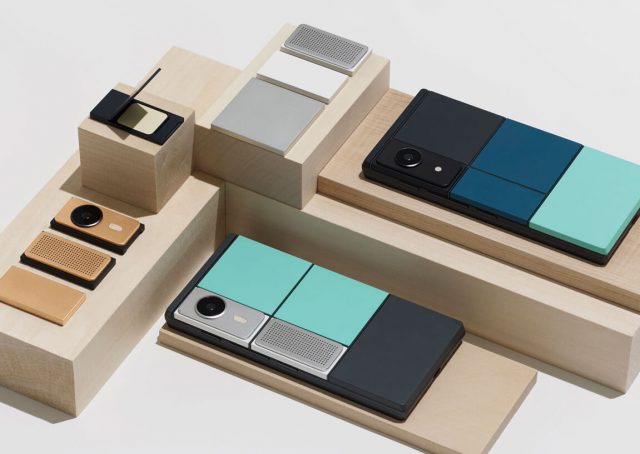 Well, brace yourselves for more bad news: multiple outlets are saying Google is done with Project Ara. If you don’t know, Project Ara is the name of a modular phone concept that Google has been working on ever since they adopted the efforts from then-owned Motorola. Ara phones could be mixed and matched with different units to user’s taste, so if you wanted more battery life you could opt to go without a front camera, or if you wanted more RAM it was easy to slide a new stick in as if you were doing it on a desktop computer.

Reuters reports that the project was scrapped because the cost of bringing the technology to market was growing to be too much to bear, a cost which would have likely had to be passed onto consumers. Of course, this is problematic considering the whole point of Project Ara was to bring more affordable smartphones to market by letting users buy only the bells and whistles they need.

Per 9to5Google, Dan Makoski — former product head of ATAP and the man responsible for launching Project Ara — was deeply disappointed by Google’s decision:

It’s disappointing to the teams who have worked so hard to make it real, disheartening to the developers hoping to bring their innovations to life, and frustrating to the fans across the world who were so eager to have Ara in their hands.

Makoski went on to suggest modularity definitely has a place in the market, and maybe he’s right. Both LG and Motorola have released mainstream devices this year which feature modularity in some form or fashion. It may not be the same concept Project Ara was aiming for — the ability to interchange any and every piece — but it’s clear that the abstract idea is starting to catch on.

Ara’s suggested death doesn’t spell the end of any of that, though. As we’ve seen many times in the past, Google attempted to push the market forward with an idea, and although their exact vision didn’t catch on, they helped blaze the trail for phones like the Moto Z and LG G5 to introduce it in practical and very useful ways.