[This is CRAZY] Watch this Galaxy S5 fall 1,000 feet to the ground and keep working

In a world where we are constantly worried about our phones dropping and breaking from a few feet, it’s almost unfathomable to think what would happen to a phone dropped from an airplane. But as you can see in the video here, that’s exactly what happened.

A man from Kentucky was flying his airplane about 1,000 feet in the sky while taking some pretty cool videos. Then, he put his phone a little too close to the open cockpit window and the Samsung Galaxy S5 was sucked out of his hand and began its freefall.

The phone fell for a total 13 seconds, plummeting about 1,000 feet, while capturing the free fall. Unfortunately, you can’t really see much of the scenery, until the phone hits the ground and it’s covered in grass. But crazily enough, the device kept recording for quite awhile, until it was discovered by the homeowner.

The homeowner retrieved the device thinking it was the next door neighbors, but after the neighbor confirmed it wasn’t theirs, the mystery began. The owner of the device was able to find it thanks to GPS tracking, and once it was retrieved, found that there was no damage done.

This is incredible that the phone fell from that far, landed in some grass, and didn’t sustain any damage. I can’t say the same would happen for the Galaxy S8 or the upcoming Note 8. 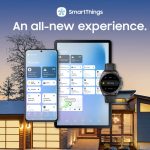