Essential may look to create the true successor to Google Glass

There’s been a lot of information coming from Andy Rubin’s new company, Essential, and some of the projects that have been in the works before the official unveiling of the Essential Phone. During an interview with Walt Mossberg, Rubin explained that Essential is operating under a parent company, which was used to keep patents away from prying eyes. 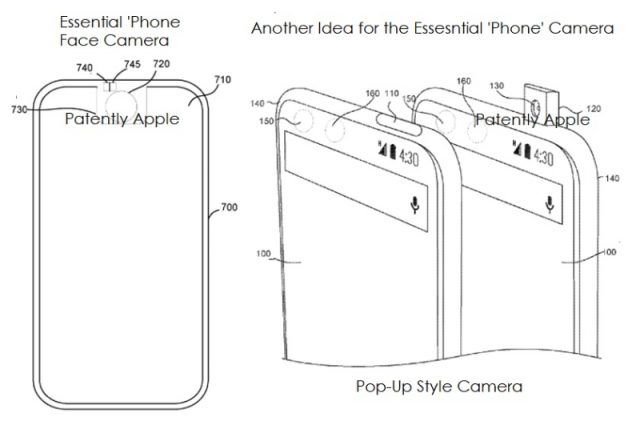 However, now that we have learned about the parent company, the folks at Patently Apple were able to locate the various patents which Essential owns. We now know that Essential opted to use a unique design for the display, with a cutout at the top for the front facing camera. However, it seems that Rubin had another idea where the camera would pop-up from the top of the device, and could be retracted when not in use.

This obviously could have been cause for concern for a camera that has the possibility of being broken if the camera were to get stuck. So thankfully Rubin and the Essential team opted to drop this idea and release a more traditionally styled camera setup. 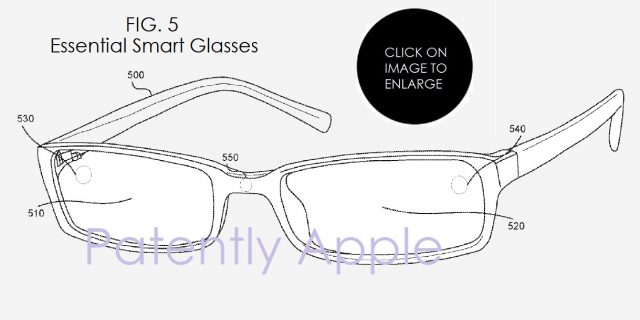 The fun doesn’t stop there though, as another patent owned by Rubin’s company shows off a concept for some new smart glasses. These glasses would include a camera placed underneath the “dual-mode” display, while also being compatible with prescription lenses.

It’s interesting to see that Rubin is considering entering a market that Google attempted to with Google Glass. In the Wired coverage of the Essential products, the reason for Glass’ failure was “not because the tech was bad, but because the world wasn’t ready to wear them”. Considering this was before these new patents were found, it was a slight hat-tip to what other plans Essential has for new wearable devices.

Hopefully, we’re getting closer to a point where Google Glasses and competitor products can make a resurgence, and change how we interact with the world without our hands. Hopefully, we’ll be seeing more information revealed regarding Essential in the future, but we’ll have to keep trying to figure out what tricks are hidden up Rubin’s sleeve. 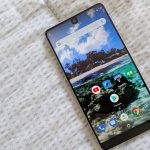 You can now pre-order the Essential Phone’s