You can go to Comcast for your home phone, internet, and TV, so why not wireless service, too? The company has formally launched Xfinity Mobile, as they confirmed they would earlier this year.

It’s a mobile network not unlike those being run by Republic Wireless or Google Fiber in that it’s an MVNO. They hook up to Verizon’s network, an immediate plus as it gives them nationwide reach and the promise of reliability.

Of course, Comcast’s goal is to make sure you don’t have to use that network too often, as Xfinity Mobile’s “x-factor” will be its ability to automatically connect to some odd 16 million Wi-Fi hotspots under Comcast’s control, as well as any other open ones in the area in case Comcast doesn’t have any.

As for the plan setup, a $65 bill will net you unlimited talk, text, and data, though you can get that cut down to as low as $45 if you bundle it with some of Comcast’s other services. And those who would rather on a pay-per-gigabyte plan will get to pay $12 per gigabyte. Doesn’t sound all that appealing for anyone who uses their smartphones more than sparingly, but options are options.

Phones that will be on tap include the Samsung Galaxy S7 and S8, the LG X Power, or the iPhone 7 if you’d rather go the Apple route. Comcast is still running trials, but it shouldn’t be long before they open this thing up for everyone. Sign up with Comcast to be notified when everything goes live. 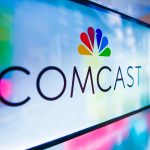 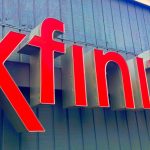 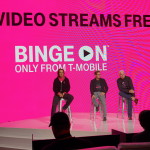