Is the ZTE Blade V8 Pro worth it? [REVIEW]

ZTE probably isn’t the first name you think of when looking for a quality Android device. Sure, the high-end ZTE Axon 7 could be considered great by most standards, but the company is mostly known for their low-end devices used to entice buyers into no-contract carrier plans. Nothing you’d want to write home about and definitely not something to be held in high regard. This year ZTE could be changing that. 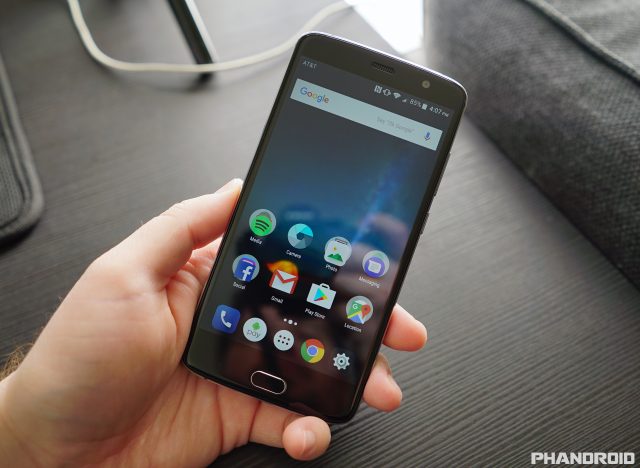 We’ve reached a point where the lines between mid-range, high-end, and premium devices are being blurred more each day. You no longer have to spend an arm and a leg to get a quality smartphone, something Honor tried to prove with the Honor 6X. The problem with the 6X is that it came with some pretty big trade-offs — namely, lack of NFC and 5GHz WiFi — something that may not sit well with everyone.

With the ZTE Blade V8 Pro, ZTE is out to prove that they can not only out price the Honor 6X, but build a phone without any of the hardware compromises. Can they pull it off? Looking at the spec sheet, it certainly looks that way:

Judging by the spec sheet alone, the ZTE Blade V8 Pro could very well be the least compromising Android device we’ve ever seen at this price point. But hardware specs alone do not a good phone make. We’ve been using the Blade V8 Pro extensively for the better part of a month now and wanted to share with you some of our thoughts in a bite-sized, easy to digest lightning review. Let’s get to it. 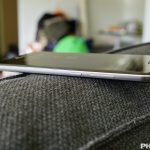 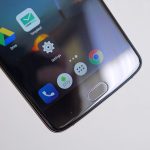 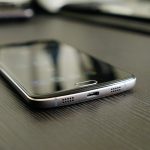 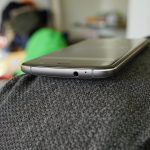 The ZTE Blade V8 Pro certainly isn’t the most elegant looking Android device around. Aesthetically, it’s more a mishmash of other Android devices. You get a “premium” metal frame that wraps around the sides of the device, with a soft, textured back coated in silicone for extra grip. More of a refined OnePlus 2 than the all-metal unibodies everyone is releasing these days but in a way, it’s sort of refreshing.

The phone doesn’t taper off along the sides, giving your hands plenty of surface area to hold onto and the rubbery back means it wont slide off your lap or give you get scratched up when laying the phone down on hard surfaces. The premium 2.5D glass feels great when sliding your finger over the edges and the 1080p display itself is crisp and vibrant — even at 5.5-inches — with a refresh rate that appears better than even phones double its price.

It’s solid construction all around and the phone doesn’t feel “cheap” in any way. In fact, we were damn near shocked at the level of quality when taking it out of the box. It’s just hard to believe that such a well-built smartphone could cost only $230. Its size is a bit hefty — around the same size as an iPhone 7 Plus — but it never felt overly large or bulky. We’ll admit, the Blade V8 Pro’s design is forgettable and somewhat generic, but don’t let that deter you from the device. After all, you’re buying phone — not a conversation piece.

Overall, there’s very little we didn’t like about the Blade V8 Pro. The software interface is clean and has a nice Material Design look throughout. It’s not exactly “stock” Android, but it’s a lot closer than you’ll get from competing devices. While we don’t agree with ZTE’s overly aggressive RAM management, which shuts down apps every time you turn off the display, at least they provided a way to turn this “feature” off in the settings app.

The biggest issue we ran into was a bug affecting music apps (they shut down after 15 minutes of playback), but ZTE says an update will be rolling out soon to address this. Whether this will be an update to Android 7.0 Nougat remains to be seen, but the Blade V8 Pro comes out of the box running Android 6.0.1 Marshmallow which is nearly a year old at this point.

Performance is easily in line with phone’s of yesteryear, something that shouldn’t come as a surprise considering it’s being powered by a Snapdragon 625. Those “upgrading” an older device to the Blade V8 Pro shouldn’t have any complaints when it comes to speed, but you may notice a slight dip in performance if you’re coming from a more recent 2016 flagship. Even then, it’s nothing too dramatic, the phone actually keeps up quite well after tweaking the settings a little bit. 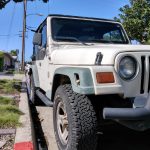 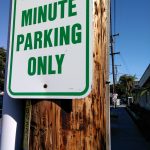 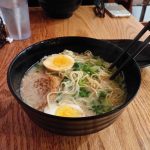 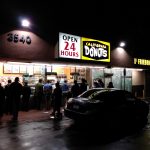 This surprisingly energetic speed also applies to the camera which is quick to fire off snap shots and takes great quality photos providing you stick to the phone’s HDR mode. Although I don’t much care for dual-camera setups (which, quite frankly, I find a bit gimmicky), utilizing both cameras to simulate a wide aperture worked reasonably well and is almost crazy this feature made it into a $230 smartphone. I’ve talked about the Blade V8 Pro’s camera at length during my comparison with the Honor 6X, so if you’re looking for something a little more in depth, I’d suggest you head over there.

Battery life with the Blade V8 Pro is fantastic, thanks in part to the Snapdragon 625 barely sipping juice from the 3,140mAh battery. The phone’s software doesn’t provide you with actual stats for screen-on-time, but I can tell you I had a hard time getting the phone anywhere below 50% before going to bed. The phone also charges up relatively quick thanks to Qualcomm Quick Charge 2.0 which may not be the most advanced version of the technology, but it’s certainly better than nothing and the fact that ZTE had the foresight to go with a USB Type C port instead of micro USB was welcomed. 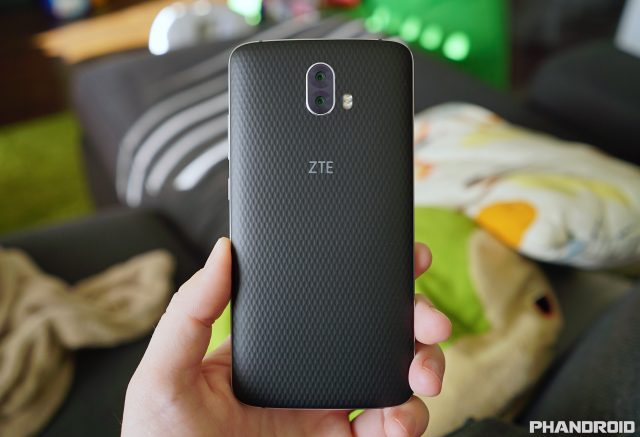 Audio quality was also particularly nice thanks to “HiFi audio 2.0” and Dolby Audio running the show, pumping out lively and upbeat audio through your headphones. The speaker itself is a little on the quiet side, but the quality was nice enough to comfortably watch videos without hurting your ears. It’s possible to fine tune the EQ settings which universally work across the OS, something I particularly loved as a frequent YouTube watcher.

For more Blade V8 Pro tips and tricks — especially if you already own the device — check out our post outlining all the first things you should do. 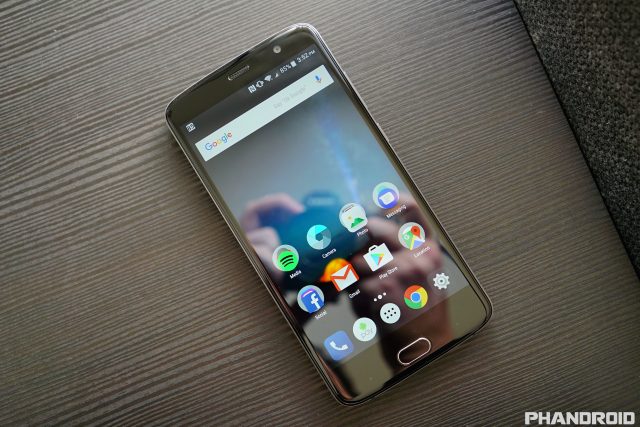 I generally consider myself a pretty frugal and conscientious buyer. Whenever shopping around for a new piece of tech, I like to do my research and find the best possible item for the least amount of money. We all know there are some trade-offs to be made, but sometimes the savings can be more than worth it and there’s no better feeling than knowing you scored a great deal on an even better product. For me, I see nothing wrong with buying generic — but only as long as the quality is there.

For smartphones, there’s generally been this sort of sliding scale, one that sees many high-end features being sacrificed as the price drops lower and lower. I don’t know how ZTE did it, but they’ve managed to give consumers the full smartphone experience (big display, great camera, long battery life, fingerprint sensor), at the lowest possible price.

Typically when shopping for smartphones, there is very little I am willing to compromise on (a big reason why I always gravitate to high-end flagships). I simply refuse to use a smartphone with low quality display, small battery, terrible camera, slow performance, low storage space — these are just a few of the areas where the Blade V8 Pro doesn’t fall short where most other budget devices have.

With everyone’s eyes locked to the premium smartphone market, the battle has certainly been heating up in the affordable category. As a self-proclaimed smartphone snob, I never thought I could go a full month — hell, even a week — with a $230 smartphone and still be satisfied, but somehow this is exactly how I felt using the ZTE Blade V8 Pro. It was actually a pleasurable experience and I give the V8 Pro two enthusiastic thumbs up.

Is it worth it? 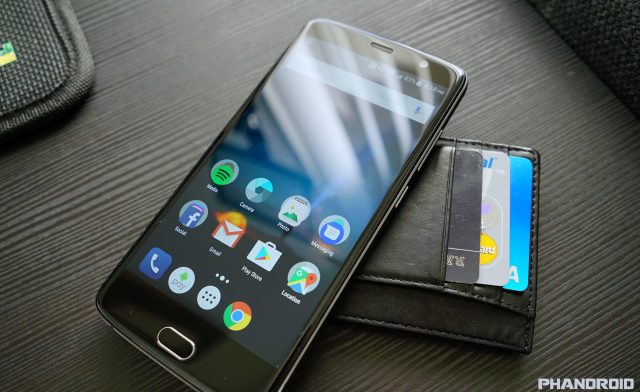 Shopping for a new smartphone around the 250 dollar mark, you generally have to make quite a few sacrifices. For the Honor 6X it meant missing out on NFC and the 5GHz WiFi band as a necessary trade-off. Even with the V8 Pro’s shortcomings (don’t expect proactive software support for anything outside of critical bugs, let alone major Android releases), as-is, the Blade V8 Pro is up there with some of Android’s greatest and very well could be one of the best affordable devices we’ve seen since the Moto G. If you’ve been looking for a new Android device to replace your aging HTC One M7 or Galaxy S5 — this could be your most compelling reason yet to upgrade, especially for those on a tight budget.

The ZTE Blade V8 Pro is by far the most well-rounded smartphone in its price category, offering up a complete smartphone experience with little-to-no compromises. In a world full of $650+ smartphones, it’s one of the first budget devices I found myself actually getting excited about. I wholeheartedly recommend the ZTE Blade V8 Pro to anyone looking for a quality Android phone for the least amount of money possible.