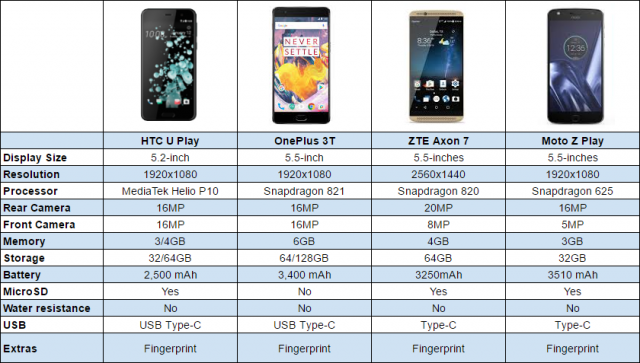 The HTC U Play is the second device that was announced today. It’s the more affordable mid-range partner to the high-end HTC U Ultra. Mid-range devices are arguably more popular than high-end flagships these days. You don’t have to spend an arm and a leg to get a good phone anymore. That still doesn’t mean every mid-range phone is good. We’ve compared the U Play with other mid-range phones to find out how it stacks up. 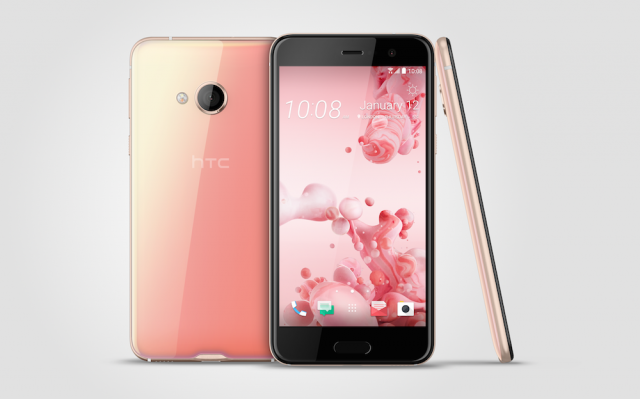 The nice thing about mid-range phones is they often have more reasonably sized displays. That’s certainly the case with all four of these devices. The Play has the smallest display at 5.2-inches, which is the same size as the HTC 10, last year’s flagship phone. The other three phones have 5.5-inch displays

Screen resolution is mostly standard across the board. 1080p seems to be the norm for mid-range devices. The ZTE Axon 7 is an overachiever with a 2560×1440 display. Frankly, 1080p is still perfectly fine for a smartphone display. Most people wouldn’t notice the difference between the OnePlus 3T and Axon 7 display.

One area where mid-range phones often suffer is the camera. All four of these phones have good cameras on paper, but megapixels never tell the whole story. We already know that the three phones on the chart that have been available for a while don’t have the best cameras. The OnePlus 3T probably has the best camera in the chart. We won’t be able to rate the Play’s camera until we get it in our hands, but it should be more than capable of competing with the other devices. 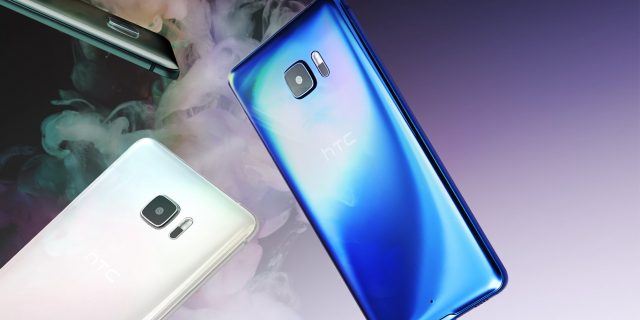 Besides the camera, performance is where mid-range phones really show their weaknesses. The HTC One A9, which can be considered the precursor to the Play, was very underpowered. The Play swaps out Snapdragon for a MediaTek processor, which is a slight improvement. Still, the Play is the most underpowered phone in this chart. The OnePlus 3T is the obvious winner here.

Battery life doesn’t look much better. At just 2500 mAh, the Play has the smallest battery of the bunch. That was another major problem with the One A9. It would have been nice to see even a 3000 mAh battery, which is what was in the HTC 10. The Moto Z Play is far and away the winner in battery life. It can last nearly two full days.

Which phone comes out on top?

Every mid-range phone has to make sacrifices to be more affordable. Where those sacrifices are made is very important. HTC sacrificed performance and battery life, but unfortunately, there are many mid-range phones that don’t make that sacrifice. Compared to other devices in this category, the Play doesn’t seem to be a great choice. We’ll learn more in our hands-on time. What do you think of the HTC U Play?