Pandora Premium is a $10 per month Spotify competitor

Set to arrive at some point next year, Pandora will offer up millions of songs for on-demand playback, and you can either stream them at will or have them downloaded for offline enjoyment. It really isn’t much different from the established guys in that regard.

What Pandora will have is a nice leg up on the music discovery and recommendation game. The company has collected data using its music genome project for years and have built one of the best personalization engines in the game. The only problem is that users didn’t have much say in their music-listening endeavors outside of a quick skip to the next song. You’ll have full control over where you go from there.

Of course, that bit will be just as important an element of Pandora’s service. The company will offer up features that will automatically add tracks to a new playlist based on a song, artist, or album, so it won’t take you an eternity to scrounge up some quick tunes for whatever mood you’re in. It’ll also learn your preferences over time, and if you were already using Pandora’s previous services you’ll have that optimization from the go as Pandora will pull data from that.

Pandora has a big chance to succeed here, what with them already having close to 80 million listeners across their free and “slightly” premium offerings. Whether they can reach Spotify heights of dominance will depend on a boiling pot of other elements, such as marketing, content, and the overall user experience. We’ll have to wait for details on the final goods before we allow ourselves to get too excited, so we’re looking forward to 2017. 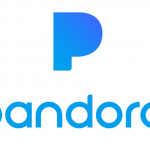 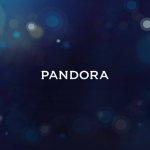 Uber and Pandora team up to bring more tunes